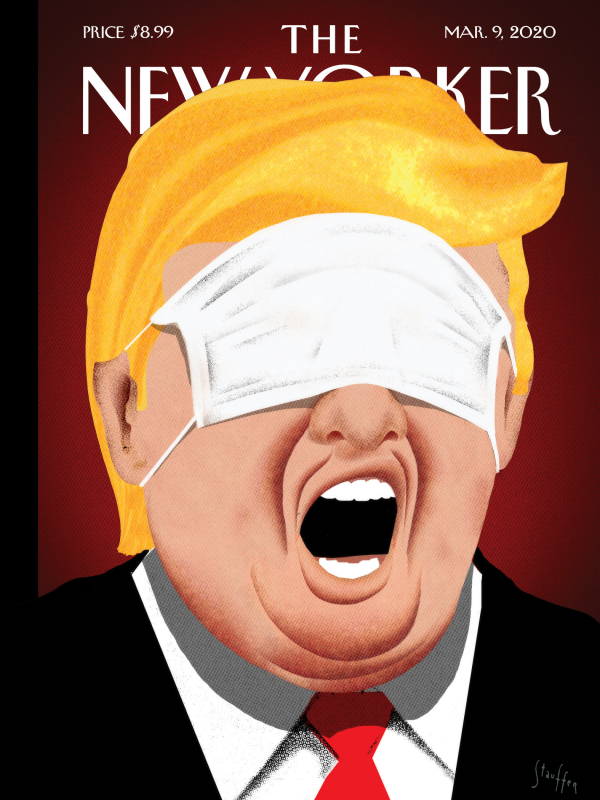 When Florida Gov. Ron DeSantis (R) needed a new mind to join the state’s team of data analysts, many of whom have been working to monitor the coronavirus pandemic, he turned to an unlikely candidate.

Last week, Kyle Lamb, a little-known sports blogger who moonlights as an anti-masker, announced he had been hired to do data analysis, “including but not limited to COVID-19 research,” for the governor of Florida.

Lamb, 40, is not a data scientist by trade or training. In his own words, he is “not an ‘expert.’” His public statements about the pandemic have frequently contradicted advice from public health officials, and he has dedicated much of his coronavirus commentary to undermining experts.

Yet Lamb, who has been cited on Fox News for his coronavirus-related tweets, will join a team that monitors coronavirus outbreaks in a state that has seen at least 852,174 cases and 17,460 deaths since the start of the pandemic. In the past week, the number of COVID-19 cases has risen in Florida, and hospitalizations jumped by more than 20 percent.

Ryan Donnelly, a former sportswriter who worked with Lamb at a sports publication in 2018, told The Washington Post in a Twitter direct message that the podcast host has no background in data analysis or epidemiology.

“He is totally unfit for the role and appears to have been hired because he enjoyed posting charts and graphs on Twitter and offering misleading analysis alongside them,” Donnelly told The Post.

Lamb did not immediately return a request for comment late Tuesday.

While it’s unclear how the governor’s office came to its decision to hire Lamb, they may have spotted his work in a conservative blog that has promoted an unsubstantiated claim that Florida had overcounted COVID-19 deaths, which has been previously cited by DeSantis’s spokespeople. DeSantis has often downplayed the severity of the pandemic and pushed to reopen businesses and schools in the state, even in the early weeks of the pandemic.

DeSantis’s office did not immediately respond to The Post’s request for comment, but a spokesman told the Miami Herald that Lamb’s work would pass “through about 10 hands” before reaching the governor’s desk.

Lamb’s former colleagues in the Ohio sports world, where he previously worked as a blogger and podcast host, have characterized him in interviews with the Herald and Tampa Bay Times as “a nobody,” “an amateur,” an “Internet weirdo,” and a “crackpot.” The only education listed on his LinkedIn profile is a one-year stint at the Ohio Center for Broadcasting from 2000 to 2001.

The blogger found a modicum of prominence in Ohio when he was covering domestic violence allegations against former Ohio State assistant football coach Zach Smith. Donnelly described Lamb as a “mouthpiece for Zach Smith” who published attacks against the coach’s ex-wife, Courtney Smith, after she filed a restraining order and accused Smith of throwing her against a wall while she was pregnant. (OSU fired Smith in 2018 and he later pleaded guilty to disorderly conduct; he was sentenced to spend 20 days in jail after violating his ex-wife’s restraining order in December.)

But Lamb gained most of his large Twitter following when he began posting colorful spreadsheets and graphs generated in Excel as communities across the United States went into shutdowns because of the pandemic. Donnelly described many of Lamb’s COVID-19 posts as “conspiracy theories and half-baked crackpot data” that were “constantly being proven wrong.”

“I am hyperventilating into my mask at the thought of this person being part of @GovRonDeSantis COVID data analysis team,” Emilio M. Bruna, a professor of tropical ecology and Latin American studies at the University of Florida, tweeted Tuesday.

Bruna decried the poor analysis in another tweet picking apart one of Lamb’s coronavirus charts: “We’re all going to die,” he wrote.

The Ohio Department of Health debunked at least one claim Lamb made about the state’s coronavirus test numbers being inflated, the Cincinnati Enquirer reported in July. Lamb later deleted his inaccurate tweet.

Lamb appears to work as an Uber driver and has had a smattering of sports-related podcast gigs over the years, according to his LinkedIn page. He has not been shy about his lack of credentials, work experience or formal education in medicine, epidemiology or public health.

“I’m not a doctor, epidemiologist, virologist or scientist,” Lamb wrote in the Patreon bio for his COVID-19 podcast, “Beyond the Fold,” which has 43 patrons. “Experts don’t have all the answers.”

“My job isn’t to study the virus itself or tell you how to protect yourself, your children or your family,” Lamb continued. “However, I will tell you what the data says about risk and I’ll provide all the context I possibly can.”

In his latest podcast episode, which aired on Election Day, Lamb argued that global “elites” were using the pandemic as an excuse to strip away private property rights.

For those who have known Lamb in Ohio, his new job has come as a shock.

“The idea that he is being put anywhere near the halls of power is so concerning,” Donnelly told The Post. “Everything he’s pulled at has been proven incorrect and misguided time and time again.”