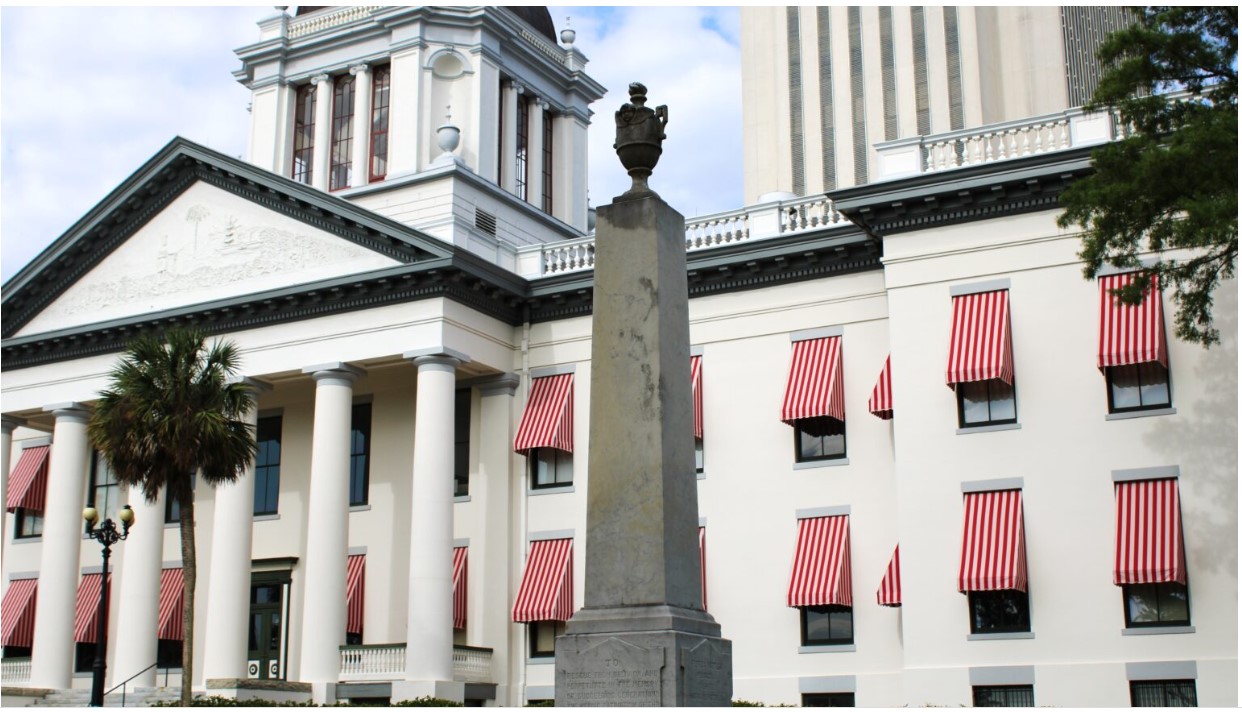 Florida was once a New South state.

From the early 1960s to 2000 or so, Florida had leaders who looked to the future, determined to leave Jim Crow behind and separate us from the likes of Alabama. We had governors committed to equal justice, open government, and voting rights — however imperfectly achieved.

No more. With the reelection of Ron DeSantis, and ultra-conservative victories in gerrymandered congressional districts across the state, Florida is sliding back into the mire of its Old South past.

Now, before y’all start yelping about how Florida isn’t really Southern, let me just remind you: Florida was third to secede in 1861, after South Carolina and Mississippi. North Florida was plantation country.

We can pretend that history doesn’t matter, but our justice system — much of it a relic of when white people were terrified that ex-slaves might wreak revenge on them — and laws like “Stand Your Ground” allow us to kill or incarcerate a disproportionate number of Black people. The way Florida’s ruling Republicans try to ban ideas they don’t like and encourage an absurd sense of white victimhood is more Mississippi than Minnesota.

You don’t have to like grits and sweet tea to behave like a member of the Pork Chop Gang.

As for DeSantis, he’s George Wallace with a Harvard Law degree and a talent for plausible deniability.

This isn’t a surprise. DeSantis didn’t really try very hard to disguise his racism when he ran for governor in 2018. He’d appeared at white nationalist conferences alongside the likes of David Horowitz and Steve Bannon.

DeSantis insisted he didn’t know those guys were racists; I mean, come on: “How the hell am I supposed to know every single statement someone makes?”

Perhaps someone could tell him about Google.

Over the past four years, DeSantis has let his racist freak flag fly. He appointed a person who apparently thought it was fun to dress up as a Klansman to the county commission in majority-black Gadsden County.

He rejected the Legislature’s congressional district map, which would have elected four black people to the House of Representatives, redrawing boundaries in a way that made the districts more white and more Republican.

His absurd Election Police did their best to scare voters a few weeks before the midterms, arresting 20 people, 15 of whom are black, for fraud. They all had felony convictions, but the state of Florida — whose responsibility it is to maintain accurate rolls — sent them registration cards and gave them the strong impression it was legal for them to vote.

One of the cases has already been thrown out by an exasperated Miami judge. But the damage was done. Many perfectly legitimate voters said they wouldn’t go near a polling place in 2022.

It’s only going to get worse. In their quest to ensure right-wing wins, Republicans have invented yet another way to suppress the vote. If you’re one of the 150,000 Florida citizens on probation, you have to attest that “you are solely responsible for determining if you are legally able to register to vote and that you must solely determine if you are lawfully qualified to vote.”

This is hard to do, given that the state often has no idea if you’re eligible to vote. You have to hope the county supervisor’s office can help or maybe hire a lawyer. If you vote illicitly, even if the state issued you a voter registration card, you’re busted.

For DeSantis and his party, the fewer people voting the better. A day before the midterms, The Washington Post reported that in South Florida, elderly people or those without cars who used to depend on friends to deliver ballots to the elections supervisor’s office were out of luck. “Ballot harvesting” is now a third-degree felony that can get you up to five years in prison.

Earlier in the year, U.S. District Judge Mark Walker, not fooled by nonsense about danger to the “integrity” of our elections, struck down DeSantis’ attempts to stop people of color from voting. He pointed to Florida’s “grotesque history of racial discrimination,” citing the 1920 Ocoee Massacre when at least 30 black people were killed by a white mob furious that “negroes” were trying to exercise the franchise.

Unfortunately for democracy in Florida, the Trump appointee-heavy U.S. Court of Appeals for the Eleventh Circuit overturned Judge Walker’s ruling.

On Nov. 17, the same judge halted enforcement of the “Stop Woke Act,” an attack on academic freedom in schools and universities that would discourage honest discussion of Ocoee or the Tallahassee Bus Boycott or the astonishing number of lynchings in Florida, more per capita than any other state.

The judge quoted George Orwell, blasting DeSantis’ attempt to deny teachers free speech rights here in the “free” state of Florida. If they hear about systemic racism or white privilege or read “The 1619 Project” or maybe novels by Toni Morrison or poetry by a gay person, well, something terrible will happen.

Knowledge is scary to our Viktor Orbán-wannabe. Confederate states banned Uncle Tom’s Cabin, lest impressionable people decide slavery was wrong. Ron DeSantis tries to conceal public records that you, the citizens of Florida, have a right to see. His administration had to be dragged into court and forced to release information about how his minions conspired to trick legal Venezuelan asylum seekers in San Antonio onto planes to Massachusetts where they were abandoned and forced to depend on the kindness of strangers (which turned out to be considerable).

In 1861, Confederates felt certain God had made them for a special purpose: saving the white race. In 2022, a midterm campaign ad disguised as divine revelation intoned that, “on the eighth day,” God created Ron DeSantis to crusade against wokery and vaccines and reproductive freedom and affirmative action, and, of course, the scourge of Drag Queen Story Hour.

Most of the United States rejected this hatefulness and embrace of ignorance by refusing to elect authoritarians, election deniers, and white nationalists. Not Florida. We’re whistling Dixie and marching backwards into our future.

Image Credits:  A Confederate memorial stands on the lawn in front of the Florida Historic Capitol building on April 27, 2022. Credit: Danielle J. Brown