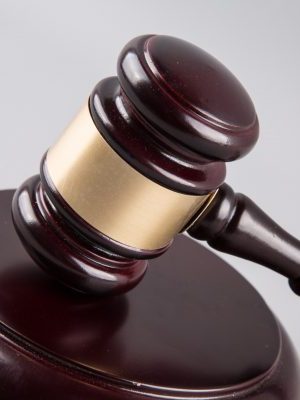 TALLAHASSEE — Florida school districts are free to implement mask mandates for students as of Wednesday after a judge struck down the DeSantis administration’s attempt to halt a recent ruling on face coverings.

The decision marks the latest chapter in a weekslong fight in schools and courts over masking children amid the Covid-19 pandemic, notching another win for parents who sued Gov. Ron DeSantis and state agencies for blocking local mask mandates.

The Florida judge’s decision means the Department of Education is prohibited from enforcing sanctions on defiant school boards that are requiring students to wear masks. The DeSantis administration is appealing the case. This legal challenge is slated to be heard next by the 1st District Court of Appeal as the DeSantis administration faces numerous other challenges its masking rules.

Some 13 school districts — including five in GOP-leaning counties — are requiring students to wear masks as the state grapples with a surge in Covid-19 cases fueled by the Delta variant, defying the DeSantis administration and state law. Those school districts represent more than half of the 2.9 million public school students in Florida. State Department of Education officials withheld the monthly salaries for board members in Alachua and Broward, the first penalties schools have faced so far as other districts work through the punishment process.

The fight over masking students has also drawn in the Biden administration, which previously vowed to financially support school districts that rejected DeSantis’ rules.

Taryn Fenske, a spokesperson for DeSantis, said after the decision that the state intends to file an emergency motion to reinstate the stay.

“No surprise here that Judge Cooper concluded that he is unlikely to be overruled on appeal. We (unsurprisingly) disagree,” she said in a statement.

In his decision, Leon County Circuit Judge John Cooper said that state officials are only enforcing pieces of the so-called Parents’ Bill of Rights legislation that the DeSantis administration has used as the foundation for banning school mask mandates.

“I didn’t write the (parents) bill of rights, I didn’t sign it as the governor did,” Cooper said Wednesday. “I just said … you have to follow the law – period.”

Cooper ruled last week that the DeSantis administration, through the Florida Department of Education and the state Department of Health, exceeded its authority by blocking mask mandates in schools.

While the state argues the “Parents Bill of Rights” prevents schools from mandating masks, Cooper again pointed to a key piece of the measure that allows schools to circumvent the legislation if they demonstrate “that such action is reasonable and necessary to achieve a compelling state interest.” In his ruling Wednesday, Cooper said that blocking the stay would cause no harm to the DeSantis administration.

“This case is about enforcing the laws the Legislature passed,” Cooper said. “That, and the pandemic situation that we are in, is why I think setting aside this stay is appropriate.”

Attorneys representing the parents who sued DeSantis said Wednesday that keeping the stay in place during the state’s appeal would lead to “more sick and dead children” in schools.

“Forbidding such standards in schools places all students, teachers, parents and staff in harm’s way in Florida’s school system,” said Charles Gallagher, an attorney for the parents.

Lawyers for DeSantis and the state pushed back against those claims, saying that Gallagher’s “rhetoric is unhelpful and irresponsible.”

And earlier on Wednesday, the governor downplayed the heated politics of masks, saying at an event in Flagler County that “I don’t know why the masks have politics around it.”

“Let the parents make the decision that’s best for their kids. If you want the masks, do it. If you don’t, don’t, that’s fine,” he said.

Attorneys for the state argued that the parents didn’t do enough to prove that removing the stay would cause them harm. All students are free to wear masks under Florida’s rules, which clarify that all parents must be allowed to opt their children out from wearing face coverings, lawyers for DeSantis said.

Florida’s ongoing legal saga over masks in schools has entered a new arena now that at least four school boards asked an administrative law judge to throw out the state Department of Health rule that blocks local schools from requiring students to wear face coverings.