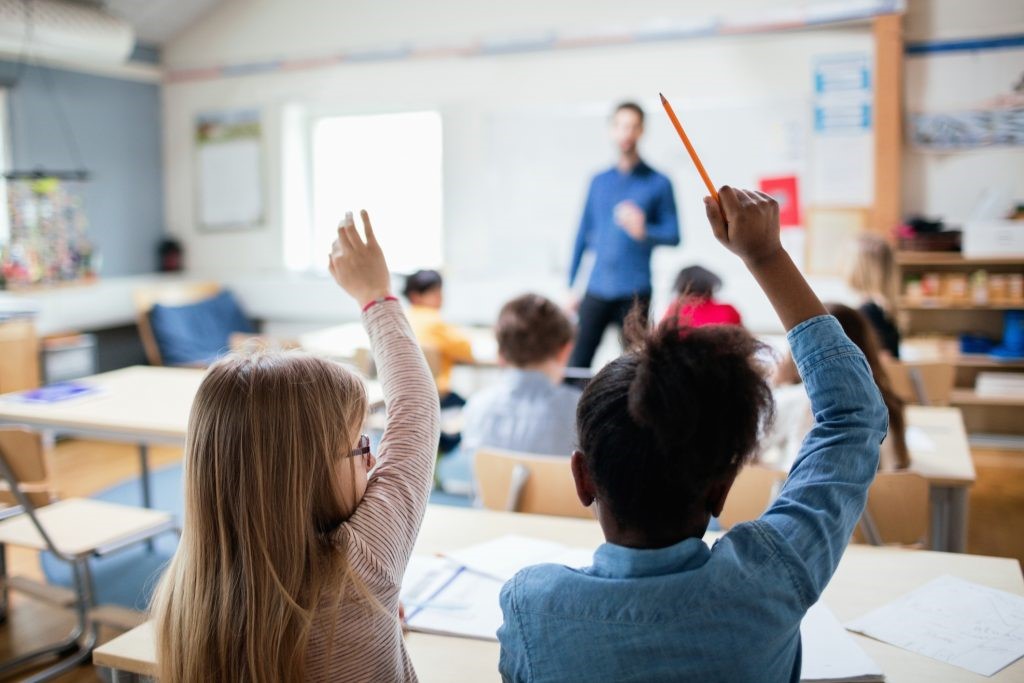 WEST PALM BEACH, Fla. — The Miami-Dade County school board couldn’t make up its mind. It has voted three times in four months on whether students can use a particular textbook, “Comprehensive Health Skills,” for sex education classes. The board for the state’s largest district signed off in April, then banned it in July after some parents objected and told members that they’d be known as “groomers.” That meant the cancellation of sex ed classes for more than 100,000 students. Board members reversed themselves again a week later.

The first day of school in Florida is less than two weeks away, but officials are still plagued by confusion and uncertainty about what a raft of new laws championed by Gov. Ron DeSantis (R) will mean. The measures — aimed at eliminating what DeSantis calls “woke ideology” in public schools — have parents, teachers, and students scrambling to figure out how to follow them and to also keep from being targeted by Floridians newly empowered to sue school boards.

Florida’s culture war is being waged primarily in schools. The DeSantis administration has decried teachings on race, suggested civics instruction that downplays the historical separation of church and state, told school districts to ignore advice from the federal government that guarantees civil rights protections for LGBTQ students and, on Wednesday, asserted that children in elementary schools are being told they are the wrong gender.

“That is happening in our country. Anyone that tells you it’s not happening is lying to you,” DeSantis said at a news conference.

His education department issued a memorandum the next day advising told school districts to ignore guidance from the Biden administration that says federal law prohibits discrimination based on sexual orientation and gender identity in schools.

The memo from Florida Education Commissioner Manny Diaz Jr. said the Biden administration’s rules “should not be treated as governing law.” Diaz’s memo also says schools can ignore suggestions from the Florida Department of Agriculture Commission that they should post “And Justice For All” posters from the USDA in schools. The posters explain anti-discrimination laws. Florida Agriculture commissioner Nikki Fried, the only Democrat in DeSantis’s cabinet and a candidate for governor, said schools should display the posters. But Diaz said that “doing so may create a conflict with Florida law.”

The result of all this conflicting instruction is confusion and fear, teachers say.

In Palm Beach County, one teacher changed her plans for a lesson about Sally Ride — the first American woman to fly in space — to omit the fact that Ride was a lesbian because she didn’t know how to explain that without running afoul of the new laws, according to Michael Woods, a special-education teacher there who knows the instructor.

Some teachers in Orange County say they don’t know if it’s safe to bring in photos of their same-sex spouses. The school district told them the pictures are fine but said they shouldn’t talk about partners, because “it could be deemed classroom instruction on sexual orientation or gender identity,” according to district spokesman Michael Ollendorff. Teachers in K-3 classrooms were also cautioned against wearing clothing that could bring up similar discussions.

“The vagueness of these laws is doing exactly what it was intended to do. It’s silencing teachers,” said Woods, who is also a member of the Classroom Teachers Association. “I have grown people coming up to me worried about what they can say.”

Spar said Florida’s new laws have made the profession less attractive for experienced teachers and new college graduates alike. A recent national survey by the American Federation of Teachers found that nearly 80 percent of teachers are dissatisfied with their job.

“And here in Florida it’s worse,” Spar said. “The low pay, the lack of respect, the constant villainizing, that all takes a toll.”

This Florida teacher married a woman. Now she’s not a teacher anymore.

Most public school teachers in Florida work under one-year contracts that can be canceled without cause.

Florida Education Commissioner Manny Diaz declined a request for an interview, but his office said the department has provided guidance to schools districts on how to follow the new laws. The guidance, however, mostly uses the language in the laws, which teachers say is too vague.

DeSantis says the laws are popular with parents. They passed easily in the Republican-led legislature. “The government should never take the place of a parent,” said Speaker Chris Sprowls when DeSantis signed the Parental Rights in Education bill. “We’re taking a firm stand in Florida for parents when we say instruction on gender identity and sexual orientation does not belong in the classroom where 5- and 6-year-old children are learning.”

The Parental Rights in Education act, dubbed “Don’t Say Gay” by critics, is the provision that bars classroom instruction on gender-related issues in grades K-3 and says lessons should be “age appropriate” after that. Even before the law was passed, those issues were not taught in early grades in Florida, Spar said.

In defending a lawsuit in federal court filed against the state in March by parents, students and several interest groups, Florida attorneys said teachers may still discuss such issues with students. A second lawsuit was filed July.

“Far from banning discussion of sexual orientation and gender identity, the legislation expressly allows age and developmentally appropriate education on those subjects,” attorneys for the state have written. “Consistent with that modest limitation, the law prohibits classroom instruction on sexual orientation and gender identity for the youngest children, neutrally allowing all parents, no matter their views, to introduce those sensitive topics to their children as they see fit.”

The state Department of Education has yet to define what “developmentally appropriate” means in the context of the new law.

Much of the consternation around the laws involves books. In Palm Beach County, teachers have been ordered to cull books from classroom libraries that are not “in compliance,” and to hide them “in a classroom closet” or somewhere else where students can’t see them. Woods, who has taught there for the past 30 years, said some of his fellow teachers have simply decided not to bring in any books at all.

Teachers in Brevard County have been told to “slow down” on adding books to the their classroom libraries.

“We’ve kind of asked teachers to press pause on that,” said Russell Bruhn, a spokesman for Brevard County Schools. He said the district’s media specialists are “going over titles as best they can to make sure that none of the titles are in violation of the new law.”

The state isn’t set to issue rules on books in schools until January. The current advice “preserves the rights of parents to make decisions about what materials their children are exposed to in school.” A process to rank, select, and eliminate titles is underway, and schools will be required to post online a list of all reading materials available to students.

“A lot of this is trying to get clarification and guidance from the state,” Bruhn said.

The school board in Miami-Dade County didn’t want to wait for the state rules. After initially approving “Comprehensive Health Skills” for middle and senior high health classes in April, members changed their mind.

A long-standing rule allows parents to opt out of having their children take sex ed classes, but opponents said that wasn’t enough. One said showing the book to students would be “illegal in the state of Florida.”

“If you adopt this, in the end, the country, the state, and your community will consider all of you groomers,” Lourdes Galban told the board, echoing a claim being used by some conservative groups that oppose sex education.

After school board staff said it would take up to eight months to find and vet another textbook on the subject, board chairwoman Perla Tabares Hantman flipped her vote and approved the new book.

That fight over sex ed in the state’s largest school district alarmed health professionals, who say public opinion surveys show significant support for sexual education. Florida has the third-highest rate of new HIV infections in the country according to the CDC and is ranked 23rd for teen pregnancies.

“Florida isn’t a state that’s doing a top-notch job in terms of sex education as it is,” said Ellen Daley a professor and associate dean at the University of South Florida who specializes in women’s health and sexual education. “Parents are generally positive about it, but now we’re seeing the system kind of going back in time to when these things were controversial. That’s really scary.”