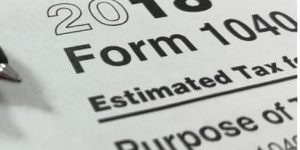 “Donald Trump promised that Floridians’ taxes would go ‘way down’ under his presidency. But instead of lending a hand, he passed a tax scam that further hollowed out middle and lower-income Floridians. The United Way reported that nearly half of state households are poor or struggling to achieve financial stability and Trump’s tax plan did nothing to help these families.

And rather than pay his own fair share of taxes, he did what he always does: he refused to live up to his most basic commitments.

Now we know why Trump worked so hard to hide so much. As Florida families were working hard and playing by the rules, Trump was exploiting loopholes to get out of paying his fair share. So, it’s no surprise that Trump pushed through a GOP tax scam that handed out massive giveaways to large corporations and further enriched the wealthy.

Floridians deserve leaders who will look out for them instead of looking down on them and help them get ahead and not leave them behind. Floridians are tired of paying the price for Trump’s broken promises, and this November we’re replacing him with a president who keeps his word — that leader is Joe Biden.”

Continuing our conversation about Racism
March 7, 2021