From impeachment to eviction: Not on our watch! 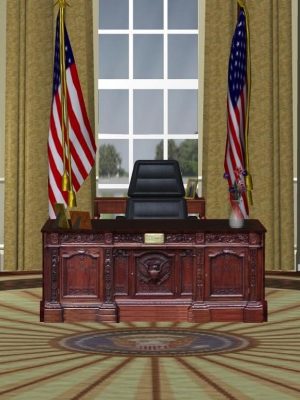 Editor’s note:  this article was published on July 29th, 2020.  She was mighty prescient!

If Trump loses this election, he may refuse to leave.

Whispers among high-profile Republicans, political pundits, constitutional scholars, and even Trump himself are growing louder for such a possibility. Trump’s potential attempts to falsely claim power would undoubtedly create a long-lasting political mess.

Let’s just hope this question cannot even be reasonably asked due to a huge Biden win in November, nationally and here in Florida.  However, in the months preceding the inaugural events on January 20th, we will see if such a historical high-jacking of the Constitution could become a real possibility.

Is it time to worry?

The 20th amendment to the United States Constitution states “the terms of the President and Vice President shall end on the 20th day of January.”  For 250 years presidents have formally transferred power to the president-elect without acrimony.

But this is the era of Trumpism.

In the Atlantic, former US Attorney Barbara McQuade maintains, “if Trump should fail in his final duty as president to transfer power peacefully, the nation’s laws, norms, and institutions will be responsible for carrying out the will of the electorate. Should those fail too, then the American experiment’s greatest achievement will come to a grinding halt, and with it the hope that a republic can ever be kept.”

Don’t pack your bags for Canada just yet.

Here’s a possible scenario outlined by a more optimistic Fred Kaplan in Slate if the improbable happens:

In other words, states Kaplan, “Trump could hole himself up in the Oval Office, but the Oval Office would very soon be cut off from all power. He would have no choice but to give up. It is hard to imagine, even in this time of hard-to-imagine things happening, that a single Supreme Court justice or more than a handful of congressional Republicans would stand up for Trump’s blatantly unconstitutional ploy to stay in power.”

Feeling better now?  Not so fast!

Just suppose this election is won on the margins and Trump screams “corruption.” Remember the contested 2000 election and the Florida hanging chad fiasco? The Supreme Court voted along ideological lines to essentially stop the disastrous vote-counting in our state and awarded the presidency to George W. Bush.  Our candidate, Al Gore, graciously deferred.  Oh, how I wish that had never happened!

So, what does all of this mean for Florida now?

It means is that we need to get our act together.  Florida’s preparation for November 3rd must be foolproof by hiring adequate numbers of poll workers, supplying voting machines that actually work, assuring a reliable mail-in vote count procedure, and supporting the presence of poll watchers protecting the voting process.

It also means something for you!

Call our office at 941-764-8440 or sign up here to volunteer for voter outreach.  Find out what they do and how you can help. Your efforts can help prevent an equivalent “hanging chad” embarrassment and preserve our crucial election integrity to vote “The Donald” out of office.  Chaos like the 2000 election fiasco must never again happen on Florida’s watch. Trump can run but he cannot hide from the rule of a legally conducted election made possible by you.