Get a grip, Democrats. Follow Pelosi’s example on messaging. 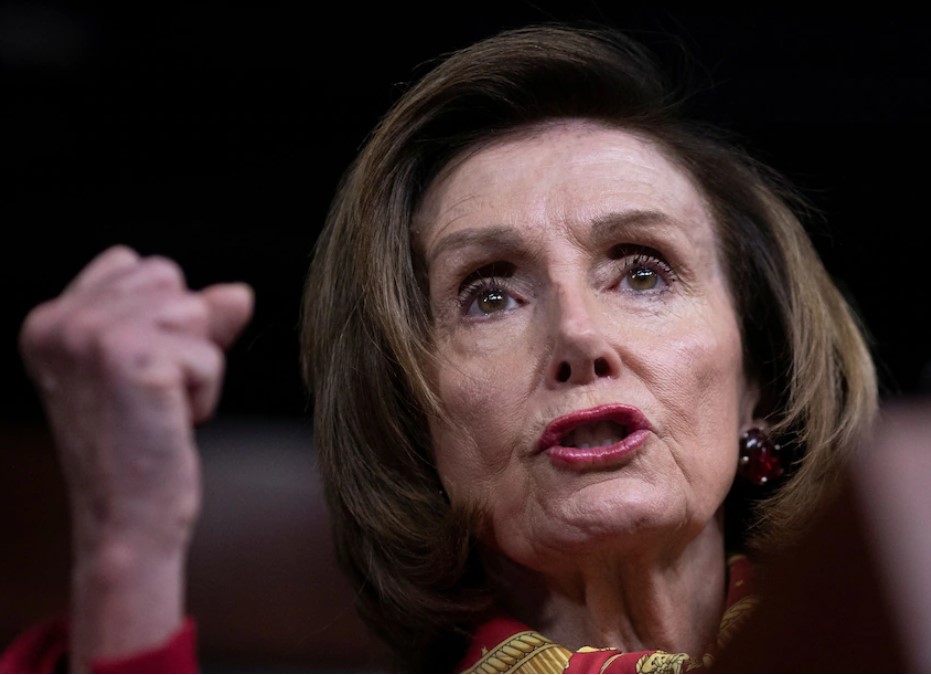 If shamelessness is Republicans’ superpower, then self-recrimination is Democrats’ kryptonite.

After Democrats and the Biden administration helped stimulate the creation of about 7 million jobs, managed to vaccinate nearly two-thirds of Americans (despite anti-vaccine obstructionists) and claimed victory on a once-in-a-generation infrastructure bill, they have worked themselves into hopelessness over the midterms. It seems not even the confirmation of a slew of diverse federal court judges and the prospect of the first Black woman on the Supreme Court can lift them out of their funk.

Yes, President Biden suffered losses on the overly ambitious Build Back Better and voting rights bills. But Republicans managed to get past their failure to repeal the Affordable Care Act and gleefully celebrate their nearly $2 trillion tax cut (which triggered a massive increase in federal debt, widened inequality and failed to produce measurable gains in corporate investment). Why can’t Democrats do the same on their legitimate victories?

Yes, inflation remains a major concern, but Democrats can say they saved countless businesses with the American Rescue Plan, cut the rate of child poverty by about 40 percent and made historic strides on climate change. No party has a completely positive record, but Democrats seem intent on highlighting their losses and hiding their wins.

Democratic strategists and candidates share their defeatism in front of TV audiences. “Look, our prospects are pretty depressing in the midterms right now,” declared Democratic strategist Hilary Rosen on CNN on Sunday. “And I think Democrats have a serious, like, connect-on-the-message issue. We’re not meeting people where they are.” Gosh, who wouldn’t want to hop on the bandwagon with those killjoys?

If Democrats cannot convince themselves they have done a remarkable job under trying circumstances, they certainly won’t convince voters. They might want to pay attention to House Speaker Nancy Pelosi (D-Calif.), who offered a four-part tutorial on messaging during an interview with ABC News’s George Stephanopoulos on Sunday:

First, stop being pessimistic pundits. Asked if she’s agonizing over the midterms, she replied, “I don’t agonize. I organize. And we are fully intent to win the election. Nothing less is at stake.” She isn’t impressed with the historic pattern of the party that controls the White House losing in the midterms. “Well, forget history. We’re talking about future.”

She even provided credible reasons the pattern may not hold this year. Redistricting was better than expected for Democrats, and, ironically, Democrats benefit from a worse-than-expected 2020 election. “One of the reasons that, in part, the president’s party loses in the off-years is because they gain so many in the on-year,” she noted. “We won 40 seats in [2018] — 31 in Trump districts. In the year with Trump on the ballot, we lost a third of those Trump seats. That means that the people who survived in those Trump seats — with Trump on the ballot — are in very good shape.”

Second, find a convincing message on inflation. Pelosi made the point that the stimulus package, which has been blamed for inflation, also prevented massive suffering. Democrats should start asking: “Were Republicans willing to let mom-and-pop restaurants fail?”

In the meantime, Democrats should continue to pursue a range of tactics to tame inflation, from unsnarling supply chains to passing the America Competes Act, which, among other things, will increase output of semiconductors in the United States, potentially lowering prices for tech products, as Pelosi explained.

Third, stick to a stand-up-for-the-little-guy economic message. Pelosi argued, “What unifies us is the empathy that we have for America’s working families and the priority of meeting their needs. Lower cost, bigger paychecks, lower taxes, all paid for by making everyone pay their fair share.” She adds, “Who is more empathetic than Joe Biden? Who has a bigger vision, more knowledge, more strategic thinking about all this, more authenticity in associating with America’s working families?” Democrats verge on political malpractice when they fail to hammer Republicans for refusing to support subsidies for child care or to raise taxes for big corporations.

Fourth, stomp out Republican talking points. When Stephanopoulos mentioned Rep. Cori Bush (D-Mo.), who continues to parrot her “defund the police” mantra, Pelosi showed no hesitancy in shutting Bush down. “Well, with all the respect in the world for Cori Bush, that is not the position of the Democratic Party,” Pelosi said. Instead, she cited progressive freshman Rep. Ritchie Torres (D-N.Y.), who recently declared, “The ‘defund police’ movement is dead in New York City — and good riddance. And any elected official who’s advocating for the abolition or even the defunding of police is out of touch with reality and should not be taken seriously.”

Pelosi knows all too well that a diverse Democratic Party is practically allergic to messaging discipline. Nevertheless, Democrats should follow the advice of arguably the most accomplished speaker of the modern era, who has managed to corral rural centrists and urban progressive members. If Democrats don’t get a grip, tout their accomplishments and effectively counter the increasingly unhinged GOP, it won’t be due to lack of good direction from their leader.