Go ahead, worry! A worst-case scenario for American democracy 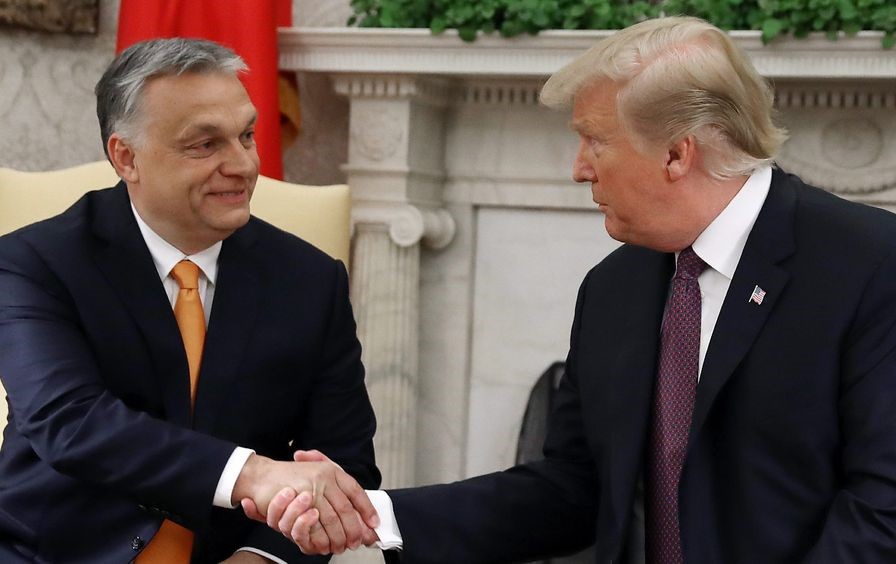 Editor’s note:  Yes, we DO need to worry.  Click HERE for another great Washington Post analysis of our constitutional crisis.

With Trump no longer president and the January 6 insurrection thwarted, the danger may appear to be behind us. “Democracy survived.”  But did it?

Yet few observers and activists on the left are sanguine about what the future holds. Most alarming are the bald attempts by Republican state legislatures to suppress likely Democratic voters, along with redistricting and other moves to control or even override elections. President Biden called these machinations an “assault on democracy.” However Republican voter suppression might be the tip of a much larger iceberg. Are Americans now living in the last years of a hard-fought democratic project?

Could the United States be on the cusp of a far-right takeover of the federal government—as early as 2024?

The last six years have shocked many of us into a new apprehension. We need to listen to historians like Timothy Snyder and others who have researched the final years of democracy in Weimar Germany before the Nazi takeover. If the peril we face is remotely similar to 1933—a more apt comparison might be Orban’s authoritarian takeover of Hungary—all progressive movements should put this threat at the forefront of their strategic calculations. Yet, with some notable exceptions, what is lacking is a comprehensive grasp of the dangers we still face.

I offer here a tentative map of the multiple and interlocking dimensions of the threat from the contemporary far right. Most are already familiar to readers of The Nation. My intent, however, is to help us avoid reductionist explanations and strategies.

An assessment of the American far right should at minimum pay close attention to the following dimensions—which taken together compose the threat we face.

1) A popular, authoritarian leader who transformed the political landscape during his four years in office and who still retains broad public support, the loyalty of a radicalized “base” and Republican activists and leaders who either ideologically identify with Trumpism or who instrumentally choose to align themselves with it. Donald Trump popularized and legitimized a violent, authoritarian, and cruel style of politics that now reaches far beyond the question of whether he will be the Republican nominee for president in 2024.

2) An attempted coup on January 6, orchestrated by the sitting president and his Republican party and militia collaborators, aimed at overturning the election and preventing the peaceful transfer of power. Republicans have blocked or undermined official investigations which would have laid bare their party’s complicity with Trump. The “Stop the Steal” movement—backed by a network of far-right funders—and other attempts by the president and Republicans to negate the results of a free and fair election strike at the heart of the democratic system. Bitterness and resentment about the election continue to be widespread among Trump supporters. As of late May 2021, a Reuters/Ipsos poll indicates that 61 percent of Republicans still believe the election was stolen. The myth of a fraudulent election is also used to justify ongoing voter suppression maneuvers.

3) Dangerously faltering commitments to nonviolent, democratic values. Millions of Americans now think the use of force is a legitimate option. In a January 2020 YouGov poll of self-identified Republicans and Republican-leaning independents, 50.7 percent agreed that “the traditional American way of life is disappearing so fast that we may have to use force to save it.” Over 40 percent agreed that “a time will come when patriotic Americans have to take the law into their own hands.” Making clear the connection with racism, the poll also found a high correlation between “ethnic antagonism” and the acceptance of violent acts. Further, a CBS/YouGov poll reported on January 13, 2021, found that one in five Republicans—that is, millions of Americans—approved of the January 6 perpetrators. When asked what words would best describe the actions of those “who forced their way into the U.S. Capitol,” 43 percent of Republicans chose “patriotism” and 50 percent chose “defending freedom.” Those percentages remained at that level and slightly higher in a July 20 CBS/YouGov poll.

4) A proliferation of preexisting and new white-supremacist/far-right militia and other groups training for violence. They have organized armed “gun rights” and anti-lockdown demonstrations at state capitols, confrontations with antifa, the “defense” of communities against imagined invasions of antifa or Black Lives Matter activists, and openly racist rallies. In October 2020, a militia group, inspired by Trump’s tweet from the White House to “liberate Michigan,” plotted to kidnap its Democratic governor. Many of the January 6 participants were militia members, demonstrating their willingness to overthrow the government. One week later, the FBI issued a warning that “armed protests are being planned in all 50 state capitols…and at the US Capitol.” The federal and state security mobilizations that followed dampened such plans—but for how long? A barrage of death threats against election officials over the 2020 election continued into 2021. Acts of domestic terrorism by far-right/white supremacist groups and individuals have soared in recent years, climbing to new highs in 2019 and 2020. Targets have included Blacks, Jews, immigrants, LGBTQs, Asians and other people of color.

5) Far-right/white supremacist radicalization within, or infiltration of, state institutions that exercise “legitimate” (law-protected) violence—a critical element of state capture used to control populations and suppress opposition. These include police, military, ICE, and Customs and Border Patrol. In an era of Black Lives Matter protests and demands for constraining police violence, the protection of prerogatives to use violence (even for private citizens, as in the various Stand Your Ground laws) has become a key mobilizing issue on the right.

6) A thriving far-right media juggernaut dominated by Fox News on cable, along with print media, talk radio, and internet sites. Right-wing groups effectively use social media to amplify messaging and create followers. Social media is also well-suited for rapid dissemination of conspiratorial other kinds of disinformation. Encrypted messaging platforms such as Telegram operate as recruitment and organizing vehicles for underground organizations. Tucker Carlson’s recent broadcast from Hungary, after meeting with and praising Viktor Orban, the country’s authoritarian leader, is just one indication of what far-right media personalities have in mind for America.

7) A steady acceleration of right-wing political movements since the election of Barack Obama, shifting further to the right with Trump. Dating back at least to the late 1970s, “pseudo-populist” and “America First” narratives have been advanced by Republicans and right-wing media (although Bernie Sanders demonstrated that the left could also draw on populism’s long history to respond to economic precarity and dislocation, concentrated wealth and corporate control). Trump’s pseudo-populism—after all, his singular legislative achievement was a tax cut for the rich—promotes a hateful and militant politics of resentment, displacing economic anxieties onto to social, religious, and racial antagonisms. Nativism and white fears of demographic “replacement” dominate the Trumpian world-view, followed by anti-tax/anti-government, anti-abortion, anti-gay views and hysteria about the left. The success of Trumpism as far-right ideology, including a cult-like loyalty to the leader, has facilitated the tectonic shift to the right among people who identify as Republican.

8) The Republican Party’s transformation into a far-right party, currently controlled by Trumpists but extending beyond Trump to right-wing and white supremacist politicians who came out of the Tea Party and the Freedom Caucus. The party’s racist Southern strategy has gone national. In addition to its long-standing subservience to money and a corporate agenda, the GOP is backed by various right-wing interest groups and foundations, evangelical religious groups, and wealthy dark-money donors. At the state level, Republicans already control 30 state legislatures; in 22 states they control both legislature and the governorships. In several of these states, the party has already taken steps that must be described as authoritarian and repressive, enacting measures that criminalize protest; suppress the teaching of anti-racist history and diversity or the struggle for social justice; ban transgender people from public spaces; further restrict abortion rights; and oppose local and federal public health measures.

9) The Supreme Court and many appellate and local courts falling under the control of right-wing judges. The Supreme Court’s 6-3 conservative supermajority is poised to rule or has already ruled on several cases that will likely block key progressive policies such as Biden’s eviction moratorium extension, union access to workplaces, restrictions on gun rights, abortion rights, and Biden’s efforts to reverse Trump administration immigration policies. The chances for campaign finance reform remain nonexistent. Ominously, the court has further weakened the Voting Rights Act of 1965 and has demonstrated its hostility toward other federal government efforts to ensure free and fair elections.

10) Last, but not least: voter suppression, gerrymandering and related initiatives enacted by Republican state legislatures, all designed to undermine Democratic-leaning, especially Black, voting blocs and ensure favorable electoral outcomes in 2022 and 2024. In a transparent authoritarian turn, Republicans are also passing legislation aimed at giving state legislatures the power to overturn election results they don’t like. As of July 14, 18 states had enacted 30 laws restricting access to the vote. On the national level, two major voting rights bills put forward by Democrats remain stymied by a Republican filibuster in the Senate.

So many contingencies make the future impossible to predict. Yet, taken in full measure, the transformations outlined above call for a sober assessment of possibilities. Two scenarios point to the 2024 election, which is why most progressives are so focused on protecting the vote. Most likely, the Republican nominee will be Donald Trump.

In one scenario, Trump wins and with the Supreme Court and a Republican Congress behind him takes the country as far to the right as he can. The electoral system will be further reworked to ensure long-term Republican control. Steeped in a media-fed rhetoric of fear and hate, America will become a fortress state. Police, with the likely help of militia groups, will suppress resistance mounted by progressive movements.

Another scenario is a closely contested presidential election, marked by intimidation of voters and possible violence. If a Democrat narrowly wins, Republicans are likely to declare the election illegitimate and attempt another coup, this time more carefully executed. If the nation descends into violence or mass civil disobedience, the military and police would then move to restore order in support of their own version of the legitimate claimants to power, likely backed by the Supreme Court.

My purpose in highlighting these 10 dimensions is to urge that we grasp the contemporary far right as a totality. No matter how loosely integrated or internally conflicted, today’s far-right movement aims to capture power and is frighteningly close to achieving that end. The far-right/white supremacist movement must be confronted in all its interconnected dimensions. If we fail to rouse ourselves to oppose the threat, we may easily fall into a racist and brutal autocracy lasting generations. Our present may come to be understood as “The Before”—the period when history might have taken a different turn but, because of inertia and lack of political will, did not.

It’s time to summon up that political will. The choice is still ours to make.  Please volunteer to preserve our democracy.