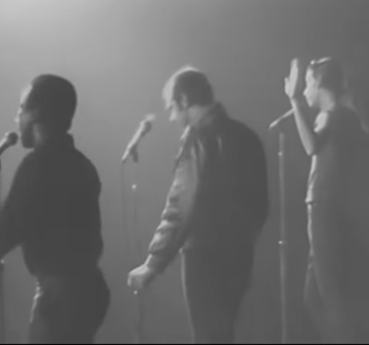 “Good night, Donald Trump, it’s time to go”, was the theme and melody played by Jon “Bowser” Bauman to Charlotte County Dems. Singing to the tune “Good night Sweetheart” and playing the piano at his home in an online meeting, the unexpected treat was part of Jon’s message urging viewers to mobilize the senior vote. Jon stressed the importance of the senior vote in Florida for the November election. “If we win the senior vote, we win Florida! If we win Florida, we win the White House! “

Jon said he was inspired to become involved with senior issues by his mother, a retired public school librarian. She was able to enroll in Social Security and a “new program at the time, ‘Medicare'”, Jon said. Those programs enabled retired people to do something for the first time in history. “She was able to live independently and with dignity”.

Now, those very critical programs are under attack. Donald Trump has made clear he will cut them he wins a second term, Jon said. Furthermore, Trump has demonstrated his callousness towards the elderly when he pushes re-opening the economy during the midst of a horrible pandemic. “Some older people will have to expend themselves for the economy”, Jon said. “They (Trump supporters) don’t care if we live or die as long as Donald Trump wins the White House”.

Trump and his team fear huge voter turnout and have targeted voting by mail (VBM). With VBM, a voter received a ballot in the mail weeks before the election. The voter makes his choices and mails the ballot, all from the convenience and safety of his or her home. Importantly, key swing states such as Florida have an easy process to enroll for voting by mail.

Trump and cronies are spreading lies about VBM fraud and casting doubts about whether the results of the November election can be trusted by voters. “The only way for Donald Trump to win is by voter suppression”, Jon said.

Getting the senior vote in Charlotte County is crucial to winning the election because of the size of the senior population. According to U. S. Census Bureau statistics, almost 41 percent of Charlotte County’s population is 65 years or older. Due to the uncertainties caused by the COVID-19 virus, voting by mail is the surest and safest way for anybody to vote, but especially so for the elderly. “Nothing you can do right now that is more important than enrolling seniors to vote by mail”, Jon implored.

For more information about: