Gov. DeSantis is saying no to Medicaid expansion, even though the massive relief package would help out 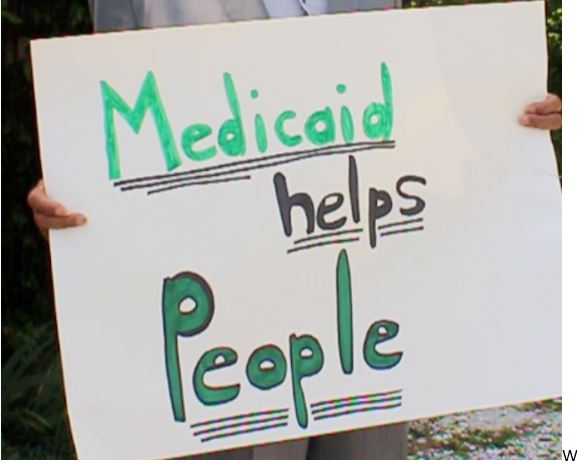 Tucked into the Biden administration’s massive federal relief package is a major provision to expand benefits for low-income people in Florida and other states that haven’t adopted Medicaid expansion, according to an analysis by the Kaiser Family Foundation.

The $1.9 trillion stimulus plan signed earlier this March provides financial incentives in the millions to expand Medicaid in the dozen or so states.

But Florida isn’t buying in.

In the past, governors and lawmakers in Florida have been opposed to Medicaid expansion. And Gov. Ron DeSantis is still not on board, even though the giant relief package is in place and providing incentives.

According to The Washington Times, DeSantis is a “hard no” on the issue. “The governor remains opposed to the expansion of Medicaid in Florida,” DeSantis spokesman Cody McCloud said in the recent Washington Times story.

“This is what people both here in Florida and across the country want and need; this is no longer a partisan issue,” said state Sen. Annette Taddeo, a Democrat representing part of Miami-Dade County.

“It would be crazy to turn down money for Medicaid expansion in the middle of a global pandemic no less, telling people they still can’t have insurance. We shouldn’t be turning this money down, we should be taking it and expanding Medicaid, and we are in session so we can do it right now!”

Meanwhile, Florida House Speaker Chris Sprowls followed President Joe Biden’s initiative by pushing to expand Medicaid for pregnant women and their babies, which will likely go through the budget process. So far, neither DeSantis nor Florida Senate President Wilton Simpson have said whether they will support Sprowls’ proposal.

If approved, postpartum coverage for women would jump from two months to a full year under the Medicaid program.

State lawmakers praised Sprowls for his initiative but put more pressure on the state to do more to tackle inequities in health care.

“The Florida Senate Democratic Caucus has continually pushed for the expansion of Medicaid in the state of Florida,” state Sen. Linda Stewart, an Orlando Democrat, said in a written statement.

“I hope that by offering coverage for maternity care, we will see firsthand how beneficial our own tax dollars are in providing access to medical services.”