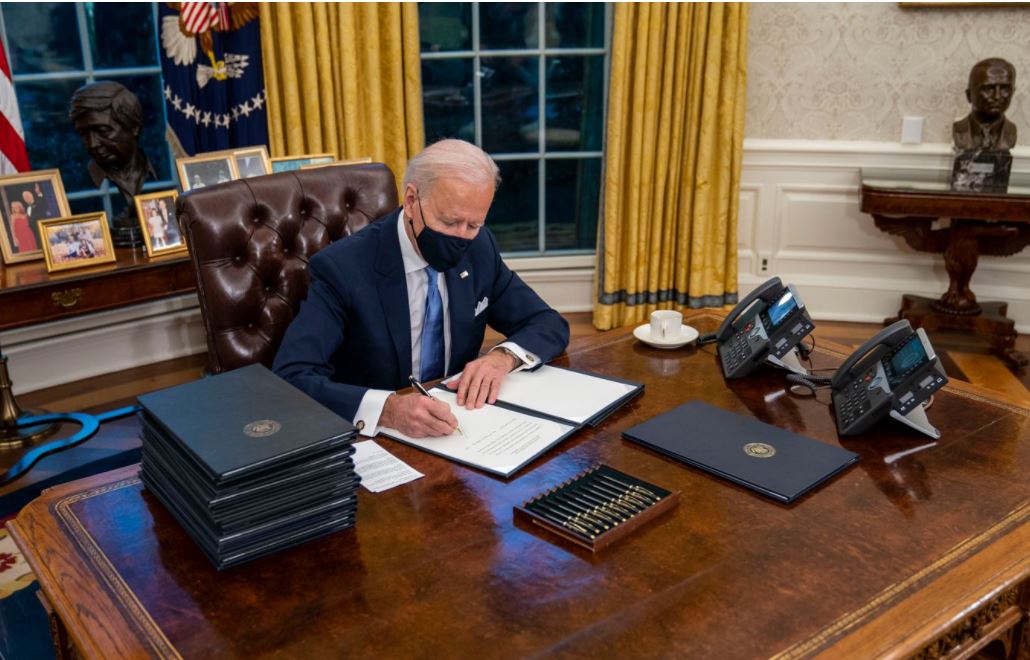 President Biden met with lawmakers on Thursday morning to lay out a framework on a $1.85 trillion effort to spend heavily on climate change, child care and a wide range of other economic programs, paid for by an estimated $2 trillion in tax increases on corporations and high earners, though it was not immediately clear if it has the votes to pass.

White House officials refused to say if all holdout Democrats in Congress had expressed support for the framework, which still may change.

The framework leaves out several key planks of the economic agenda that Mr. Biden laid out on the campaign trail and shortly after taking office. It does nothing to reduce prescription drug costs for seniors, and it omits what would have been the nation’s first federally guaranteed paid family and medical leave for workers. It does not include free community college for all, as Mr. Biden had promised. It would expand Medicare coverage to include hearing, but not vision or dental services.

The key provisions of the proposal include:

Offsetting that spending is an estimated $2 trillion in revenue increases, including:

Florida Democratic Party Chair Manny Diaz released the following statement:
“President Biden and Democrats are close to passing an ambitious and popular agenda that will enhance the quality of life of Floridians and all Americans. It will help to boost our economy, create good-paying jobs, improve health care options for seniors, address the challenges brought on by climate change and bring tax relief and lower costs to middle class families.
“It is further proof that Democrats are delivering for the American people. While Republicans are busy validating conspiracy theories and stoking divisive culture wars, Democrats are working every day to find solutions to our nation’s challenges and addressing the people’s needs and aspirations.
“Although I am disappointed that every single Florida Republican member of Congress has bitterly opposed this agenda from its inception, I am not surprised. The Republican Party is bereft of ideas, purpose and courage. Democrats were put in charge to take action and work to improve the lives of Americans, and this agenda shows what can be accomplished when you set ambitious goals and do the work needed to accomplish them.
“We have a ways to go, but this represents a bold, concrete step towards creating a nation with a fairer economy that works for all. I congratulate Speaker Pelosi, Leader Schumer, the Democratic members of Congress, and every activist at the local level that helped provide the impetus and momentum to get us to this point.”