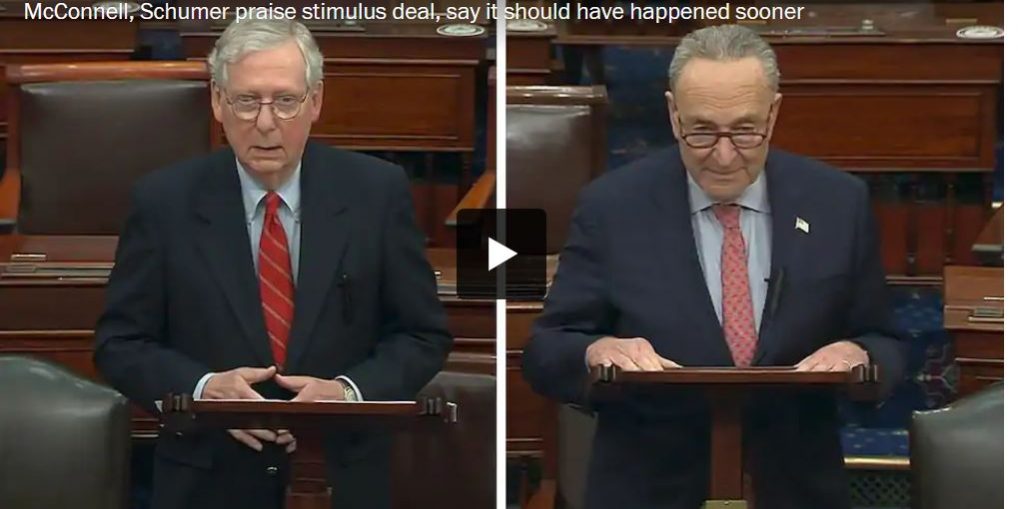 Editor’s note: US Representative Greg Steube and US Senator Rick Scott voted against passage of this bill.

By Rachel Siegel, Jeff Stein and Mike DeBonis, published in the Washington Post on Dec. 20, 2020

Congressional leaders brokered a deal on an approximately $900 billion relief bill Sunday night, with promises to pass the legislation as soon as possible.

The bill would extend aid to millions of struggling households through stimulus checks, enhanced federal unemployment benefits and money for small businesses, schools and child care, as well as for vaccine distribution. It also repurposes $429 billion in unused funds provided by the Cares Act for emergency lending programs run by the Federal Reserve.

The bill comes at a critical time for the recovery as the coronavirus pandemic is overwhelming the nation’s health-care system and scores of Americans were set to lose federal aid by the end of the year. Two separate bill summaries released by Republican and Democratic congressional leaders late Sunday, as well as reporting by The Washington Post, confirmed some details of what’s in and what’s out of the bill.

Out: Aid for state and local governments; corporate liability protections

Aid to state and local governments