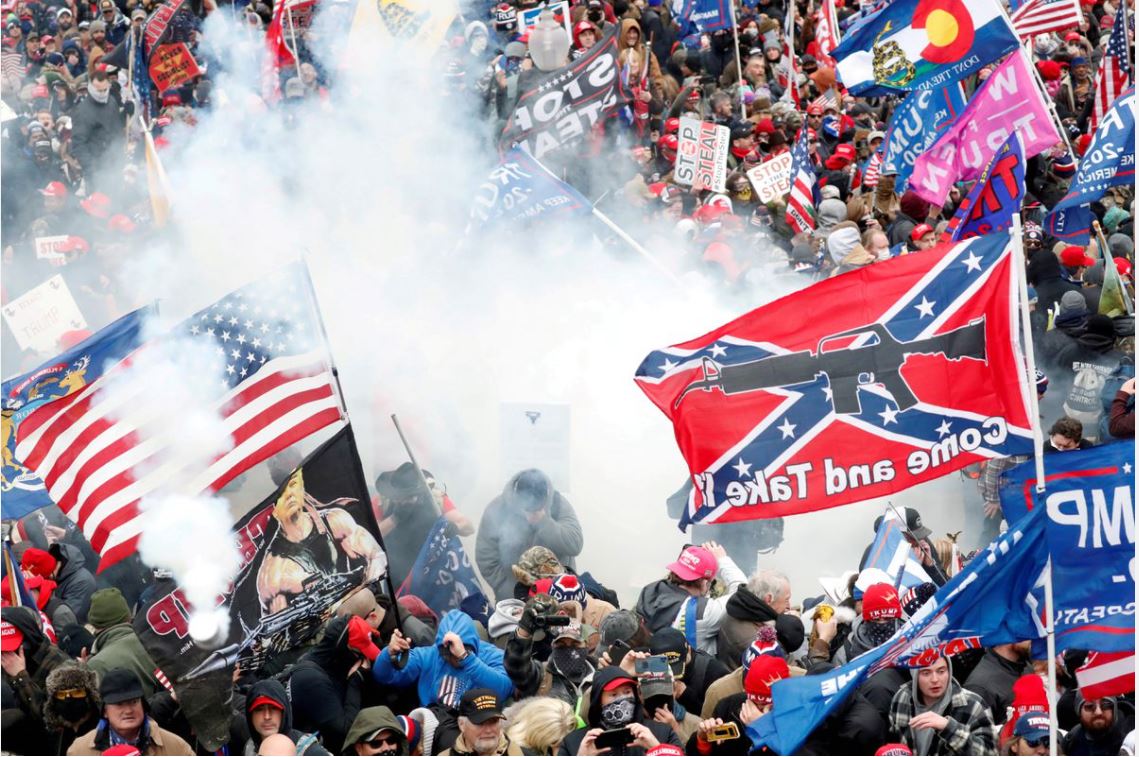 Following the Civil War, citizens of Southern states, feeling humiliated and disheartened, set to work re-writing history. They wasted no time. In a manner befitting modern-day communications experts, the South got to work framing a revised narrative, one that became “truth” in our educational system and media. Even books and films like the popular “Gone with the Wind” perpetuated fictions such as stoic, honorable Confederates and clueless “darkies.”

The mythmaking began in 1866 when journalist Edward A. Pollard wrote The Lost Cause: A New Southern History of the War of the Confederates.  This work was the first to suggest the term “slavery” was one imposed by “exaggeration of Northern writers” and that servitude in the south was “really the mildest in the world.” He goes on to claim, preposterously, that servitude “protected the negro in life and limb, and in many personal rights, and, by the practice of the system, bestowed upon him a sum of individual indulgences, which made him altogether the most striking type in the world of cheerfulness and contentment.”

The notion of the “Lost Cause” was embraced by many in the South, especially organizations such as the United Daughters of the Confederacy, which raised money to build statues honoring Confederate soldiers and oversaw textbook content to be sure children would know the “true” reasons for the Civil War. The passion generated by such efforts helped to support white supremacy via Jim Crow laws passed in the late 19th Century that banned blacks from societal participation. While the passage of Civil Rights legislation, especially the 1965 Voting Rights Act, helped restore balance, those gains are now being eroded by restrictive state voting laws and a far-right Supreme Court.

Just as certain elements of our country were unwilling to accept the outcome of the Civil War, the same holds true for the 2020 Presidential election. Fueled by misinformation from the loser of the election and right-wing media, many citizens feel the election was “stolen.” This, of course, is untrue. Numerous court findings have confirmed the election was one of the fairest in history.

Despite this, on January 6, 2021, our nation’s Capital Building was violently attacked by a vicious mob trying to stop the certification of a legitimate election. Horrific videos of the riot display an uncontrolled, angry, aggressive mob working to subvert our democratic process.  The riot led to the deaths of five people and injuries to many more.

Unbelievably, some elected officials, at the insistence of the past president, tell us there was little violence that day from the “peaceful protesters.”  While this lie is easily dismissed by viewing the horrific video images from that day, some officials – mostly Republican – continue to spin another narrative.

This is the modern-day mantra of Pollard’s Lost Cause:  Tell a lie often enough and people begin to believe it.

This is not acceptable.

In recent weeks, a towering statue of Robert E. Lee was removed from Richmond, the former Confederate capital. Other such monuments to traitors are being similarly removed, but let’s appreciate that it’s taken us over 150 years to begin to see that as a people we were bamboozled by Pollard’s book and its aftermath.

Let us learn from history and not make the same mistakes again.

Congressional hearings and legal filings – opposed, of course, by most Republicans – are seeking to learn the truth about what happened on January 6th.  It’s the job of all of us to encourage and support these efforts lest history repeat itself.

Bill Welsch and his wife, Vicki, have lived in the Punta Gorda area for 18 years. He is co-facilitator of Indivisible Action Southwest Florida, a non-partisan organization formed in 2017 which is committed to preserving democracy by promoting an agenda that embraces the values of inclusion, tolerance, and fairness.