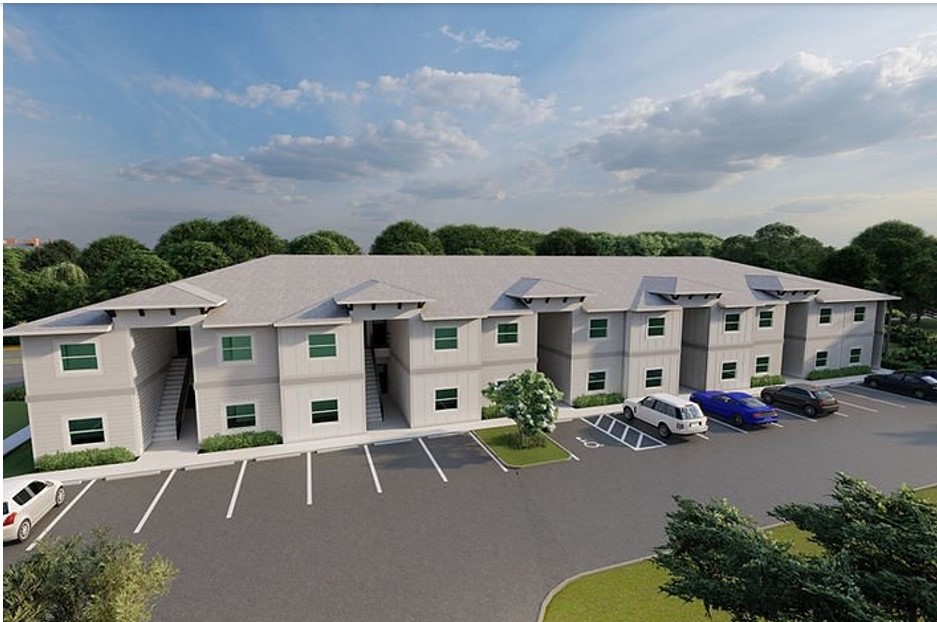 MURDOCK — Charlotte County hasn’t been spared the housing crunch that most of Florida is facing.

Whether rental or home purchasing, local housing costs are pricing out nurses and other medical care workers, carpenters and other trades and other professionals, young couples and those with children hoping for their first homes.

As builder and contractor himself, Truex said he understands the conundrum the housing market faces with real restate markets pushing prices out of the reach of many working families in the county.

“Someone needs to pick up the ball and run with it,” Truex said, adding how smaller living units fit some people’s lifestyles.

One possible solution could be happening just a few miles north of the Charlotte County line.

Sarasota County commissioners approved an amendment the county code in 2019 that allows more density in certain areas. An apartment or building that is 750 square feet or smaller can be considered only one-half of a density unit.

That means is some cases builders can plan more, smaller one-bedroom apartments on a parcel, which could be purchased or rented for lower amounts.

Sarasota county has approved some of these.

The first project, approved in 2020, is the Legacy Oaks Apartments on Beneva Road. It’s currently under construction with an anticipated completion and opening by the beginning of 2023.

Rental rates for the one and two-bedroom units in the complex have not been established yet, but there is already a waiting list of people interested in obtaining a lease, owner Dave Lance told WTSP News in April.

Earlier this month, Sarasota County commissioners approved one project at the corner of Lockwood Ridge Road and Gocio Road in Sarasota, and another at the northeast corner of East Venice Avenue and South Clermont Road.

When completed, the Venice project will be made up of 750-square-foot one or two-bedroom apartment units. Rents are expected to range between $1,900 to $2,300.

The idea is that allowing more apartments can make it more cost-effective for a developer, and the savings would lower the unit prices.

Commissioner Alan Maio mentioned during the public hearing for the Venice project that it’s the type of workforce housing that nurses, teachers and deputies can afford.

“I guarantee that the rents will be less than others in the area,” Medred said.

The lower rate will apply to the 48 one-bedroom units of 750 square feet, with the higher rate going toward the larger two-bedroom units in the complex.

Despite Medred’s assurances about building heights and buffers to accommodate the surrounding single-home developments, neighbors gathered in force to oppose the Venice plans, urging commissioners to reject the proposal.

“Affordable housing is needed, but not on this small property. It doesn’t fit in the neighborhood,” Cathy Kostelansky said.

“It’s like putting an elephant at the dinner table and expecting it to fit in nicely,” Bob Tellup added.

Those were two of the more than a dozen speakers opposed to the plan. Commissioners also received more than 50 pieces of correspondence in opposition.

Observing what the applicant could have built on the property by right under county codes, Sarasota County Commissioner Ron Cutsinger told the audience, “He chose the lowest density he could and lowered the height. The way this is being built, you’re having residential to residential essentially.

“What you could have had here would be much more intense, more dense, and much more intrusive,” Cutsinger added.

The layout of The Lido, one of two models of apartments available at the under-construction Legacy Oaks Apartments on Beneva Road in Sarasota. While this department design was not part of the presentation for the Venice project this week, it illustrates a 750-square-foot apartment. DRAWING PROVIDED

A major hindrance now for building more affordable housing, Truex said, is the costs not only for the building materials but also the land itself.

“All the costs are going up,” he said.

And where to build?

Truex cited how communities like Rotonda West that restrict development under a certain square footage.

And to avoid angry choruses of “not in my neighborhood,” he suggested the smaller homes might be congregated within their own enclave.

As far as mini-units themselves, Truex recalled how the Gulf Cove subdivision between Englewood and Port Charlotte saw the development of smaller-than-average homes in the early 1990s.