How Democrats can get their act together 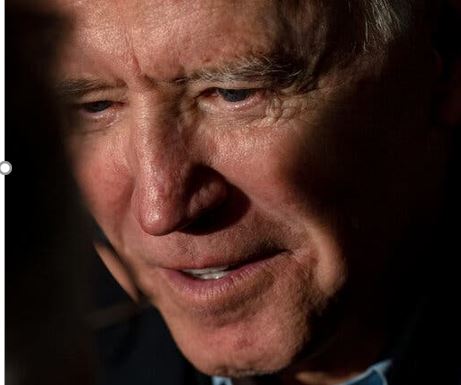 President Biden is on the verge of accomplishing more in his first year than any president in recent memory despite unremitting obstruction from an unhinged opposition. Yet he is struggling with plunging poll numbers and a painful rebuke in Virginia’s gubernatorial race. It’s worth recounting how the gap between Biden’s considerable policy accomplishments and his political fortunes emerged.

To review, the economy on Biden’s watch has created nearly 5 million new jobs, reducing unemployment to 4.8 percent. Despite the right wing’s effort to spread deadly disinformation about vaccinations, 80 percent of American adults — including 98 percent of those older than 65 — have had a least one coronavirus vaccination. Among those age 12 and older, 78 percent have had at least one shot.

On the legislative front, few would have predicted that Biden, despite having only 50 Democratic votes in the Senate, would have passed in his first year a $1.9 trillion American Rescue Plan (including a major increase in the child tax credit that reduced child poverty in half). Even more impressive, he is poised to pass both a $1.2 trillion infrastructure plan and a $1.75 trillion package including investments in green energy, universal prekindergarten, a generous child-care subsidy, improved senior care, expansion of Affordable Care Act subsidies, an extension of refundable child tax credits, a significant housing investment, hearing benefits for Medicare and possibly even a prescription drug cost reduction for patients on Medicare.

“Transformational” is an overused descriptor. But no president since FDR can claim as dramatic a reorientation of government from his immediate predecessor.

Meanwhile, the media, having pronounced Biden no better than his predecessor on foreign policy and responsible for a loss of faith in American leadership (after ending a 20-year war), are now at pains to explain allies’ enthusiastic embrace of Biden at the Group of 20 and COP26 summits. He leaves with historic commitments to curtail deforestation and methane emissions.

So why are Biden’s poll numbers down? Why are so many wringing their hands about the fate of his presidency (some certain that the 45th president will be back in power in 2025)? And why were Virginia’s election results so poor?

Several factors explain the perception gap, not all of Biden’s making. First, partisans on both sides and horserace-centric pundits in the media continually stress what Biden has not achieved. No paid family leave! Democrats didn’t get even more taxes on the rich! Apparently, getting three-quarters of an ambitious agenda is no longer a victory. If losing out on paid family leave and expansion of Medicare coverage to vision and dental benefits while bringing home a bushel of other legislative results amounts to “failure,” then no president can be considered a success.

Second, many Americans continue to experience anxiety and uncertainty. Concern about inflation (transitory or not), coupled with job churn, ongoing worry about covid-19, stress from managing their children’s disrupted lives and an epidemic of mental illness, makes for disagreeable voters. In a nation that increasingly associates the president with “the government” and the “government” with American life, it is hardly surprising that he bears the brunt of that angst.

Third, the president faces the MAGA-infused hysteria that he is out to persecute Whites, “open” borders and turn the country into a socialist hell. The right wing’s strategy to gin up fake outrage is aided by too many in the media unwilling to speak plainly (for example, refusing to explain that no K-12 schools teach critical race theory). With more than 90 percent of the GOP in a constant frenzy, no Democratic president could gain any significant support beyond Democrats and Democratic-leaners.

Fourth, the media’s obsession with process and unwillingness to grapple with substance mean that “Democrats in disarray” dominates the headlines and the public remains largely ignorant of legislative proposals. “Takes” on whether Biden is up or down have replaced factual explanation (e.g., what is in the president’s plan, whom does it help, how does it affect the the economy), threatening a critical cornerstone of democracy: an informed public.

But Democrats are hardly blameless. The stubborn and self-absorbed resistance to the White House’s reconciliation bill from two Democratic senators has taken a toll. In dragging out negotiations for months, often providing contradictory or incoherent objections and attacking policy agreements forged among Democratic lawmakers, Sens. Joe Manchin III (W.Va.) and Kyrsten Sinema (Ariz.) have done real damage to their party and fed the perception of dysfunction/inaction. (Progressives, by contrast, have demonstrated remarkable flexibility.)

The days of LBJ grabbing recalcitrant Democrats by the scruff of the neck are long gone. Even still, because Biden did not take a tougher line with Manchin and Sinema and did not break the rest of his agenda into smaller bites, the party fell into an interminable legislative slog with real political consequences.

Worse, Biden has so far failed to provide a unifying theme for his massive legislative agenda. “Build Back Better” is vague, if not opaque. His impressive agenda needs a concise message: “It’s about time working and middle-class Americans got something.”

Democrats are often accused of “waging class warfare.” If only they would give it a try. The best-kept secret in the Biden era may be that under the Democrats’ plan, the rich would pay more, and virtually all the economic benefits would go to struggling families. The second-best kept secret: Republicans want tax cheats to prevail and billionaires and big corporations to avoid taxes. Put differently, Democrats have not embraced their greatest strength: economic populism.

When it comes to political combat, Democrats’ tactics have been wholly insufficient. Although the media deserve ample criticism for treating politics like a spectator sport and the parties as morally equivalent, Biden’s benighted effort to curry favor with congressional Republicans and deny the ex-president attention allows the GOP’s malicious rhetoric to go unchecked. If the White House does not make the case against its opponents’ nihilism, lies and anti-democratic mindset, no one else will. Biden must get over the notion that he can “lower the temperature” by refusing to zero in on GOP leaders’ assault on democracy and truth.

Biden is suffering from unrealistic expectations, his party’s lack of singular coordination and his refusal to fight GOP fire with fire. He better get his legislative agenda passed and go on offense. Otherwise, the party and the country will be in deep trouble.