How Democrats can keep young voters in their corner 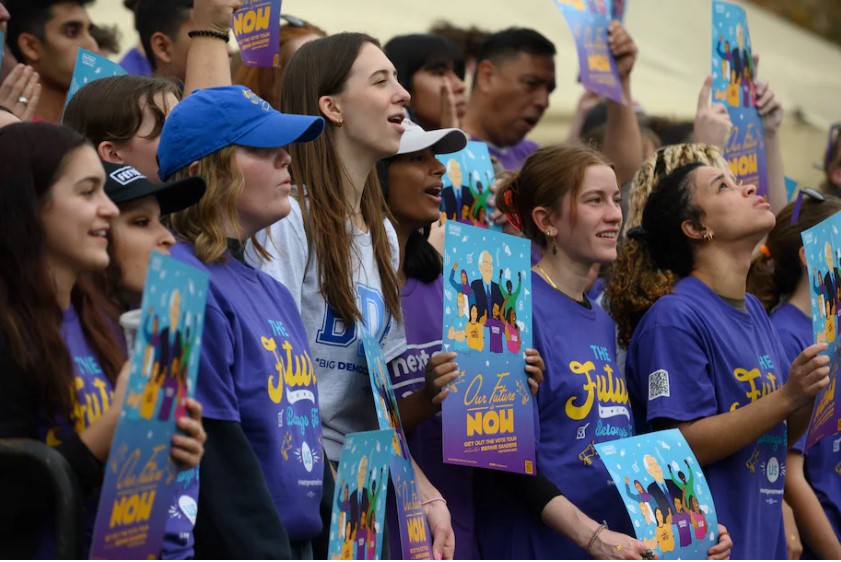 Democrats have celebrated their success in turning out younger voters, especially in highly competitive races. A quartet of issues — abortion, environmentalism, gun safety and student debt — helped move younger voters to the polls.

But there is no guarantee these voters will remain engaged. Moreover, with a Republican House majority, the administration might be stymied in continuing to produce benefits for the demographic, and student debt relief might be bogged down or fail in the courts. Now is the time for Democrats to develop a strategy to keep young voters in their corner.

The party’s chance to project a forward-looking, positive image and an embrace of modernity might be hampered with an octogenarian at the top of the ticket. President Biden has delivered for younger voters, but he does not personally provide an image of generational change and empowerment.

One solution could come with a generational shift in the House. If House Speaker Nancy Pelosi (Calif.) retires from leadership — taking House Majority Leader Steny H. Hoyer (Md.) and House Majority Whip James E. Clyburn (S.C.) with her — the decks would become clear for an impressive, diverse and young coterie of Democrats.

Young leaders do not necessarily attract young voters, but the elevation of a new raft of representatives not yet widely known by the average American would certainly communicate that the party is amenable to fresh blood and fresh ideas. The party often stresses the need for government that “looks like America”; that should include more than senior citizens.

Aside from maintaining policy positions that would attract young voters, Democrats have two other ways to appeal to Gen Zers and millennials, who will soon dominate the electorate. (In the midterms, 33 percent of the electorate was younger than 45, and census data show that millennials now make up the largest population group in the country.)

First, as the MAGA Republicans move toward authoritarianism and Christian nationalism, Democrats can paint a powerful contrast. Freedom, diversity and self-determination are key concerns for younger generations, who are used to customizing every aspect of their lives. Democrats should seize on the fact that Republican efforts to use the power of the state at the expense of individual autonomy (e.g., abortion bans, limits on protest, book bans, laws that censor discussion of race in classrooms) make the GOP radioactive with young people.

In some ways, they already have. As The Post reports: “In purple and red states, abortion rights advocates have used a message that in other circumstances might be a Republican slogan: Keep the government out of Americans’ private medical decisions. Over the summer, activists deployed that argument in Kansas to resoundingly defeat an antiabortion amendment. Michigan and Kentucky took a page out of that same playbook, incorporating it into their own successful campaigns to protect legal abortion during the midterm elections.” The beauty of that message is that it appealed not only to younger voters but also libertarian-minded Republicans.

Second, as the GOP doubles down on backward-looking messaging (Make America Great Again) and former president Donald Trump paints the country in apocalyptic terms, Democrats would do well to follow Biden’s hopeful message. The media has often ridiculed his rhetoric as Pollyannish, but when he declares that he has never been more optimistic about the future, he channels presidents such as Barack Obama and Ronald Reagan. Not coincidentally, both were extremely popular with younger voters.

If Republicans are insufferably angry, mean and gloomy, Democrats would be smart to adopt an ethos of hope, fearlessness and confidence. That, more than any single issue or political leader might be key to the Democrats’ continued popularity with young voters.

Image Credits: A crowd of supporters responds to Sen. Bernie Sanders (I-Vt.) as he speaks during a tour to register young on Nov. 6 in Pittsburgh. (Jeff Swenson/Getty Images)