How will Piney Point affect us? 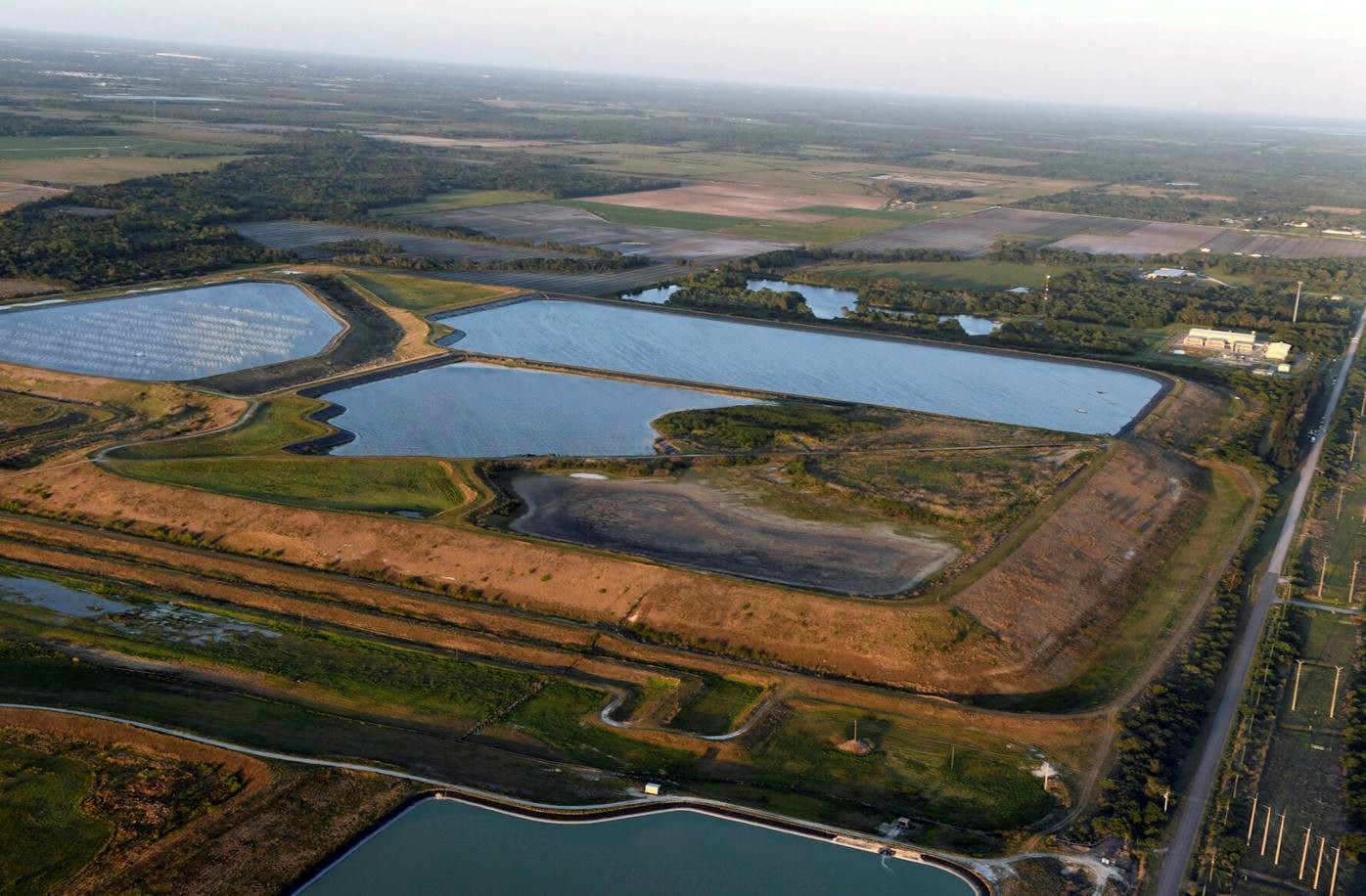 Stacks of waste water and phosphogypsum remain at the site of the defunct Piney Point phosphate plant mine in Bradenton.  Florida Gov. Ron DeSantis declared a state of emergency last Saturday after a significant leak of wastewater threatened to burst a system that stores polluted waters. More than 170 million gallons of fertilizer processing waste water have been deliberately pumped into Tampa Bay in the past week.

What could have happened?

Even environmentalists agree this was the only course of action to prevent a worse disaster that would have caused sudden death of humans and wildlife living near the abandoned industrial site at Piney Point in Manatee County.

A towering stack of leftover phosphogypsum is less at risk of collapse than it was a few days ago, and residents have been allowed back into their homes. In place since the 1960s, the stack developed a leak in its liner. This problem has happened before, but not at as large a scale as now.

Attention is now turning to two remaining emergencies. One emergency is what to do with the slightly radioactive gypstack and the three remaining reservoirs of even more toxic wastewater. The other emergency will likely involve a slow-motion disaster with algae blooms destroying water quality and eventually, wildlife in parts of Tampa Bay.

As for how to handle the gypstack and reservoirs on site, Manatee County commissioners have voted to let an engineering company start the process of designing a deep injection well nearby — something commissioners had previously rejected as an option. Now, state legislators are voting on allocating $3 million in federal funds to start a $200 million long-term project.

While engineers start planning how to fix the industrial waste site, environmentalists are out on the bay, taking samples of water and algae.

“Those nutrients will generate an algal bloom where they are dumped,” said Larry Brand, professor of marine biology at the University of Miami. “We’ll probably start to see the effects in a week or so.”

What is expected is macro algae — different types of seaweed, said Betty Staugler, Charlotte County Sea Grant and University of Florida extension agent for the area. Seaweed grows well in low light and high nutrients. Nutrients are what is expected to be coming from the gypstack leak and pumping. The nutrients are primarily nitrogen, phosphorus, and nitrogen-based ammonia — key ingredients of fertilizer. Florida has one of the world’s largest reserves of phosphorus, which is still being mined, but no longer near Tampa Bay.

As the seaweed grows, it will start to block out sunlight, and that will kill the sea grass that grows on the bottom of the bay and provides a home for many species of fin and shell fish, both Staugler and Brand said. As things get worse, the seaweed will die, sink to the bottom. As it decomposes, it sucks the oxygen out of the water. This is called a dead zone, because animals and plants can no longer live there.

Brand said he hasn’t seen any data on the water samples currently being collected near Piney Point. This work is now happening with staff from three counties, the state and the Tampa Bay Estuary Program.

That data will take a while to collect and process, said Marcus Beck, project scientist with the Tampa Bay Estuary Program.

“It’s too early to say anything about any of the samples in the bay proper,” he said in an email to The Daily Sun. “Most of what we have so far, which is very limited, has not been at very high concentrations, but that’s expected given the lag in lab processing and how long the discharge has been occurring. We should have a much better sense by the end of the week.”

Water samples in flows just beyond the leak are showing ammonia levels 100 times the normal levels in the bay, however, he said.

How does it affect Charlotte Harbor or Englewood?

Will the pollution spread to Charlotte Harbor? Not likely, said Staugler. Winds tend to move water on Florida’s west coast from south to north, she said. Right now, the water in the area is not moving a lot, but it will move out into the Gulf of Mexico where the pollutants will become more background.

Brand, however, thinks the nitrogen and phosphorus will encourage an invisible micro-algae better known as red tide. Red tide starts off shore in the Gulf, but increasingly scientists believe its crippling effects on humans and fish are magnified by human generated pollution running into coastal waters.

How is Piney Point similar to Charlotte?

Even without a major industrial site on the waterfront, Charlotte Harbor developed a seaweed problem that has gotten worse in recent years, Staugler said. Scientists are just beginning to analyze which pollutants are causing this.

Tampa Bay to the north, was a seaweed mess in the 1960s, before the Clean Water Act required people and companies to stop dumping waste directly into waterways, Staugler said. Then, Tampa Bay became a shining example of environmental turnaround.

Staugler is involved in replanting and monitoring sea grasses in Charlotte Harbor and in Lemon Bay. Similar projects are ongoing in Tampa Bay, she said.

Can the pollutants be removed from the water now that it is in the bay? No one has delivered proven ways to remove nutrients or algae from open bodies of water after the fact, Staugler said.

There are some systems for removing algae from enclosed water bodies such as reservoirs and ponds. Florida citizens sometimes have worked by hand to clean up weed-choked springs in Central Florida, Staugler said.

High cost subdivisions are buying new buoys that kill algae in its single-cell state from decorative retention ponds, but to use that on an open coastline would take several hundred thousand $50,000 buoys, a manufacturer said last year. They were ready to take the order.

When the anticipated overgrowth of seaweeds show up, she said, scientists will be testing samples down to the molecular level, looking for isotopes of nitrogen and phosphorus. These isotopes are used to identify the likely source of pollution, in the Tampa Bay case, fertilizer waste products.