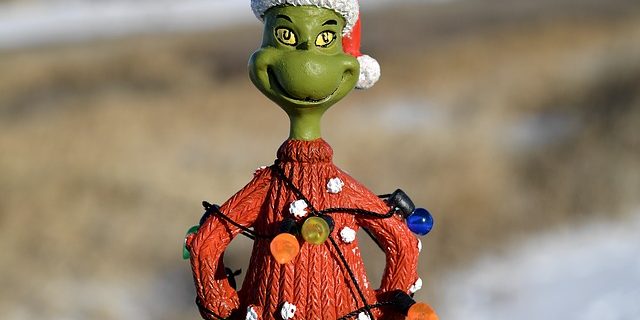 Deadlines set by Congress early in the pandemic will result in about 12 million Americans losing unemployment insurance by the year’s end, according to a report released Wednesday — a warning about the sharp toll that inaction in Washington could exact on the economic health of both individual households and the economy at large.

According to the report from unemployment researchers Andrew Stettner and Elizabeth Pancotti, those Americans will lose their unemployment benefits the day after Christmas — more than half of the 21.1 million people currently on the benefits — due to deadlines Congress chose when it passed the Cares Act in March amid optimism the pandemic would be short-lived.

Another 4.4 million people have already exhausted their benefits this year, according to Stettner and Pancotti, who wrote the report for the Century Foundation, a public policy research group.

The “benefits cliff” on Dec. 26 includes an additional 7.3 million workers on Pandemic Unemployment Assistance, the supplemental insurance for gig and self-employed workers, which ends that day, as well as 4.6 million people on Pandemic Emergency Unemployment Compensation, the unemployment insurance extension available for people who have exhausted regular benefits after what is typically about six months, depending on the state.

“Nobody is talking about this,” Stettner said in an interview. “We’re just careening into this huge cliff and it’s like it’s not even happening. People are just totally, completely ignoring the situation at a time when things are getting worse before they’re going to get better in terms of public health. And that just really is going to constrain people’s ability to get a job when benefits run out.”

The estimates add fuel to the growing sense of alarm among many economists about the risk of severe hardship for millions of households caused by inaction in Washington.

The expiration of benefits could leave some families unable to afford basic payments like food and rent, and others retreating from the type of spending on goods and services that powers the U.S. economy.

That contraction could spread throughout the already weakened economic system, economists warn.

A nationwide eviction moratorium expires on Dec. 31, raising concerns that jobless Americans could fall into homelessness.

Karin Smith, 52, a single mom in Jupiter, Fla., says she is one of the millions who will lose her unemployment insurance on Dec. 26.

After losing her job as a contractor with the U.S. Education Department in March, she has been relying on the PUA insurance to support herself and her 14-year-old son.

She said it has been a struggle since Congress let the extra $600 in benefits expire at the end of July, but she’s been getting by, hawking some designer handbags on sites like eBay and picking up a few odd jobs like pet-sitting when she can.

But she’s been falling further behind on the roughly $3,000 of basic expenses she has to pay a month, including her $1,650 rent, and she has no plan in place to be able to pay December rent at the moment, which would be a first.

“My son really wants us to buy a mobile home and move into it with the pets, so that it’s just ours and we don’t have to worry about being homeless,” she said.

She’s watched her hope that Republicans would compromise with the Democratic-controlled House in the fall harden into disbelief and anger as deadlines have come and gone with no further stimulus in sight at the moment, more than eight months into the pandemic.

“It’s hard to figure out what goes on there and why they do the things they do,” she said of the Senate. “Why do they not want to help — do they really believe this isn’t happening?”

At least 18 states have options for some form of extended unemployment insurance that will help about 2.9 million of the workers who get cut off from the PEUC, Stettner and Pancotti’s research estimates.

The House has passed two versions of a stimulus bill, valued around $3 trillion and $2.2 trillion, which would have extended the deadline for these insurance benefits and also reinstated the weekly bonus that many said had helped them stay afloat.

But despite overtures from President Trump and Treasury Secretary Steven Mnuchin, Senate Republicans have balked at approving as much in federal financial relief. Republicans have pushed for extending unemployment benefits at a lower amount as part of a $500 billion stimulus plan that Democrats have rejected as inadequate to the scale of the crisis.

Economists have been warning for months that the failure to renew aid to people who lost their jobs during the pandemic could have wide effects on the economy.

“This is going to mean a lot of misery,” said Michele Evermore, an unemployment insurance expert at the National Employment Law Project.

More than 21 million people are currently claiming some form of unemployment insurance, according to the Labor Department.

“The folks who are getting unemployment insurance, they are spending that money,” said Celine McNicholas, director of government affairs at the Economy Policy Institute. “This is just bad economics. When you look at the impact of what this is going to do in the overall recovery, when demand is already so weak — you’re looking at taking a problem and making it so much worse.”

During the Great Recession, Congress did not let unemployment insurance extensions lapse fully until the end of 2013 — more than five years after the crisis began. That cutoff left 1.3 million people without benefits, which drew alarm from Democrats at the time.

But that number is a fraction of the amount of people that could lose unemployment insurance this time around.

“This cutoff will affect 10 times as many people around the last cutoff,” Evermore said. “That was catastrophic. This is just exponentially worse, and it just really doesn’t seem like it’s going to be addressed prior to next year.”

Noting that unemployment rates for minorities like Blacks and Latinos is significantly higher than it is for Whites, Evermore said the cutoff would disproportionately affect communities of color.

“I hope policymakers are taking that into account,” she said.

Jeff Stein contributed to this report.

Image by ErikaWittlieb from Pixabay