If you Vote-by-Mail, read this! 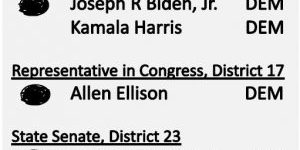 This article is the step-by-step process for voting by mail (VBM).

This video is the step-by-step process for filling out the VBM ballot.

This Florida Politico article shows what may happen if the above steps are not followed carefully!

Trump won Florida by fewer than 113,000 votes four years ago in an election in which 28 percent of the state’s 9.5 million voters cast their ballots by mail. This year the projected VBM ballots could double that amount.

Donate to the Amendment 4 Fines and Fees Campaign
October 25, 2020