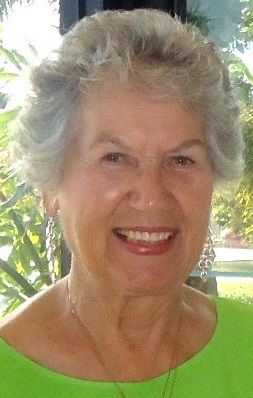 Nancy Razvoza, Vice-Chair of the Charlotte County Democrats (CC Dems), says she is a Democrat because she cares about people, society, our environment, and much more. Her activism in many passionate causes led her to her current leadership role. To understand Nancy’s journey, we need to know about early influences in her life.

“My mother took me to the library once a week starting at age four. It was the high point of my week. I loved the library so much—it was my eye into the world!” She worked in the library from age 14 until high school graduation and dreamed of one day being a librarian.

Influenced by what she calls “warrior women,” Nancy praises her mother and grandmother as great role models. Even though Nancy’s mother was a semi-professional basketball player, playing all over Pennsylvania, and valedictorian of her high school class, she was unable to go to college. There was no family support, financial or otherwise, for a girl to go off to college.

Nancy’s father started working in the local glass factory at age 13 until retirement. Those were challenging times—jobs were scarce, and the glass company offered employees’ widows a job to help keep their family afloat. That’s how her paternal grandmother, as a young housewife, went to work in the glass factory. She was a “warrior” in Nancy’s eyes.

Growing up in a small community in southern Pennsylvania, Nancy recalls her childhood as ideal—a blue-collar family, sister to three younger brothers, and leadership of two warrior women. Nancy so wanted to go to college, but in those days financial support only went to boys. She earned multiple “prizes”—winning a city-wide competition that would allow her to attend an all-girls’ school during her senior year, which she declined. She was offered a scholarship to an art school in New York, which she also had to decline. She knew she would go to college someday and, as the first person in her family to do so, Nancy was right. She finally started classes in 1978 and earned her B.A. in Applied Science-English Literature in 1985. She also earned a Master’s of Library & Information Science from the University of Pittsburgh. In spite of a late start and a lengthy journey, she achieved her goal.

Nancy and her late husband, Richard (Raz) relocated from Pennsylvania to Port Charlotte in 1986 when she was offered her first job as a professional Librarian. They immediately fell in love with the small-town feel of the community. As a Marine Corps staff sergeant, Raz spent 33 months as a prisoner of war during the Korean conflict. He and Nancy became active with American Ex-Prisoners of War at the state level and with the local Peace River chapter. Raz served as a state commander and she was an adjunct. “We traveled all around Florida and met other POWs. It did so much for him in dealing with his PTSD.”

Nancy said that of the many organizations and causes she has been involved with, her time as Volunteer Director of the Charlotte HIV network in the ‘90s was both the hardest and most rewarding thing she has ever done. “Until the public confronts the prevalence of HIV in a community, they cannot solve the complex social, economic and environmental factors that fuel the epidemic.” At that time, the community—and the country–was in denial. There was so much complacency. Nancy worked to bring awareness of the problem to the attention of Charlotte County residents.

Obviously, Nancy has continued her activism. “When Barack Obama gave the keynote address at the Democratic National Convention in 2004, I was so moved. When he began his first presidential campaign, I immediately volunteered.” And it was the day after Trump was elected that she decided to serve in whatever capacity available to not allow that to happen again. An online search led her to join the Southwest Florida Indivisibles, a non-partisan group committed to increasing voter registration and participation by the disenfranchised. “My first experience was great. A group of us went to Rubio’s office in Tampa. There were 60 of us outside protesting his position on education.”

Today, as Vice-Chair of the CC Dems, she would like to see more residents involved in a Veteran’s caucus. “We need a Democratic group that will work hard to preserve and protects those who have served us so well.”

Listen and see Nancy explain that she is a Democrat because she cares.  Click here.