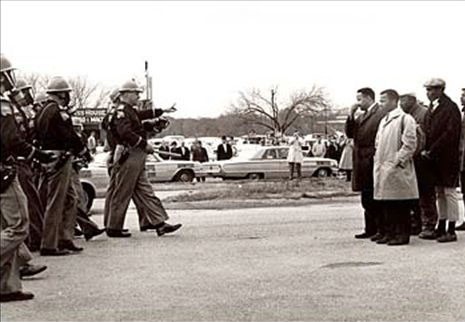 ‘If history repeats itself, and the unexpected always happens, how incapable must Man be of learning from experience.” George Bernard Shaw

During the Reconstruction period following the U.S. Civil War, it was not uncommon for African Americans to be elected to local and state offices. Although election to federal positions was less common, there was modest evidence that racial equity was occurring in the post-war south.

As federal troops were withdrawn in the 1870’s, however, southern states and local municipalities began passing Jim Crow laws making it more difficult for Black people to vote.

The result was a huge drop in voter turnout in the South. In North Carolina, for example, from 1896 to 1904, Black voters were completely eliminated from voter rolls. Tactics such as literacy tests, residency requirements, and poll taxes were used to restrict Black voters from participating. Paramilitary groups such as the White Man’s League harassed black voters and attacked Black office holders.

As a result, Blacks moved from the south in huge numbers. Historians refer to the period between 1916 and 1970 as “The Great Migration” in which over 6 million Blacks moved north to escape racial violence.

With the passage of the 1965 Voting Rights Act, many voting inequities were addressed. Subsequent revisions of the legislation further protected minority voters.

In recent years, this trend is shifting as the 1965 law is weakened and states pass legislation to restrict voting. The most recent blow to voting rights was the Supreme Court decision which upheld laws in Arizona making voting more difficult. Experts agree, this decision will encourage other states to move forward with voter restriction laws. Many other red states are doing just that. Florida legislators recently passed its own restrictive voting rights bill.

In another example of ghosts from the past, we can’t overlook the January 6th insurrection, the first time in our country’s history a Confederate battle flag was proudly displayed in Congress. All of the elements of this riot are reminiscent of racist mobs that terrorized minorities. Anyone who watches and listens to the videos of that horrible day, can’t escape that the “Stop the Steal” rhetoric is racism fueling voter suppression.

Our two Florida senators (Marco Rubio and Rick Scott) and local congressional representative (Greg Steube) have not spoken out about voting rights being eroded, suggesting they appear to be on the same page. Their silence in deference to the ex-President and his supporters is deafening.

It’s past time for to speak out and make some noise.  If the late John Lewis could march calmly into a sea of racist cops as he did in Selma in 1965, surely, we can get loud and urgent about the injustice now around us.