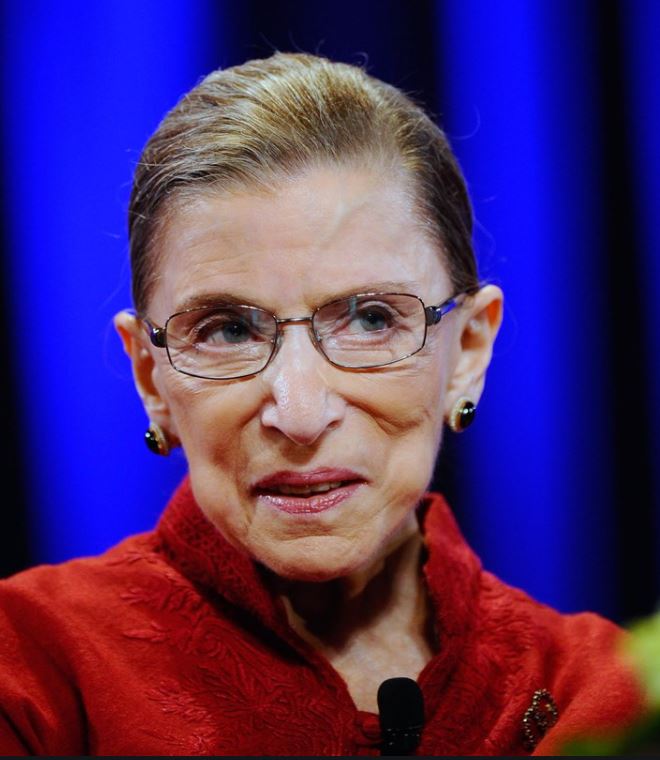 Editor’s note: The following is an edited extract from https://www.cnn.com/2020/09/18/politics/ruth-bader-ginsburg-dead/index.html, written by Joan Biskupic and Ariane de Vogue, at CNN. You can read her full ACLU obituary here.

Supreme Court Justice Ruth Bader Ginsburg, 87 years old, died on Friday due to complications of metastatic pancreas cancer. Ginsburg was appointed in 1993 by President Bill Clinton and in recent years served as the most senior member of the court’s liberal wing consistently delivering progressive votes on the most divisive social issues of the day, including abortion rights, same-sex marriage, voting rights, immigration, health care and affirmative action.

Along the way, she developed a rock star type status and was dubbed the “Notorious R.B.G.” In speaking events across the country before liberal audiences, she was greeted with standing ovations as she spoke about her view of the law, her famed exercise routine and her often fiery dissents.

“Our Nation has lost a jurist of historic stature,” said Chief Justice John Roberts. “We at the Supreme Court have lost a cherished colleague. Today we mourn, but with confidence that future generations will remember Ruth Bader Ginsburg as we knew her — a tireless and resolute champion of justice.”

Ginsburg died surrounded by her family at her home in Washington, D.C., the court said. A private interment service will be held at Arlington National Cemetery. Ginsburg had suffered from five bouts of cancer, most recently a recurrence in early 2020 when a biopsy revealed lesions on her liver. In a statement she said that chemotherapy was yielding “positive results” and that she was able to maintain an active daily routine.

Ginsburg suffered two bouts of cancer in 1999 and 2009, and received a stent implant in her heart but never missed a day of oral arguments. She was married to Martin Ginsburg, a noted tax attorney for more than 50 years until his death in 2010 and they had two children.

“I would just like people to think of me as a judge who did the best she could with whatever limited talent I had,” Ginsburg said at an event at the University of California Hastings College of Law in 2011, “to keep our country true to what makes it a great nation and to make things a little better than they might have been if I hadn’t been there.”

“I have often said I would remain a member of the Court as long as I can do the job full steam,” she said in a statement in July 2020. ” I remain fully able to do that.” She told an audience in 2019 that she liked to keep busy even when she was fighting cancer. “I found each time that when I’m active, I’m much better than if I’m just lying about and feeling sorry for myself,” she said in New York at the Yale Club at an event hosted by Moment Magazine. Ginsburg told another audience that she thought she would serve until she was 90 years old.

Tiny in stature, she could write opinions that roared disapproval when she thought the majority had gone astray. Before the election of President Donald Trump, Ginsburg told CNN that he “is a faker” and noted that he had “gotten away with not turning over his tax returns.” She later said she regretted making the comments and Trump suggested she should recuse herself in cases concerning him. She never did.

In 2011, by contrast, President Barack Obama singled out Ginsburg at a White House ceremony. “She’s one of my favorites,” he said, “I’ve got a soft spot for Justice Ginsburg.”

The vacancy gives Trump the opportunity to further solidify the conservative majority on the court and fill the seat of a woman who broke through the glass ceiling at a time when few women attended law school with a different justice who could steer the court to the right on social issues.