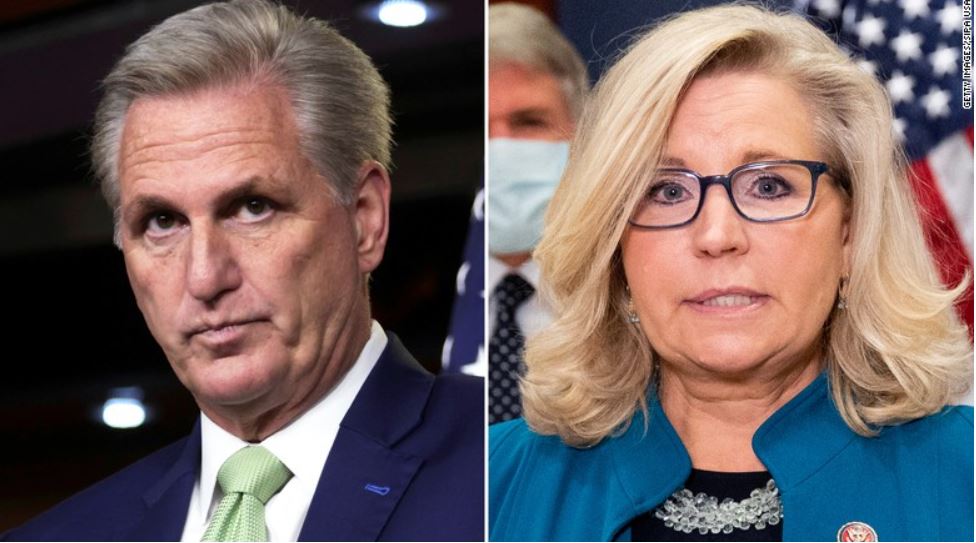 This morning, Jonathan Martin at the New York Times reported that House Minority Leader Kevin McCarthy (R-CA) has warned Republican political consultants that they may not continue to work for both him and Representative Liz Cheney (R-WY), who is vice chair of the House Select Committee to Investigate the January 6th Attack on the United States Capitol.

While Republican lawmakers are trying to sweep the insurrection under the rug, Cheney is calling out the attack and demanding sunlight on what happened. Republican leaders are lining up behind former president Trump in hopes of retaining his loyalist voters, but Cheney is repeatedly, and increasingly clearly, suggesting that the president was responsible for the events of that day.

That McCarthy is trying to make her a pariah indicates a fight over the future of the Republican Party. While one fund-raising company has already cut ties with her, Cheney is not operating from a weak position. Her father is Richard (Dick) Cheney, who was President George W. Bush’s vice president and, perhaps more significant for today’s events, President George H. W. Bush’s secretary of defense. The Cheneys are likely not unaware of what is happening among intelligence officials, which seems likely to involve some current Republican lawmakers.

And Liz Cheney’s stand against McCarthy and Trump is not hurting her politically at home: she has raised more than $5 million for her reelection, compared to the $300,000 raised in the last two months or so by her Trump-backed opponent.

There is an important story behind McCarthy’s attack on Representative Cheney. She presents a threat to the pro-Trump Republican Party not simply because she is standing strong against the former president and the attack on our democracy.

She is offering to women and men in the suburbs a reasonable alternative to those pro-Trump representatives like Marjorie Taylor Greene (R-GA) and Lauren Boebert (R-CO) whose pistol packing and aggression gets attention for all the wrong reasons. Trump Republicans have lost the support of suburban women, and Cheney seems to be picking them up and explaining that Trump and his supporters, including McCarthy, tried to destroy our democracy. That McCarthy felt it necessary to try to undercut her this way suggests they see her as a major threat.