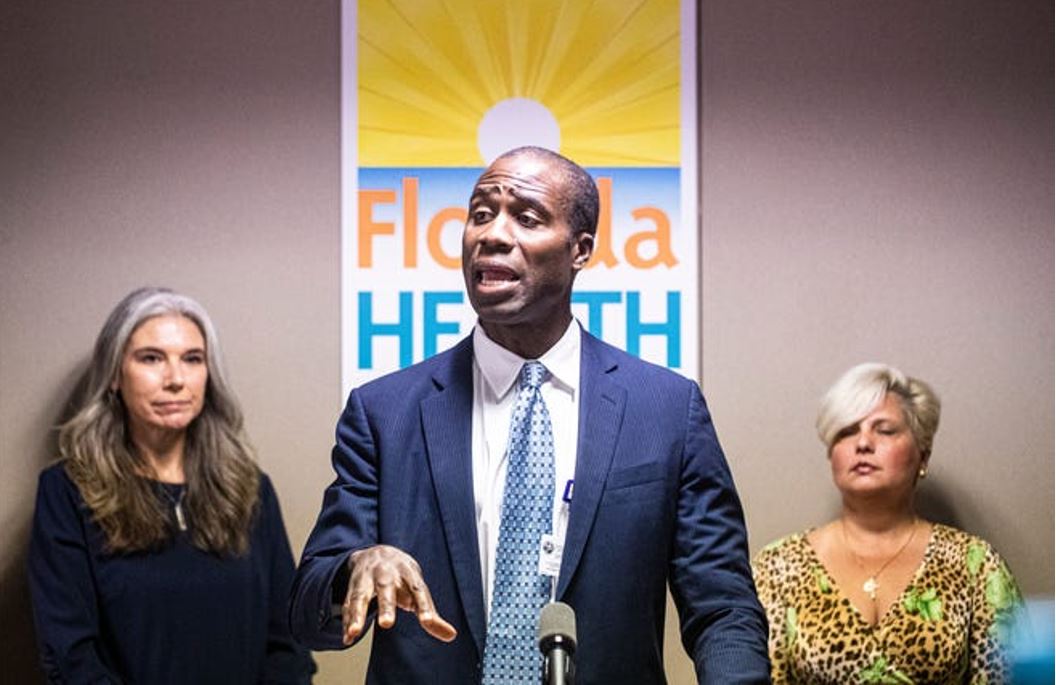 Dr. Joseph Ladapo, the unorthodox surgeon general of Gov. Ron DeSantis, whose employment at the University of Florida was fast-tracked with the help of a powerful donor, also got his new Florida medical license application approved in record time.

Records show it only took the Florida Board of Medicine two days to approve Ladapo’s 10-page online application — a process that normally takes 2-6 months, according to the board’s own website and confirmed by medical and legal professionals familiar with the process. All 15 members of the Board of Medicine are appointed by the governor.

“As a physician, this revelation raises further grave concerns about Dr. Ladapo,” said Dr. Mona Mangat, a St. Petersburg allergist and immunologist in an email to the USA TODAY NETWORK Florida. “Fast-tracking of his medical license and placement in the University of Florida as a professor additionally undermines our trust in this man.”

The UF College of Medicine’s top administrators helped Ladapo through the application process in two weeks’ time after getting word that he had the backing of Board of Trustees Chairman Mori Hosseini, a GOP megadonor and adviser to Gov. Ron DeSantis.

Faculty have complained that the rushed process also sidestepped the normal process for approving tenure.

Mangat, a board member of the national advocacy group Committee to Protect Health Care, was among the 350 Florida physicians who signed and submitted a letter to the Florida Senate asking for a rigorous vetting of Ladapo when its regular session begins Jan. 11.

Many of Ladapo’s views against mask and vaccine mandates are in line with DeSantis, who has made challenging such policies a linchpin of his re-election campaign. Among the doctors’ chief concerns is Ladapo casting doubt about the efficacy of masks to stop the spread of COVID-19 and the safety and efficacy of vaccines.

“We urge you to exercise your authority to ask questions of this nominee, given your role in confirming them, to clarify Dr. Ladapo’s commitment to the health and safety of all Floridians during the pandem-ic,” the letter said.

‘Politics-over-public-health approach’ Among other things, they said, the Senate should ask about Ladapo’s association with America’s Frontline Doctors, a fringe group that has made millions peddling treatments that have been proven to be ineffective against COVID-19. They also question his scientific basis for opposing universal masking in schools and for promoting natural immunity and unproven treatments for COVID-19, including hydroxychloroqhine and ivermectin. “I imagine Dr. Ladapo’s association with the fringe group ’America’s Frontline Doctors‘ … and his past incorrect comments about COVID-19 vaccines and masks should disqualify him from a medical license, let alone becoming surgeon general,” Mangat said.

“Unfortunately though, it seems these dangerous, quacky views are the precise ones Gov. DeSantis was looking for in a surgeon general, to support his politics- over-public-health approach to the pandemic.”

DeSantis has steadfastly stood by his choice of Ladapo as surgeon general, saying he is well qualified for the position.

“Contrary to Dr. Mangat’s assertions, nothing that Dr. Ladapo has said about vaccines or masks has been demonstrably ‘false.’ The state surgeon general has been clear about his approach to public health and policymaking: He follows the data and considers the broad impact of health policies on Floridians’ overall well-being,” Christina Pushaw, the governor’s press secretary, said in an email.

Pushaw referred questions about the license application to the Department of Health, which did not respond.

Phone calls and emails to the Florida Board of Medicine’s executive director and legal counsel, asking to explain how Ladapo’s application was approved so quickly, also were unanswered.

Ladapo’s application was provided in response to a public records request by the USA TODAY Network-Florida. A follow-up email asking if other documents proving his credentials — his medical school transcripts, post-graduate internship records, for example — were included in the application packet was not answered.

Such documentation is recommended to help expedite the application process and background check.

“Licenses will not be issued without the background check results and will be issued in date order,” the website says.

Other medical license and medical recruiters agreed that it’s unusual to have a license approved so quickly.

And while it is not uncommon to be hired for an academic position without being licensed, typically doctors wait until they have a license before they begin applying for work.

“I’ve not heard of a full license being issued in two days — ever,” said Amy Weber, owner of US Health Care Licensing in Orange Jacksonville.

If he had planned ahead and gotten his licenses from other states, medical school transcripts, examination board scores, residency certificates, and other documentation verified in advance, she said “it’s possible he could have gotten the license approved in a relatively short period of time.”

But in the 13 years she’s been assisting major hospitals around the country, such as Harvard University Hospital and the Seattle Children’s Hospital, with navigating doctors through the licensing process, she’s “never seen a doctor with all their ducks in a row.”

Even then he would have needed a month or two of advanced planning, which would mean he knew that far ahead that he was in line for surgeon general. In fact, Ladapo’s physician profile on the Florida Board of Medicine website says that information in it has not been verified.

Also, his profile doesn’t provide mandatory information in several categories — an indication of a rushed job, one expert said.

Ladapo is a 2008 graduate of Harvard Medical School, with a certification in internal medicine, according to his resume.

He’s written dozens of op-ed pieces critical of the Centers for Disease Control and Prevention’s protocols for combating the pandemic.