Latest poll: Democratic race for Florida governor is as close as ever 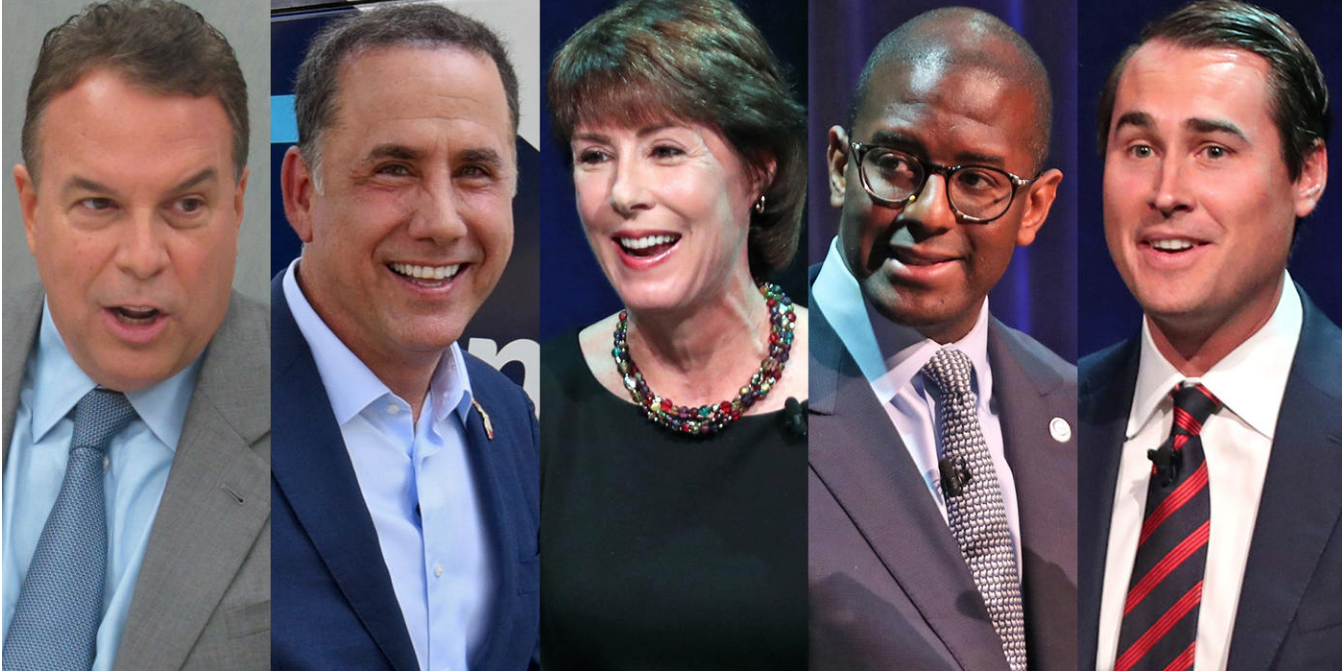 With eight days before Election Day in the race for the Democratic nomination for Florida governor, three candidates, including a surging Andrew Gillum, are separated by just six points.

Leading the field is former U.S. Rep. Gwen Graham at 27 percent. Right on her heels is former Miami Beach Mayor Philip Levine at 25 percent. Those two have been atop nearly every poll in months and began looking like they were locked in a two-person battle.