Republicans try to un-ring the bell on abortion 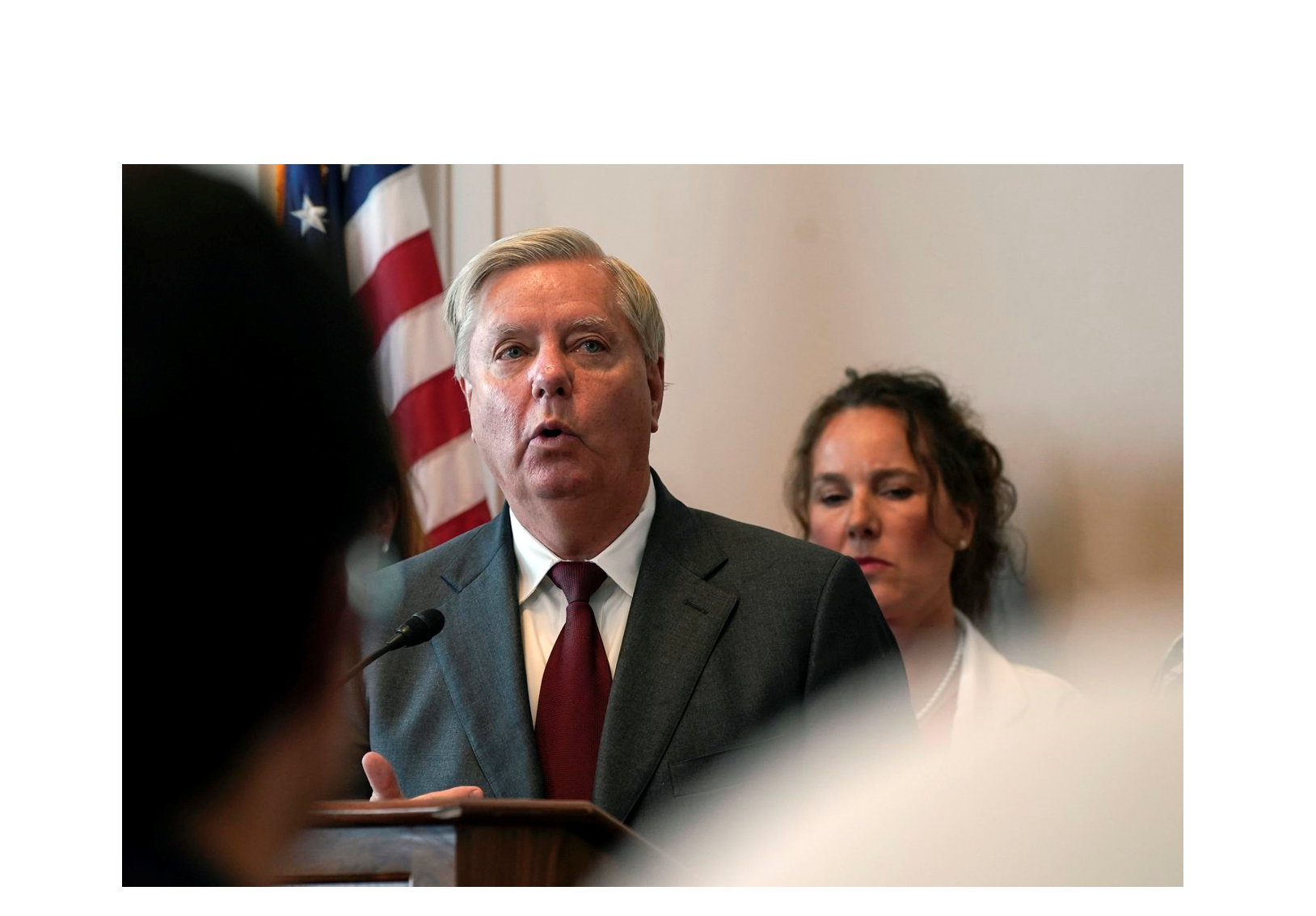 Lindsey Graham’s national abortion bill exposes a growing fracture in the antiabortion movement about what to do now, after the demise of Roe v. Wade.

With the head of the Susan B. Anthony List, a prominent antiabortion group, at his side, Senator Lindsey Graham of South Carolina unveiled legislation last week that would ban abortion nationwide after 15 weeks of pregnancy, with certain exceptions. Graham presented the bill as a common-sense measure that would expose the extremism of Democrats who support the right to abortions later in pregnancy.

Graham was dusting off a playbook that served the antiabortion movement well for decades: one focused on antiabortion incrementalism.

Incrementalists prioritized what was politically possible. They sought abortion restrictions that could pass, measures that at least theoretically might win the support of voters, all while shifting the Overton window of acceptable discourse and inching toward an outright ban. Incrementalism defined antiabortion strategy for years; it produced major wins, like the Hyde Amendment, which banned Medicaid funding for abortion, as well as innumerable state restrictions that made abortion inaccessible to many Americans, especially low- income women of color across swaths of the South and Midwest.

Politicians liked antiabortion incrementalism because it didn’t require them to risk the wrath of most voters, and given how things have been going of late, it’s no surprise that some Republicans are resurrecting it now. Since Roe v. Wade was overturned in June, Republicans in states such as West Virginia and South Carolina have balked at passing no-exception bans. (West Virginia did pass a ban with narrow exceptions but imposed no criminal penalties on doctors who violate it.) Kansas, a deeply conservative state, dealt the antiabortion movement a blow by voting to retain that state’s constitutional protections for abortion. Politicians who once took absolute positions, from Blake Masters in Arizona to Mehmet Oz in Pennsylvania, are scrubbing their websites and backpedaling. Polls suggest that the reversal of Roewas unpopular and that voters are motivated to do something about it.

Graham seems to want to give vulnerable Republicans a safety net: They can please base voters by proposing a national abortion law without offending too many swing voters.

It’s not going to be that easy. To begin with, incrementalism has become a dirty word for many within the antiabortion movement. It always fought for a nationwide ban on abortion from the moment of fertilization, one rooted in the idea that a fetus is a rights-holding person. With Roe v. Wade gone, many younger antiabortion activists see no reason to demand anything less. To them, Graham’s bill looks like a giant, cowardly step backward.

Once-dominant incrementalist organizations no longer enjoy the power they previously did. Any number of groups are vying for strategic dominance in today’s antiabortion movement, from more absolutist national ones like Students for Life, to formerly small-time players like the Thomas More Society, to organizations that are expanding beyond the state level, like those behind Texas’s SB8, a bill that allows bounty hunters to sue anyone who performs an abortion or aids someone seeking one.

Graham’s bill is likely dead on arrival — Senate minority leader Mitch McConnell has expressed little interest in prioritizing it, even if Republicans retake both chambers of Congress. But even the idea of the bill exposes a growing fracture in the antiabortion movement about what should come next — and how much the movement should bend to political reality. Republican politicians are not likely to agree on this question either. Many of them, both in Congress and the states, represent politically uncompetitive districts — made all the more so by gerrymandering. For these politicians, there is no reason to worry that abortion bans will be unpopular with general election voters. Instead, these Republicans may fear a primary challenge from the right. It would not be hard for a GOP populist to describe Graham’s incrementalism as “pro-life in name only.’’

And yet Graham’s bill may not do enough to insulate vulnerable Republicans from voters’ anger about the erasure of the right to choose. Incrementalism was successful in the past in part because it could define — at least for a short time — what it meant to be “pro-life’’ or “pro-choice.’’ It created the impression that there were stark differences between antiabortion extremists, who fought to get fetuses treated as persons, and the pragmatic antiabortion groups that supported more modest restrictions. This was effective because Americans generally support some restrictions on abortion while strongly opposing outright bans — only 13 percent of Americans think that abortion should be illegal under all circumstances.

But since the fall of Roe, the mask of incrementalism has come off. States have imposed sweeping bans, sometimes punishable by life in prison, and legislators are not done yet. Some are considering eliminating modest exceptions for rape and incest; others are looking at draconian enforcement mechanisms to keep people from purchasing abortion pills on the Internet or traveling out of state. Self-proclaimed abolitionists are calling for the punishment of women. These proposals are all steps toward the recognition of fetal personhood and a ban on abortion across the country.

Graham is hoping to make Democrats look bad by demonstrating that they favor abortion access after 15 weeks. What he is likely to do is remind voters that a nationwide ban of some kind is not a pipe dream for abortion opponents but a priority for Republicans. No one will believe that 15 weeks is the stopping point for the GOP — not least because antiabortion leaders are saying as much themselves.

Mary Ziegler, a professor of law at the University of California, Davis, is the author of “Dollars for Life: The Anti-Abortion Movement and the Fall of the Republican Establishment.’’