Listen to RBG: the power of dissent and your vote 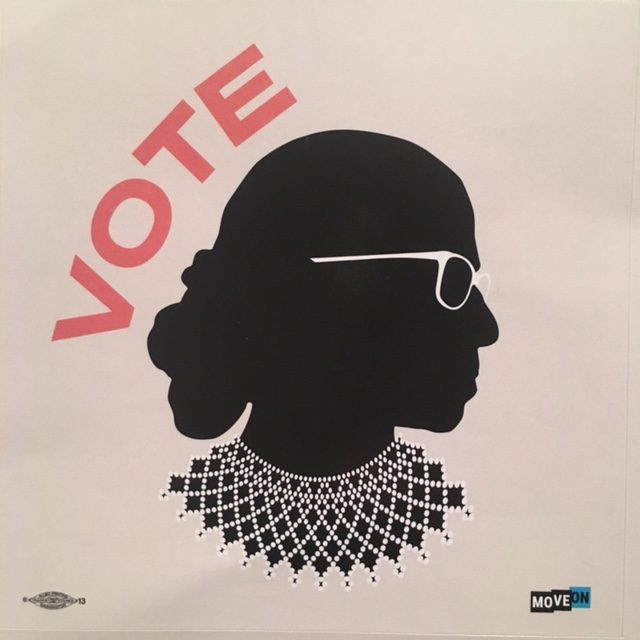 While we all sit by helplessly and watch the Senate ignore pandemic relief legislation as they jam through a Supreme Court nominee appealing to President Trump’s evangelical base, we are left wondering what we can do to stop this process. Republican senators have shamelessly changed their “it’s too close to the election” excuse they used when they refused, eleven months before the 2016 election, to even consider Merrick Garland, President Obama’s highly qualified choice for the highest court. In the current situation, the election is mere weeks away, but Republican Senators are moving forward with the nomination.  Why? Because they can.

During her presentation to the Senate, Senator Amy Klobuchar gave a stirring speech reminding us of Ruth Bader Ginsburg and the power of dissent. As the late Justice Ginsburg demonstrated in case after case, you don’t always have to be in the majority to make your case and influence others.

“Yes, Judge,” Klobuchar said to Supreme Court nominee Amy Barrett, “I think this hearing is a sham. We don’t have some clever procedural way to stop this sham, to stop them from rushing through a nominee. But we have a secret weapon that they don’t have — we have Americans who are watching. … They know what this president and the Republican Party are doing right now is very wrong.”

As the Senator was speaking these words, the voting lines in Georgia snaked around neighborhood streets for blocks. Some people waited over 10 hours to vote, both a shameful display of voter suppression and a sign that Klobuchar is right. In our own Charlotte County, nearly 20% of voters have already cast their ballots, with more Democratic ballots cast than Republican.

Senators will move ahead and abuse their power to jam through a conservative judge whose views are inconsistent with many Americans, but there’s an army of us out here who will fight back at the ballot box.