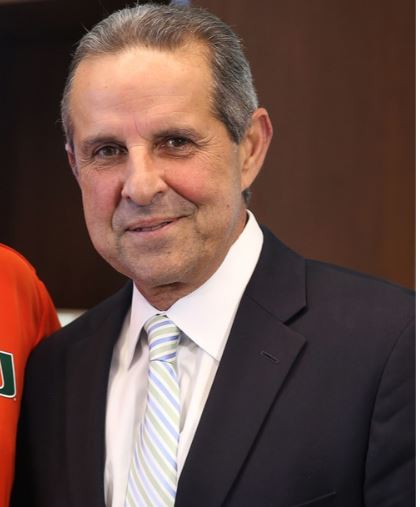 Manny got his start in Democratic politics volunteering for the Democratic presidential nominee in 1972, which motivated him to continue grassroots organizing in Miami-Dade County. Trained at an early age by the DNC, Manny learned from the bottom up by honing his skills in voter outreach, registration and engagement, canvassing, phone banking, polling, fundraising, absentee ballots (VBMs), messaging and media outreach. For decades, Manny has used these skills to run and advise campaigns at the local, state and federal levels, including his own.

Manny’s work helped elect some of the first Cuban-American Democrats to county and state offices, and the judiciary and helped build a diverse, strong bench of Democrats to run for local and state office. Manny has a long record of supporting LGBTQ equality, including his time as State Co-Chair of Florida Red Blue Say No on Amendment 2 campaign with Equality Florida in 2008. Throughout the 1990s, he also fought xenophobic policies at the local, state, and national level and advocated for Hispanic and Haitian immigrants in Miami-Dade County. He led the fight for single-member legislative districts and fought against gerrymandering alongside the Urban League, NAACP, and others, which created more seats for Democrats but also helped open the door for more minority and women representation in the Florida Legislature.

Manny was elected Mayor of the City of Miami in 2001, having never before run for elective office. He was reelected to a second term in 2005, and was chosen to lead the United States Conference of Mayors as its president in 2008 where, in response to the Great Recession, he worked with President Obama, Vice-President Biden and leaders Pelosi and Reed to develop and execute the stimulus bill. During the 2008 campaign, President Obama chose him to do speak on Day 3 of the Democratic National Convention, the night Vice President Biden accepted his nomination.

After inheriting a fiscal and quality of life crisis, Manny developed a vision for Miami as an international city that embodies diversity, economic opportunity, effective customer service and a high standard of living. To achieve this goal, he re-engineered Miami government from top to bottom.

During his tenure, Manny was recognized for completely transforming the City of Miami, and for many innovative programs in the areas of urban design, sustainability and green initiatives, education, infrastructure investment, affordable housing, law enforcement, poverty and homelessness, and arts and culture. In recognition of these nationally recognized model programs, Diaz has received almost 100 prestigious awards and recognitions. Throughout his career in public service, he has been a force for justice, equality, and meaningful change.

Manny’s dedication to Democratic causes and electing Democrats has continued over the last two decades as a surrogate, funder and/or strategic advisor to Democratic candidates in Florida. He was an active supporter of Alex Sink, Charlie Crist and Andrew Gillum’s Gubernatorial campaigns, Kendrick Meek, Patrick Murphy and Bill Nelson’s Senatorial campaigns and for Barack Obama, Hillary Clinton and Joe Biden’s presidential campaigns in Florida. He has also spent his time working on efforts in recent years to: push back against voter disenfranchisement, address our opioid addiction problem; replace the 251 remaining coal plants with clean energy; reduce maternal mortality; increase black enrollment in medical schools and colleges more broadly; and with Mom’s Against Illegal Guns.

Manny and his wife Robin live in Miami and are proud parents and grandparents to four children (Manny, Natalie, Robert and Elisa) and four grandchildren (Colin, Gavin, Manny and Dan).

Below are Manny’s responses to 3 questions raised by Teresa Jenkins, Charlotte County Dems Chair, before the election:

1.  How can Florida Democrats compete in the information wars, given the massive media machine the GOP has at its disposal? How should Democrats adapt?
Florida Democrats need to build a decentralized messaging machine of elected officials, activists, and supporters distributing tailored messaging to the media markets, and segments of voters online, we are communicating in. We have historically operated a top-down, one-size-fits-all message operation. We have to get much more granular in order to compete with the GOP. For example, we need a different message for NPAs in Miami-Dade than NPAs in Charlotte County or NPAs in North Florida. We need different messaging for African American women in population-dense cities than that of White men in rural areas. Once we have that segmented messaging operation, we need to show up. So much of the GOP message has been framing us instead of us framing ourselves. When we don’t show up and fight back, pushing our message on our policies and winning the hearts and minds of voters or do so at the last minute, we are putting ourselves at a massive disadvantage. We also recruit, coordinate with and train powerful local messengers and empower them to communicate to voters in their areas.

2.  What actions will you take to draw more attention to and be supportive of local candidates and races?
We absolutely need to continue building a bench of talent in the Florida Democratic Party. As a former Mayor, I know that step one is recruiting candidates to run at the local level and making sure they have the resources needed to win their races. Alongside Commissioner Ken Russell, I will continue to build the Florida Democratic Party’s Municipal Victory Program. We need to set growth goals for the number of local candidates recruited, funded, and elected and be intentional about identifying candidates who may already be doing the work of speaking out and up for their communities. We need candidates of the people who can speak to their concerns, but also to their dreams and aspirations. Part of our support should include training on every part of running campaigns and connecting them to local funders. FDP should be a resource to them and provide critical needs to help them run successful campaigns, like giving them access to good data and helping to facilitate the production and procurement of campaign needs and staff.

3.  Florida Democrats underperformed expectations in the November presidential election. What do you believe went wrong and what actions do you believe are necessary to resolve the shortfalls of our Party this election cycle?

There wasn’t one thing that went wrong, there were many. I’ve narrowed it down to three categories: organizational execution, messaging, and data. Additional detail on all the things I think are necessary can be found on my website at www.MannyDiazforChair.com/vision. But in short, we need to plan and execute better. It feels like we are doing 80% of our work in the last 20% of the election cycle. We need to front-load our programs so we are engaging with voters over 18-24 months every cycle, not the last 90 days of a cycle. This is going to require more, earlier fundraising. Ideally, the first money we raise every cycle must go to Field. We also need to realize that not every county underperformed. We need to learn from those DECs that overperformed and understand what they are doing right. We must also fix our data. We are making way too many assumptions and resource decisions on bad data. We need to do a major search for the most accurate analytics operatives and pollsters. Last, we must have bottom-up, locally-tailored messaging, not top-down messaging. This means leaning in on local issues with just as much weight as we do our evergreen Democratic issues.