Maps, Disney decisions nothing to crow about 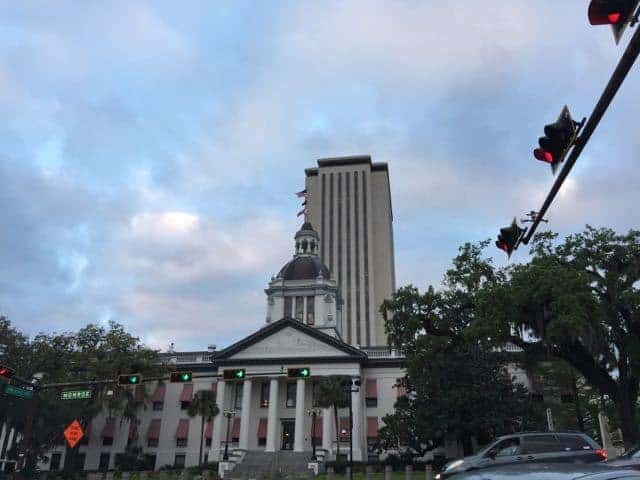 OUR POSITION: Actions last week by Florida’s governor and Legislature may have appeased staunch supporters but they were shameful partisan politics that only further divides our state and nation.

That is the best word to describe the Legislature’s acquiescence to Gov. Ron DeSantis with little or no visible research on the consequences of their actions last week.

In a matter of two days our lawmakers signed off on a congressional redistricting that just weeks before they had criticized as not adhering to the state constitution and a design that will likely not be accepted by the courts.

Then, they agreed to a late addition to the special session’s agenda to punish the Disney World for having the audacity to criticize the governor’s Parents Rights in Education bill. That bill, which will dismantle a decades-old agreement that allowed Disney to build its theme park in the Reedy Creek Special Taxing District, will have repercussions that could devastate the finances and wreak havoc on the structure of governments in Osceola and Orange counties.

Let’s first take a look at the new map that outlines who votes in each of Florida’s 28 congressional districts.

An original map approved by legislators allowed 10 districts that “leaned” Democratic. Gov. Ron DeSantis didn’t like that map. He said he would not approve it. Lawmakers shrugged and said “ok, you can draw it.” So he did and his map, which was approved last week despite a sit-in protest by Black lawmakers, has 20 Republican leaning districts and eliminates two districts that had elected Black representatives.

DeSantis had criticized the Legislature map for gerrymandering a district represented by U.S. Rep. Al Lawson, who is black, because it stretched across the northern border from Jacksonville to Tallahassee. Yet, his map retained a gerrymandered district where U.S. Rep. Mario Diaz-Balart, a Republican, holds office. That district stretches from Miami-Dade County across the southern portion of Florida to Naples.

The final version of the map should, relying on historic performances and demographics, give Republicans 20 seats in the U.S. House compared to 16 they now occupy.

The Legislature has already budgeted $1 million to fight lawsuits that will surely be leveled at their decision.

DeSantis made no secret of his anger and intentions to get back at Disney for criticizing the Parents Rights bill (called the Don’t Say Gay bill by opponents). By doing away with Disney’s special taxing district that was set up in 1967, the Legislature will cost Disney money and create havoc as Disney had control over roads, fire protection, housing and almost all other matters in the 25,000-acre special district.

The impact on the two counties home to the Disney property could be facing a financial headache.

Disney has an annual budget of $355 million for operations in the special district. It also has $977 million of debt. If the district is dissolved — which is scheduled to happen by June 1, 2023 — who would take on that debt and how can Osceolo and Orange counties absorb so many millions in operating expenses?

Republican lawmakers who helped write the bill say there would be negotiations with Disney over the next year that could allow for the special district to be reassembled with revisions that curtail the power Disney now has.

While that sounds like a reasonable solution, we can’t imagine how the two sides can come to any agreement after the past few weeks of bitter accusations that have been tossed back and forth — but mostly from DeSantis and lawmakers like Rep. Randy Fine, R-Palm Bay.

Republicans will make an argument, and it could be legitimate, that Disney has been getting too many tax breaks and special favors and needed to be reined in. And, they could say Democrats would gerrymander the maps if they had the power to increase their numbers on Congress.

But we don’t like the way things were done, especially the haphazard, last-minute and transparent decision to punch Disney in the mouth. Nor are we fans of the governor hijacking the Legislature’s responsibility to draw congressional maps and turning out versions that will most likely be overturned — even by the conservative courts he counts on to agree with him.

It all just stinks.