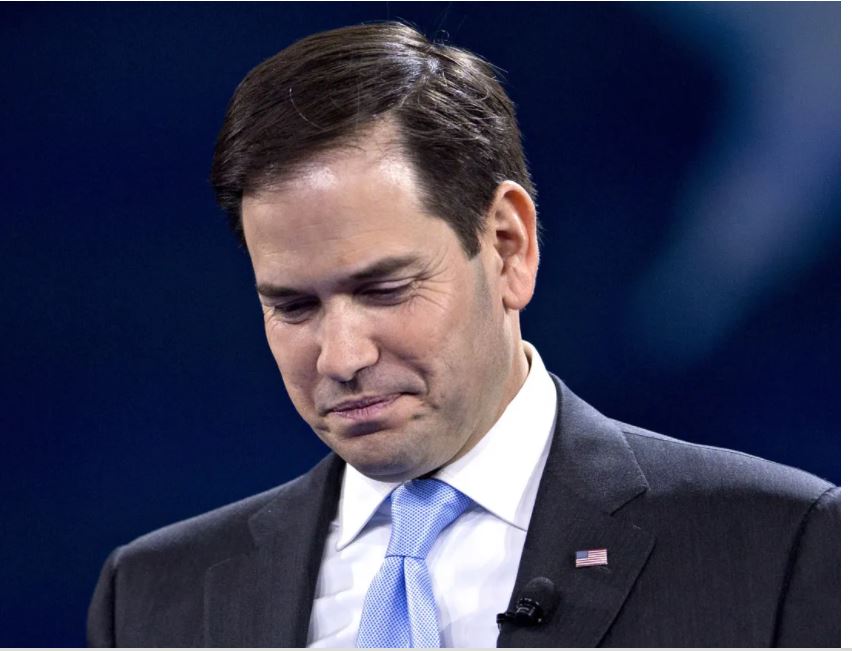 The much-anticipated U.S. Senate race in Florida between the Republican incumbent Marco Rubio and the Democratic challenger U.S. Rep. Val Demings is on. And it bids fair to be the highest-profile contest in the country in the struggle for control of the Senate.

One of the more interesting aspects of this matchup is how Rubio arrived at this critical time and place. It was not by paying his dues. No, like Faust, he made a deal with the devil to get here.

The beginning — and the high point — of his tawdry journey to today was Feb. 18, 2013, the day on which he appeared on the cover of Time magazine as The Republican Savior, with the subhead of “How Marco Rubio became the new voice of the GOP,” following his initial election to the Senate. Intelligent, well-spoken, attractive with an attractive family and a good back story as the son of Cuban American working-class immigrants, Rubio appeared to be the complete package in an evolving Republican Party.

I cannot think of that Time cover, and the hagiographic profile that accompanied it, without thinking that a Prescient John Greenleaf Whittier could have had Rubio in mind when he wrote, “Of all the sad words of tongue or pen, the saddest are these, ‘It might have been.’”

But it never could have been, really. The problem, which Time’s reporters could have discovered easily enough by drilling down just a bit into Rubio’s earlier political career, is that while he presents well, is plentifully supplied with ambition and has a good eye for the main chance, he is totally lacking in principles and courage.

There is not space here to detail all of the times a seemingly resolute Rubio has folded under pressure, from Personal Injury Protection reform in Tallahassee when the trial lawyers abruptly brought him to heel to immigration reform in D.C. when Tea Party zealots made him crawl on his belly and ask for their forgiveness. Suffice it to say, Rubio has never taken a stand on a tough issue and held his ground. Not once.

But it was his failed 2016 presidential campaign and subsequent events that indelibly marked him as an obsequious time server. Among all of the Republican cowards, crazies and charlatans in Congress there is a special category, the Hollow Men, composed of the three 2016 presidential candidates who knew and know who and what Trump was and is and said so plainly before he took them by the throat, forced them to their knees and made them lick his boots, which they continue to do to this day. I refer, of course to Lindsey Graham, Ted Cruz and the man Donald Trump contemptuously called L’il Marco, all Reeks to Trump’s Ramsay Bolton for the Game of Throne fans among you.

Being one of the Hollow Men is not, however, a bar to electoral success in the right state and the right circumstances at the right time. Cruz was reelected in Texas in 2018, defeating Beto O’Rourke and Graham was reelected in South Carolina in 2020, besting Jaime Harrison. Both of these outcomes are promising precedents for Rubio, as is the fact that 2022 is an off-year election with a Democrat in the White House. But Trump is not President as he was in 2018 or on the ballot as he was in 2020 and Florida, while now a distinctly reddish-purple, is not yet Texas or South Carolina.

Moreover, Rubio is facing a candidate who is everything he is not: a principled Black woman who is an accomplished member of Congress with a distinguished career outside of politics as a high-ranking cop and who rides a motorcycle for fun. In this context, Rubio’s biggest problem is that because he is not Trumpy enough given his past sins and obvious inconstancy to really excite the MAGA minions and drive them to the polls, he may be Trumpy enough to bring out the Democratic base, who will already be excited by a competitive Black woman on the ballot.

DeSantis’ 2022 reelection campaign is a dress rehearsal for his presumed 2024 presidential bid and so far, so good. He is singing MAGA’s greatest hits from the culture war hymnal with gusto and virtuosity, and the cult is swaying and singing along in response while the right-wing money rolls in from around the country. It is DeSantis who may save Rubio from a metaphorical mercy killing at the hands of Demings that would spare him six more years of the continued contempt of his fellow citizens of every political persuasion and further humiliation added to that which he has already meekly endured. Only time will tell.

Every day there is posted on Rubio’s Twitter account a verse from the Bible. Unsurprisingly, I have yet to see the question posed by Jesus in Mark 8:36: “For what shall it profit a man if he shall gain the whole world and lose his own soul?”

The omission is undoubtedly because Rubio got the answer wrong a long time ago, just as Faust did.

J.M. “Mac” Stipanovich is a veteran political strategist and former lobbyist who served as chief of staff to former Gov. Bob Martinez.