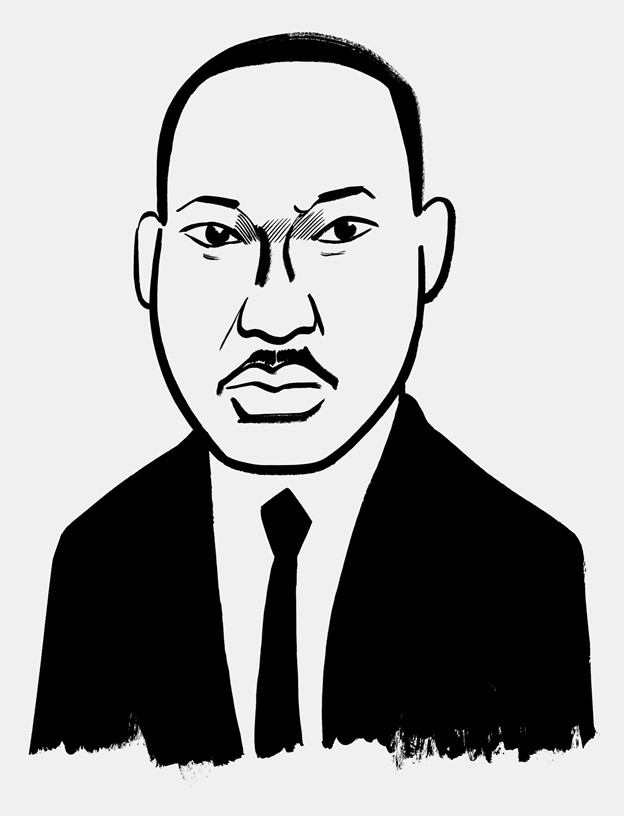 King understood the nation’s challenges as part of a continuous narrative. Today, a narrow view of America’s past could imperil its future.

On March 25, 1965, at the conclusion of the brutally consequential march from Selma to Montgomery, Martin Luther King, Jr., delivered a speech titled “Our God Is Marching On!” He spoke to a crowd of twenty-five thousand people on the grounds of the Alabama state capitol, in view of the office window of the segregationist governor George Wallace. The address is not among King’s best-known, but it is among the most revelatory. King argued that, in the decade since the bus boycotts in that city, a new movement had emerged and an older order was starting to fall away.

Referring to the historian C. Vann Woodward’s book “The Strange Career of Jim Crow,” King said that racial segregation had begun not simply as an expression of white supremacy but as a “political stratagem employed by the emerging Bourbon interests in the South to keep the southern masses divided and southern labor the cheapest in the land.” The so-called split-labor-market theory held that, by creating a hyper-exploited class of Black people, white élites could hold down the wages of white workers. And so racism didn’t just injure Black people, its immediate object; it took a toll on white laborers, too.

The Montgomery speech is notable because it presages the interracial populism that became an increasingly prominent part of King’s thinking and organizing in his remaining years; it’s notable, too, because it highlights the extent to which his thought had always been informed by a study of American history. In his “I Have a Dream” speech, he had mentioned the ideas of “interposition and nullification,” which he attributed to Wallace, but which implicitly harked back to John C. Calhoun’s efforts to protect slavery. King’s final book, “Where Do We Go from Here?” (1967), rooted an argument for a universal basic income and general economic redistribution in the Homestead policies of the mid-nineteenth century. To an underappreciated extent, he related the nation’s contemporary concerns to a genealogy of past ones.

Such historical continuities stand to be lost in the mainstream American understanding. Legislation recently passed in eight states—a list that may expand—seeks to restrict what students can be taught about our past, segregating laudatory and thereby permissible subjects in American history from a Jim Crow section in which the nation’s deepest shortcomings are hidden from view. These efforts come at a fraught moment. Last week, when President Joe Biden spoke to the nation from National Statuary Hall on the anniversary of the January 6th insurrection, he pointed out that the riot brought the Confederate flag into the halls of Congress—a violation that had not occurred even during the Civil War.

The substance as well as the symbols of a divided era have been infiltrating our political spaces. “In state after state, new laws are being written not to protect the vote but to deny it, not only to suppress the vote but to subvert it,” President Biden observed. King’s speech at the Alabama capitol, it should be recalled, was given amid a fight for a voting-rights law. Stripping the right to vote from Black Southerners, King noted, laid the groundwork for laws that further disadvantaged poor people across racial lines. Then as now, Southern legislatures justified limiting the franchise with specious claims about electoral malfeasance.

The Selma campaign was marked by the particular brutality unleashed on the marchers; voting-rights activists (including the late representative John Lewis) were bludgeoned, and some were even killed. White Southerners who participated in this violence understood themselves to be acting defensively; the marchers, they believed, were the aggressors, whose actions left them no choice but to turn to violence. That sentiment will be familiar to anyone who has been observing recent events. A survey from the fall found that large numbers of Americans think the nation’s democracy is in trouble, but that the preponderance of those who consider it to be under major threat are Republicans—the party whose President incited the attack on the Capitol in the first place. Given the prevalence of disinformation and propaganda on social media and cable news, electoral mistrust among conservatives, and thus the prospect of democracy derailed by its defenders, is not a surprising development. But it is a deeply disquieting one.

President Biden’s speech was an attempt to correct a false narrative taking hold on the right. The President criticized Donald Trump (without naming him) for creating “a web of lies about the 2020 election.” The word “truth” was used sixteen times. Yet purveyors of disinformation win simply by forcing their subjects to address their lies in public. Indeed, previous attempts to correct Trump-fuelled lies, not least Barack Obama’s showing his birth certificate, in 2011, have not proved an effective remedy. And aggregated lies can congeal into a counterfeit history of their own—the old Southern myths of the Lost Cause flutter the Confederate flags of today. As the Smithsonian curators Jon Grinspan and Peter Manseau argued in a chilling Times piece last week, it is not far-fetched to consider that Statuary Hall might one day feature a marble likeness of the QAnon Shaman, who, with his headdress of horns and fur, helped galvanize the January 6th mob. A statue of Jefferson Davis, after all, has resided there since 1931.

This holiday honoring Martin Luther King, Jr., sees a nation embroiled in conflicts that would have looked numbingly familiar to him. As school curricula and online discourse threaten to narrow our understanding of both past and future, it’s more important than ever to take stock of our history and its consequences, as King did in his speech more than half a century ago. In Montgomery, the civil-rights leader spoke of the intransigent optimism that had led activists to fight for change, in the face of skepticism about what could actually be achieved. President Biden struck a similar note in his Statuary Hall speech. For those who believe in democracy, he said, “anything is possible—anything.” This is true, as the events of both March 25, 1965, and January 6, 2021, established. Anything is possible right now, and that is as much cause for hope as it is for grave concern.

Published in the print edition of the January 17, 2022, issue, with the headline “History Lessons.”

Jelani Cobb, a staff writer at The New Yorker, teaches in the journalism program at Columbia University. He co-edited “The Essential Kerner Commission Report” and “The Matter of Black Lives,” an anthology of writing from The New Yorker.