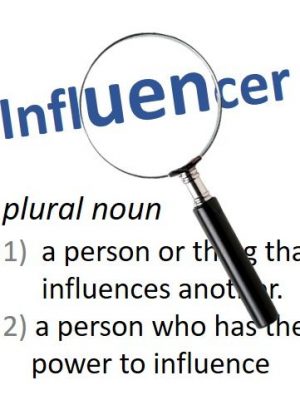 Jim and Kay Blue left Toledo, OH, and arrived in Punta Gorda in 2016. Kay was initially interested in meeting like-minded women, as she has a host of female friends and colleagues all over the U.S. She relishes her friendships and was anxious to make more. Neither Kay nor Jim had been politically active, but like so many people who were distraught over the 2016 election outcome, they felt compelled to do something.

Kay decided to attend a meeting of the Democratic Women’s Club (DWC) at a local restaurant. Pulling into the parking lot she noticed a car with a Hillary sticker, so she figured she was in the right place. When a lady stepped out of that vehicle, Kay said: “Hi, I’m looking for the Democratic women’s group.” The lady walked right up to Kay and gave her a hug–and Mary Ellen Taylor took Kay under her wing. According to Kay, “Mary Ellen was also a former Wisconsin teacher and she became like my godmother!”. Kay said, “When I get involved, I usually jump in with both feet. It wasn’t long before I became the DWC Treasurer.” She credits the late Betty Gissendanner for showing her the ropes. Kay is currently President of the Charlotte County DWC.

Kay spent her career in education. Born the youngest of three in rural Central Wisconsin, her father died in an accident, leaving Kay’s mother a single, working mom. She said, “My mother had a teacher’s certificate and began working at age 19. By the time I was 10, she had earned a B.S. degree and by the time I was 17, she earned a Masters.” Always Kay’s inspiration, her mother was dedicated to getting her children educated.

At the University of Wisconsin, Kay minored in Spanish. During her sophomore year, she took Interdisciplinary Culture courses in beautiful Puebla, Mexico. She loved the experience and, after returning to Wisconsin, she began teaching high school Spanish and English, earning her Masters and Doctorate during summer and evening classes.

In 2016, Kay published a book, The Decoration Day Committee. According to Kay, “My dad was a WWII vet. He and my mother often discussed events related to the war around the dinner table, particularly how so many women’s lives were upended and how it affected them. I was inspired by their stories.”

It was while Kay was working on her dissertation that she met Jim. He was a product of the radical changes going on in America in the late 70’s. Jim’s father was a Sales Engineer for Phillips Petroleum and moved the family from Oklahoma to Georgia to South Carolina and to Chicago, IL. Jim was keenly aware of the civil rights unrest. And while he lived an idyllic life in the Chicago suburbs, he remembers the turmoil of the 1968 Democratic Convention.

Jim intended to become an engineer like his father. Jim, however, chose a different path based on his high school interest in ham radio. He obtained his FCC radio and television license while in college and spent summers working for radio stations, getting exposure to real people, and real news. He changed his major to Journalism at the University of Illinois, earning a BS in Radio-Television.

It wasn’t long before he realized that television news was growing in importance, from public service announcements to a real moneymaker. In 1974, the year he graduated, getting any job was difficult and positions in radio/television were extremely competitive. He began a long and illustrious television news career in Boise, ID. Later, after several moves—geographically and professionally–he anchored the 6:00 PM and 10:00 PM news in South Bend, IN, and then in Green Bay, WI, where he met Kay in the late ’70s. They married in 1981 and he continued moving up and away. He finished his career in Toledo, OH as an Emmy-nominated news anchor.

After settling into Punta Gorda, Jim explained: “I was doing some research on potential areas of interest and came across the CC Dem website. After the election, Kay and I went to a few meetings. We met many wonderful people—some were inspirational—but we felt the CC Dems as an organization was not well organized and saw an opportunity to get involved.”

According to Jim: “Attending one of our first CC Dem meetings, Kay was chatting with Betty Gissendanner who was interested in improving the CC Dem’s online presence, so Kay volunteered me—and Betty would NOT take no for an answer.” Kay knew that CC Dems would benefit from Jim’s media experience.

Jim found being out of the limelight liberating: “Because of my career, I had to be scrupulously independent.” No longer a public person, he felt obligated to get involved. “It was the debates before 2016 that convinced me I could no longer identify with the Republican party,” he said.

Jim continued, “I’ve met so many great people who are so dedicated. It is a pleasure to be able to help. I am currently working on a video of Joe Comeaux, a retired USAF Lt. Col who leads the Veterans caucus. Joe is appalled by the latest statements attributed to Trump about our military.

“Going forward”, Jim says, “we need to field more local candidates—community and county races. We have a lot of work to do”. And Kay added, “We cannot give up. Personally, we are thinking of our two little granddaughters. I want to ensure that they have a chance to grow up in a country that allows them to be safe, happy, and successful.” Help us make that happen by VOTING BLUE on November 3!