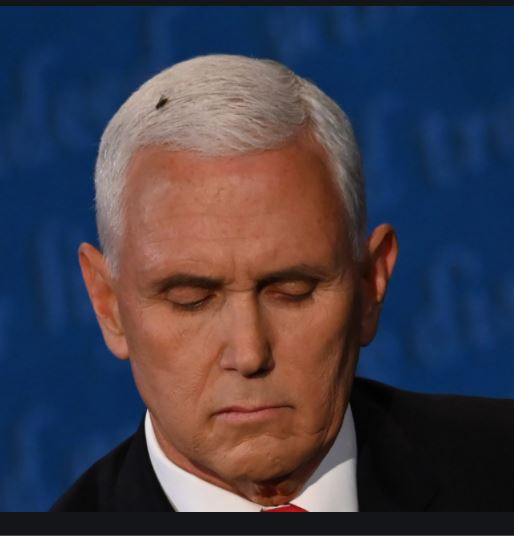 Robert Alexander is a professor of political science and founding director of the Institute for Civics and Public Policy at Ohio Northern University. He is also the author of “Representation and the Electoral College.” Follow him on Twitter: @onuprof. The opinions expressed in this commentary are his own.

While most Americans expect to find out who the next President of the United States will be on election night, the official selection process involving the Electoral College is always a bit more complicated.

This year, recounts, lawsuits and heated certification battles have added layers of complexity to the post-election period as concern mounts over the Electoral College process, and the possibility of a dramatic meeting of the joint session of Congress to certify the results. Despite the theatrics, however, there should be little doubt about the outcome: Joe Biden will become the next President of the United States.

Here are some key dates to note between now and the 2021 presidential inauguration.

December 8 marks the so-called “safe harbor” deadline established under the Electoral Count Act of 1887, which safeguards certified results from any further disputes. Thus far, all but a handful of states have already certified their results. None of the remaining states are closely contested, meaning it’s highly unlikely that the outcome of the election will change in President Donald Trump’s favor. And while California is not expected to certify its results until December 11, that’s still three days before the Electoral College convenes.

The Constitution stipulates that the electors are responsible for selecting the President and vice president of the United States. When the American people cast their votes on Election Day, they are choosing a slate of electors who are expected to vote for the tickets of their respective parties. This year, electors will meet in their state capitals and the District of Columbia on December 14 and cast one ballot for President and one ballot for vice president. There are 538 electoral votes in total and a majority of 270 is required to win the presidency. It is expected that Biden will win with 306 electoral votes.

In all states but Maine and Nebraska, electors are awarded on a winner-take-all basis. This means that while Biden only beat Trump by a hair’s breadth (49.5% to 49.3%) in Georgia, Biden will receive all 16 electoral votes in the state. The winner-takes-all system fails to accurately capture how close the popular vote can be in some states, and this has sparked repeated calls in recent years to do away with the Electoral College.

It’s important to remember that electors are human beings who are chosen at state party conventions or by state party committees, often as a reward for their work on behalf of the party (the Constitution states that “no Senator or Representative, or Person holding an Office of Trust or Profit under the United States” should be appointed). Electors are expected to be loyal to the party’s ticket, and while there is no federal law requiring them to follow the will of the people in their state, 33 states and the District of Columbia have laws requiring pledges from their electors and 14 states provide a means to replace an elector who attempts to vote contrary to expectations. The Supreme Court upheld these laws earlier this year in an attempt to reduce some uncertainty prior to this year’s meeting of the Electoral College. And while so-called “faithless electors” are still possible, having studied electors for two decades, I expect we will see few, if any, appear when the Electoral College convenes.

Typically, the governor or the secretary of state presides over the proceedings and some electors may be chosen to say a few words about the occasion. States prepare as many as nine “Certificates of Ascertainment” listing the names of the electors and the number of votes cast for each candidate. The certificates are signed by the electors as well as the state’s governor and are then sent by registered mail to various officials, including the president of the Senate, Vice President Mike Pence.

By December 23, Pence must receive the ballots from the Electoral College vote in each of the states.

On January 6 the House and Senate will meet in a joint session to tabulate the electoral votes. Pence will serve as the presiding officer and announce the results of each state in alphabetical order pursuant to procedures set forth under federal law. After each state’s results are announced, members will have the opportunity to offer objections to those results. Objections must be made in writing and require the support of at least one member of the House of Representatives and one member from the Senate.

Several members of the House have signaled they may raise objections, but it is unclear whether any senators have committed themselves to supporting such a move. Even if a Republican senator agrees to join in on an objection, it would likely be defeated given the process for settling them. Each chamber would meet separately to entertain the objection. For an objection to be approved, it must gain a majority of votes in both chambers. Democrats’ control of the House of Representatives ensures any objection would be defeated in that body. Given the thin Republican majority in the Senate, the acknowledgment of a Biden victory by Republican senators including Mitt Romney, Susan Collins, Lisa Murkowsi, Ben Sasse, and Bill Cassidy suggests any objections would be defeated in the Senate as well.

While some drama may ensue during this joint session, I expect the body will certify the required 270 electoral votes for President-elect Joe Biden to be declared the winner.

Inauguration Day falls on January 20, which brings an end to the 2020 election process and marks the beginning of a new presidency. It is on this day that Joseph R. Biden will take the oath of office and be sworn in as the 46th President of the United States of America. Given the spectacle that Trump has made of the post-election process, I suspect Biden’s supporters will be waiting with bated breath until he takes the oath of office.