Editor’s Note: Charlotte County Democratic Environmental Caucus member Karen McCague attended the Wednesday, April 3rd meeting of the Desoto County Board of Commissioners as it considered the appeal by Mosaic Mining of the Commissioners’ denial of a rezoning for farmland to enable phosphate mining. Here are Karen’s notes from the meeting:

DeSoto County legal counsel and Mosaic representatives entered into Phase I of a dispute mediation process regarding the county’s denial of Mosaics request to rezone 14,000 acres of property it owns from agricultural to mining. This phase of the mediation process included opening statements from Mosaic representatives and DeSoto County legal counsel Donald Conn, commentary from property owners with property adjacent to the proposed mine, commentary from those who had previously spoken at the BOCC meeting in July 2018 when the rezoning request was denied, and closed-door caucus between Special Magistrate, Terrance Schmidt, and the disputing parties to attempt to reach agreement on dispute resolution.

In his opening remarks, Mr. Conn put forth a proposal for consideration by Mosaic and the BOCC. His recommendation was to extend the decision timeline to January 2023 at which time Mosaic would reapply for rezoning along with submission of its Phosphate Mining Master Plan and Operating Permit application. Over the coming 4 years, Mosaic would agree not to pursue litigation and would conduct a series of workshops with the public for information exchange. This approach would allow for a more comprehensive and thorough review and analysis of Mosaic’s plans and their impact.

Members of the public, who were allowed to speak at the hearing portion of the meeting, were instructed by the Special Magistrate to limit their commentary to either declare support for or reject, Mr. Conn’s proposal. Just over 50 people came to the podium to speak. Many had prepared testimony on the impact that Mosaic mining would have on their property values, health, water quality and way of life.

These comments were shut down and speakers were repeatedly instructed to voice either support for or rejection of Mr. Conn’s proposal. The collective response from the speaking public was a resounding “No” to the proposal. The public portion of the hearing was adjourned and the parties went into chambers with the Special Magistrate. It should be noted that the members of the DeSoto County BOCC were not present at the hearing.

The presentation to the DeSoto County BOCC will be held at a public meeting on April 23rd at 6:00 PM. If no resolution was reached, or if the BOCC rejects the resolution, the parties will enter Phase II of the mediation process scheduled for this coming June. If the mediation process is unsuccessful, Mosaic indicated it would go to litigation. They have one year from the June 2019 date to bring their lawsuit against the county. They will likely site the Burt Harris Act as a basis for the suit as well as the 2010 change to the DeSoto County Comprehensive Land Use Plan that provided a phosphate mining overlay to the county zoning map.

According to Mosaic, the overlay conveys intent to allow mining. According to DeSoto County legal counsel, the overlay does not authorize rezoning. Authorization to rezone requires that 15 criteria be met by the requestor. In the July 2018 hearings, the DeSoto County BOCC determined that 7 of the 15 criteria were not met. Mosaic disputes this. And so, we get a preview of the litigation landscape likely to come.

One of the largest fertilizer manufacturing plants in the world sits about six miles southwest of the Polk County hamlet of Mulberry, with its entrance in walking distance of the Hillsborough County line. About 800 employees work there, turning phosphate rock into nearly 4 million tons of fertilizer and animal food ingredients every year.

(Read the story in SarasotaMagazine.com) 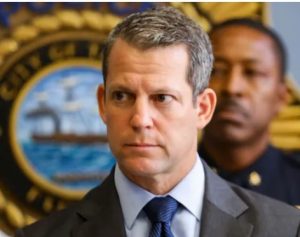 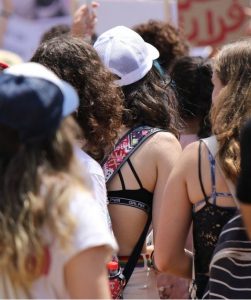