My asparagus crop went unharvested, another casualty of our broken immigration system 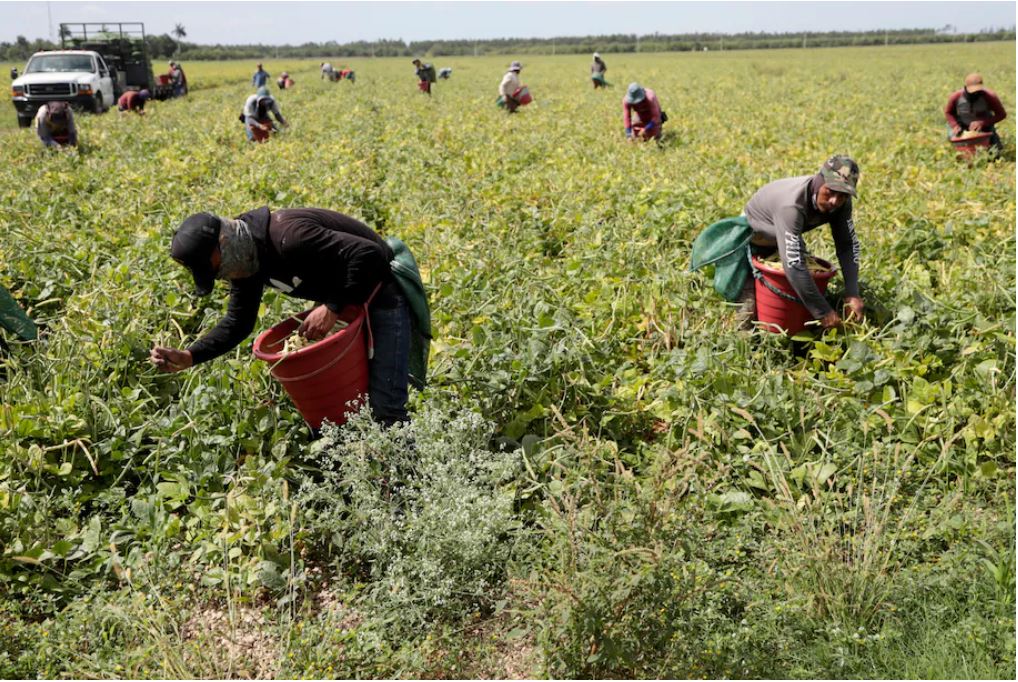 Shay Myers is a member of the American Business Immigration Coalition and the CEO of Owyhee Produce, a three-generation family farm in Oregon and Idaho.

In the spring, my farm on the Oregon-Idaho border had to give up on selling nearly 150,000 pounds of asparagus because dozens of our guest workers weren’t allowed into the United States in time to harvest the crop. The delay cost my three-generation family farm, Owyhee Produce, an entire year’s profit on that crop — around $180,000.

After I decided to give away the asparagus we couldn’t harvest, more than 5,000 people came out to pick free vegetables. Along with the asparagus, I passed along a message about the challenges farmers face because of our broken immigration system.

I’m a staunch conservative, but being conservative doesn’t mean being anti-immigrant. Politicians have been talking about fixing our immigration system for more than 30 years, but they haven’t really done anything about it. While lawmakers dither, the nation’s farmers, ranchers and dairy producers have faced massive labor shortages for years, and our industry is hurting.

My farm routinely has trouble finding workers, even though we pay $16 an hour and provide benefits. There just aren’t enough people in the United States, immigrant or not, willing to do the work, so I regularly contract with foreign workers using H-2A (agricultural) visas. Over the years, the process has gotten steadily harder, culminating in this year’s lengthy delay at the border.

The solution is straightforward: Congress must create a pathway to citizenship for undocumented farmworkers, the people who do the backbreaking work to put fruits, vegetables and other essentials on Americans’ tables, as well as for other temporary protected status (TPS) recipients, “dreamers,” essential workers and thousands of other immigrants sustaining our economy.

The American people overwhelmingly support pathways to citizenship for those immigrants who are already here and contributing to our economy. A recent poll by the American Business Immigration Coalition of battleground-state voters shows strong support, across the political spectrum, for immigration reforms in the budget reconciliation bill, even if led by only one party.

Americans understand the contributions that immigrants are making. Without undocumented farmworkers, the $1 trillion farm and agriculture industry would collapse. About half of the United States’ farmworkers are undocumented immigrants. Most have been here for years, have U.S.-citizen children and just want the opportunity to support their families.

Immigration makes America better. Opening new citizenship routes would increase U.S. economic activity by $121 billion a year, according to one study, including an additional $31 billion annually in federal, state and local tax revenue.

Dreamers have started thousands of small businesses. Denying them access to citizenship could cost the U.S. economy $280 billion in growth, according to the New American Economy Research Fund. TPS holders, who have temporary legal status because of armed conflicts or natural disasters in their countries of origin, are the backbone of the health-care, construction, restaurant and food-services industries. Many undocumented immigrants are also the essential workers who kept U.S. businesses running during the pandemic. They drive delivery trucks, stock grocery store shelves and protect our food supply. We owe them legalization and citizenship.

Those of us in the business community would have preferred a bipartisan immigration bill, but hard-liners wouldn’t allow it. Republicans should stop being held hostage to a small minority of their party. Democrats need to push forward with immigration legislation, even without Republican votes.

The Senate parliamentarian’s rulings that immigration did not belong in the $3.5 trillion budget reconciliation bill were shortsighted and wrong. More than 50 economists recently told Congress that pathways to citizenship for undocumented workers would grow our gross domestic product by $1.5 trillion, raise annual wages for all workers by $600 and create more than 400,000 new jobs over the next decade.

Moreover, there is ample precedent for including immigration reform in the reconciliation process. Immigration-related provisions have been included in at least five reconciliation bills, even when Republicans controlled both chambers. Our representatives must not use the opinion of the parliamentarian — who is not accountable to voters — as an excuse for doing nothing. Democrats need to find a way to pass immigration reforms immediately.

The immigrants who work for me are good, hard-working people. They deserve dignity. They deserve a future to look forward to and stability in their lives. They deserve pathways to citizenship. After 35 years, farmers like me are tired of waiting. We want Congress to get immigration reform done.