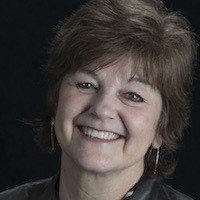 Author and historian Nancy MacLean visited Charlotte County Dems virtually on May 20th to discuss her latest book, Democracy in Chains. The book explores the history of the radical libertarian movement and the threat it poses to our democratic society.

Ms. MacLean’s work sheds light on the role played by Koch Industries and the scion of this family business, Charles Koch, widely recognized as America’s largest polluter of the environment, and the role their wealth plays in influencing politics, government, higher education, and media.

The Koch brothers, along with a cadre of other wealthy business leaders like Robert Mercer, heirs to businesses such as S.C. Johnson (owning SC Johnson worth $37 Billion) and the Smith family  (owning Sinclair Media worth $1.2 Billion) and others, seek to limit the function of government to defending the borders and policing the nation.

In other words, end all government programs and policies that seek to improve the lives of all Americans, like Social Security and Medicare, and even extend that to abolishing National Parks and privatizing roads and bridges.

Their aim is to return America to the unfettered capitalism of the era of the Robber Barons that existed during the earliest period of the Industrial Revolution, when workers had no rights to safe working conditions or equitable pay and could be ruthlessly exploited by employers who could freely collude to set wages and prices, rather than compete in a free market.

In an interview format led by Charlotte Dems Chair Teresa Jenkins, Professor MacLean provided the audience with a look into how this group influences the Republican Party, how their dark money pours into GOP coffers, enabled by the Supreme Court’s controversial reversal of settled law in the 2010 Citizens United decision, and most alarmingly their ongoing work to control state governments with the goal of calling for a Constitutional Convention to abolish the founding document of our nation.

Nancy K. MacLean is an American historian. She is the William H. Chafe Professor of History and Public Policy at Duke University. MacLean’s research focuses on race, gender, labor history and social movements in 20th century U.S. history, with particular attention to the U.S. South.

“This sixty-year campaign to make libertarianism mainstream and eventually take the government itself is at the heart of Democracy in Chains. . . . If you’re worried about what all this means for America’s future, you should be.”—NPR