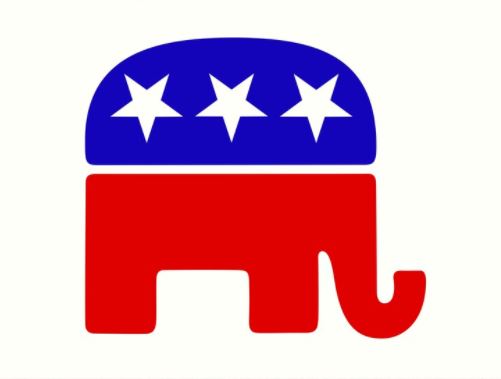 Last month, when the GOP purge of critics of Donald Trump was at its frenzied peak, the party hit on a clever way to put a positive gloss on it. This was necessary, Republicans insisted, to maintain the GOP’s new status as a “working-class party,” by keeping millions and millions of salt-of-the-earth supporters of the former president in the fold.

So, how’s that working-class makeover going for the GOP? New developments suggest — once again — that it’s all a scam.

First, Republican state governments all over the country are cutting off federal supplemental unemployment benefits from the Covid-19 relief package passed earlier this year. A striking new Reuters analysis finds that half of states are ending them between June 12 and July 13 — and all of those states have Republican governors.

As Reuters reports, this is driven heavily by the GOP argument that these benefits are discouraging people from returning to work. One can reasonably debate whether that is true — Democrats say the culprit is more likely lingering fears of infection, lack of child-care options as the pandemic winds down and other factors — and it’s not unreasonable to worry about labor shortages.

But either way, the GOP position, stripped bare, is that if low-wage work is so unremunerative that a few extra dollars in unemployment benefits cause people to refrain from returning to bad jobs, the benefits, and not those low wages and crappy jobs, are the problem.

Underscoring the point, even Republicans who are supposedly crafting a new “conservative populism,” such as Sens. Josh Hawley (Mo.) and Marco Rubio (Fla.), have echoed versions of this argument. Whatever the other contributions of the conservative populists, that seems more friendly to the interests of employers than to struggling wage laborers.

Second, Republican opposition to doing anything at all to get corporations and the wealthy to pay more in taxes is only hardening.

President Biden has shaved hundreds of billions of dollars off his latest offer of an infrastructure spending proposal to Republicans. He’s also offered a way to pay for his plan without hiking corporate tax rates, avoiding what to Republicans is a horrid prospect.

Instead, Biden proposed to pay for his latest proposal with a new minimum tax rate of 15 percent on corporations that pay almost nothing in taxes and through stepped-up tax collection on wealthy people and companies that employ loopholes to engage in tax avoidance.

To be clear, this proposal would not preclude raising corporate tax rates later, a source familiar with the president’s new proposal tells me. One could envision a second package of spending passing via reconciliation that would be paid for by higher corporate taxes.

But the point is, under the latest Biden offer to Republicans, corporations and the wealthy would pay more mainly by paying taxes they already owe — but have used accounting smoke and mirrors to avoid paying — under the tax structure created by Republicans themselves, in the 2017 tax law.

Yet Senate Minority Leader Mitch McConnell (R-Ky.) is already dismissing this idea, describing it as a tax hike and insisting any infrastructure plan must be “fully paid for,” which means funded by repurposed spending from elsewhere. McConnell says those ideas won’t have the support of Republicans.

The same party whose members regularly attack corporate elites as “woke” for supporting the voting rights of African Americans — and suggest this makes them a “working-class party” — don’t want to rein in the sort of tax avoidance accounting trickery that is particularly accessible to well-resourced elites and not to ordinary Americans.

The ultimate irony here is that a handful of Republicans have proposed serious pro-working-class policies, only to be rebuffed by most of their party.

Sen. Mitt Romney (R-Utah), for instance, put forward a serious proposal for a child tax credit, a plan similar to the one in the Covid-19 rescue bill that Democrats passed earlier this year. Virtually no Republicans supported Romney’s plan, and even “conservative populists” panned it.

Yet as Samuel Hammond and Robert Orr point out, this policy is a conservative solution, not just to child poverty, but also to a problem that conservative populists tend to be preoccupied with, namely, family instability.

Yet, Democrats are the ones trying to expand the child tax credit. Meanwhile, the party that is undyingly devoted to protecting low corporate tax rates is the GOP — you know, the “working-class party.”