Oil giants, with billions in profits, face criticism and an uncertain outlook 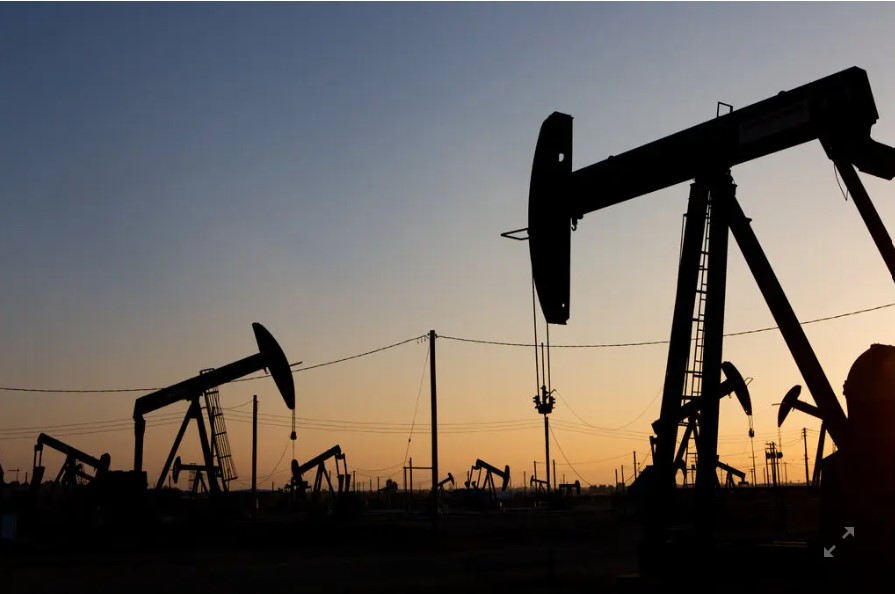 The good times are back for the oil companies, but with the global economy on edge, there is more caution than celebration among executives.

On Friday, Exxon Mobil and Chevron, the largest U.S. oil companies, reported a fourth consecutive quarter of robust profits. In part, the bonanza reflected a surge in oil and natural gas prices after the Russian invasion of Ukraine scrambled global energy markets.

As the bottom lines have grown fatter, however, the companies are on the defensive.

President Biden has pushed them to reinvest their profits in production and refining to help reduce gasoline prices at a time of rapid inflation. “You should not be using your profits to buy back stock or for dividends,” he said recently at the White House.

That is exactly what oil executives have been doing, rewarding investors after a decade of poor returns. The companies and their Wall Street investors have been giving priority to dividend increases and stock buybacks rather than following their past practice of pushing production when prices are high only to force prices down and reduce profits.

All told, according to the International Energy Agency, the net income for the world’s oil and natural gas producers is set to double in 2022 from 2021, to a new high of $4 trillion. “Today’s high fossil fuel prices have generated an unprecedented windfall for producers,” the Paris-based agency said in its World Energy Outlook, released this week.

Exxon’s profit of nearly $20 billion for the July-September period was a record for any quarter, and 10 percent higher than the previous record, set the quarter before. The company raised its dividend on Friday, citing a commitment to “return excess cash” to shareholders.

Chevron’s profit of $11.2 billion was only slightly weaker than the previous quarter’s record total. Two big European producers, Shell and TotalEnergies, reported Thursday that their profits more than doubled in the third quarter from the same period the year before.

The scrutiny of the companies’ profitability comes on top of criticism of their role in contributing to the world’s greenhouse gas emissions. Defenders of the industry note that the record profits are not likely to be sustained in an economic slowdown that could become a recession. Such downturns have often sent oil and natural gas prices into rapid tailspins that raised companies’ debt and lowered share prices.

But Mr. Biden, who has repeatedly accused oil companies of keeping gasoline prices artificially high for U.S. drivers while reaping windfall profits from high global crude prices, renewed his criticism as the latest results began to roll in.

At a speech promoting his administration’s economic agenda in Syracuse, N.Y., on Thursday, he said the average price of gasoline would be 40 cents lower per gallon across the country if oil companies were enjoying their typical profit margins over the last 20 years.

“Last quarter, the five largest oil companies made — in the last quarter — $70 billion in profit in 90 days,” Mr. Biden said. “And Shell announced just this morning that it made $9.5 billion in profits in the third quarter: $9.5 billion. That’s more than twice what they made in the third quarter of last year. And they raised their dividends as well, so the profits are going back to their shareholders instead of going to the pump and lowering the prices.”

Both Exxon and Chevron are keeping to budget targets set before oil prices spiked when Russia invaded Ukraine in February, a move they say is prudent corporate stewardship.

“We plan for thin margins and tough conditions and hope for the best,” Darren Woods, Exxon’s chief executive, said, referring to the company’s critical refining business, during a conference call on Friday with analysts. Nevertheless, he said the company would work to make sure “people around the world and here in the U.S. get affordable and reliable energy,” adding, “We recognize the pain high prices cause.”

For now, domestic demand remains strong. But with high interest rates causing an economic slowdown and raising fears of a recession, oil executives are cautious because they have seen how quickly the tide can turn.

“I tell my guys nothing goes up or down forever,” said Trent Latshaw, president of Latshaw Drilling, a major rig operator in Texas and Oklahoma. “We’re seeing some good times now but how long they will last I don’t know. I have a caution based upon the many near-death experiences I’ve had over the last 20 years.”

During the 2008-9 financial crisis, oil prices dropped from $145 to $35 in five months. In 2014 and 2015, as economic growth slowed, a barrel of oil dropped by more than half in four months, to $45, before climbing again. When the pandemic hit in early 2020, oil prices collapsed, briefly crashing from $18 a barrel to below zero as producers had to pay buyers to take away oil they had no room to store.

Oil prices last winter jumped by more than 50 percent, to over $120 a barrel, on the perception that Russian production — which has accounted for roughly one in 10 barrels consumed worldwide — would diminish under the pressure of sanctions imposed over the Ukraine invasion. But prices have eased in recent months, and are now roughly at levels before the invasion.

On the demand side, Chinese consumption has slumped as the country continues to lock down cities to control the Covid pandemic. Demand has also dropped in Europe and other parts of the world, as their economies slow.

Saudi Arabia and its allies in OPEC Plus moved this month to support prices by slashing their production quotas by a total of two million barrels a day. The decision sent oil prices higher for only a few days before they declined.

At the same time, mild weather and ramped-up storage of natural gas in the United States and Europe have sent gas prices plunging. European prices are 70 percent below the record high in August in Europe, while American natural gas prices are down by nearly half in recent months.

Moderating energy prices may not last, and a reversal may be coming. Starting Dec. 5, Europe will tighten sanctions on Russian oil with a near complete import ban on all Russian seaborne crude. That potentially will take three million to four million Russian barrels off the market every day, representing roughly more than 3 percent of global supplies.

“Right now you have four million barrels a day of uncertainty as supply next year from Russia, Iran and Venezuela all depend on geopolitical developments,” said Michael Lynch, president of the consulting firm Strategic Energy and Economic Research. “You fall one side on the knife edge and there is a glut, and on the other side markets tighten and prices soar. So how do you invest?”

“We’re staying very firmly grounded in our philosophy making sure that the investments that we make generate high returns at low prices,” Mr. Woods said. He noted the slowing economic activity in Europe, continued Covid lockdowns in China and uncertainty in the United States as challenges.

Mike Wirth, Chevron’s chief executive, told analysts during a conference call that demand for diesel and aviation fuel remain strong and there was no sign yet of a deep economic downturn. But he added notes of caution. “We’re going to stay very disciplined on capital and we won’t invest in everything that we could,” he said. “We continue to see a challenging and dynamic macroeconomic and geopolitical environment.”

That would be a record, though how much more growth is coming is in doubt since oil companies remain cautious. The number of rigs deployed around the country has been increasing over the last year, but growth has slowed since the summer.

While oil companies have been reluctant to pump much more oil, the Biden administration began releasing 180 million barrels of oil from the Strategic Petroleum Reserve beginning in the spring, and Congress has authorized an additional 26 million barrels for sale in 2023.

Clifford Krauss is a national business correspondent based in Houston, covering energy. He has spent much of his career covering foreign affairs and was a winner of the Overseas Press Club Award for international environmental reporting in 2021. @ckrausss