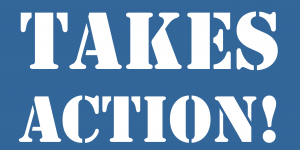 It appears Republicans want to destroy our Public School system at all costs. It’s about the money, nothing else. We need to educate our Democratic Senators and make sure that our Republican Senators understand that we know what they are doing and we don’t approve of it at all. Please call and email quickly! One bill will be heard on Monday and the other sometime this week.

While we have all been working hard this year to prevent the passage of anti-democracy bills that will paralyze our free speech and suppress our voting rights, Republicans in the Florida Legislature have been furtively moving through two dangerous bills behind the scenes hoping that we will not notice.

SB 1028 Charter Schools will allow state universities & Florida College System institutions to sponsor publicly funded charter schools, which is a responsibility that currently falls under the purview of local, duly elected school boards. SB 220 Public Records and Public Meetings will hide the initial hiring process of applicants for president of state university and Florida College System institutions from public review, which is allowed under current law.

How are the two bills connected you might ask? Well………if the initial hiring process for state university presidents is done in secret, it is easier to promote advocates of charter schools for advancement in the process. And if the newly hired president is a charter school advocate, s/he will likely sponsor more charter schools. Get the drift? You see, Republicans in Tallahassee will stop at nothing to find any way to kill the public K-12 education system in Florida.

So, we need your help to OPPOSE these bills.

SB 1028 Charter Schools will be heard Monday April 19 in the Senate Appropriations Committee. This will be the final committee stop for this bill before going to the Senate floor for a vote. So please contact the following Senators before Monday and urge them to VOTE NO.

SB 220 Public Records and Public Meetings was supposed to have been heard last week in the Rules Committee, but it was not considered. It may be heard next week, so we need you to contact the following Rules committee members as soon as possible and urge them to VOTE NO.