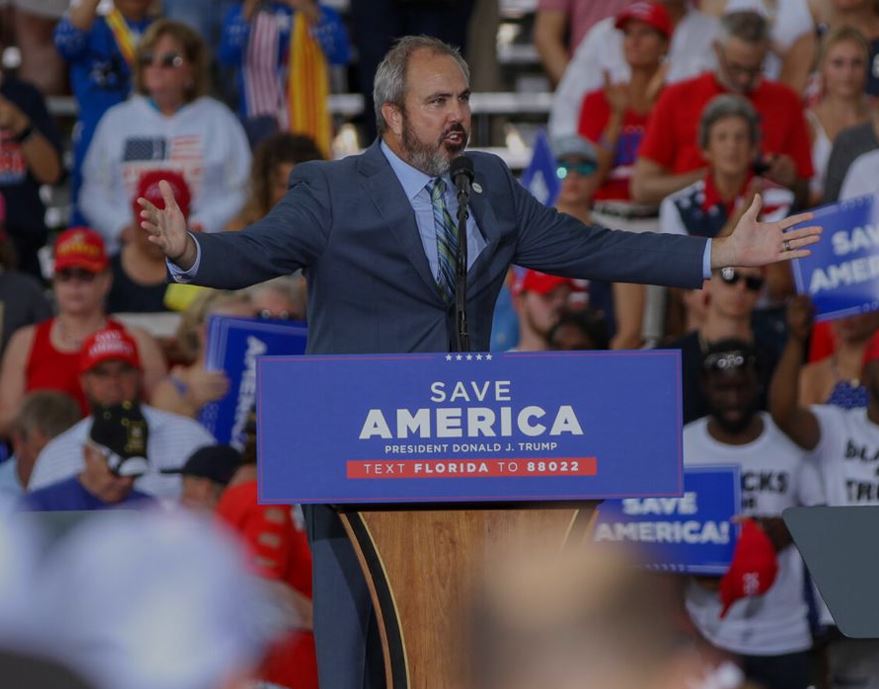 TALLAHASSEE — Amid a tumultuous time for school boards, a Florida Senate panel Tuesday backed a proposed constitutional amendment that could lead to partisan races for school-board seats.

The Senate Ethics and Elections Committee approved a measure (SJR 244), sponsored by Sen. Joe Gruters, R-Sarasota, designed to shift away from the practice of holding non-partisan school board elections.

If the proposed constitutional amendment is approved by the full Legislature during the upcoming legislative session, it would go before voters in November 2022. It seeks to reverse a 1998 constitutional change that moved school boards from partisan to non-partisan elections.

Gruters, who doubles as chairman of the Republican Party of Florida, said the proposal would add “transparency” because school-board races are already partisan — though candidates cannot run with Republican or Democratic party affiliations.

“It’s a shell game from the standpoint we’re not being transparent with the voters,” Gruters said. “At the end of the day, the reason why we join political parties is to affiliate with like-minded people.”

That acrimony has emerged in various parts of the state amid debates about issues such as requiring students to wear masks during the COVID-19 pandemic.

“I’m also really worried about this creating more hyper-partisan and division than we have right now,” Berman said. “I get really discouraged when I see all this hyper-partisanship, and why would we want to bring that and make it even worse on our local school board levels?”

Berman and Polsky said the focus of school boards should be on the best educational outcomes for children.

“This mom is mad, too,” Polsky said of herself. “I’m really mad at how our school boards have been treated. We have some great members in my two districts (Palm Beach and Broward counties), and it really upsets me to see the way they are treated. And that’s a result of partisanship alone.”

But Gruters said the proposed change would not be a “bonanza” for Republican or Democratic candidates.

“This is about transparency. It’s about ending the political games,” Gruters said.

He also said the legislation would only put the proposal on the 2022 ballot, where voters would decide whether to pass it.

“At the end of the day, all we’re doing with this resolution is giving the voters the opportunity to choose whether or not they want to have that partisan designation,” Gruters said.