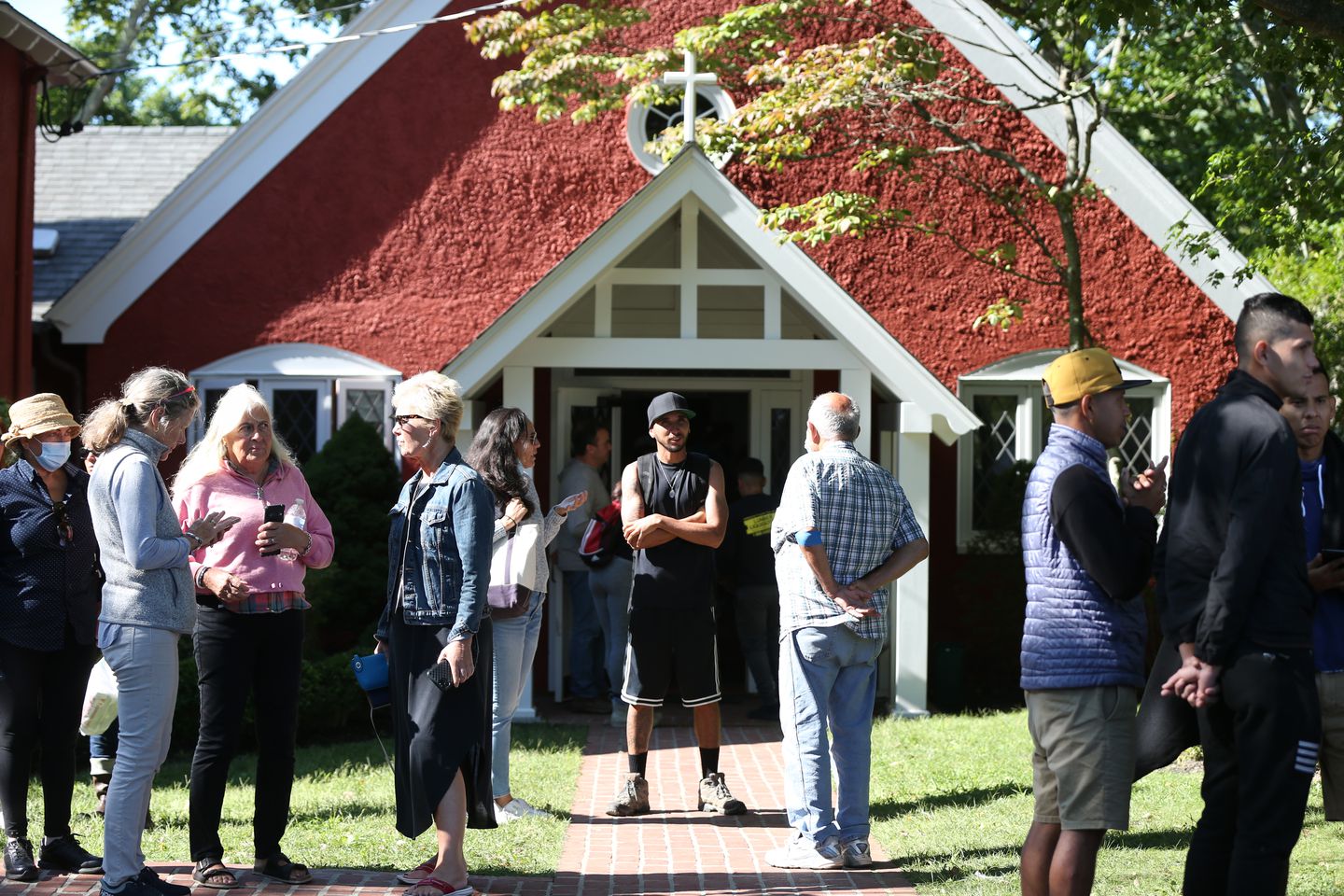 The woman who enticed desperate Venezuelan immigrants onto the planes that dropped them on Martha’s Vineyard without notice last week is straight out of a Dickens story. She reflects an ugliness we must contend with.
By Yvonne Abraham, Globe Columnist

I can’t stop thinking about Perla.

She is the woman who enticed those desperate migrants in San Antonio to board the planes that landed on Martha’s Vineyard on Wednesday. Some of the Venezuelans flown to Massachusetts told reporters the tall, blond, well-dressed woman with the white truck scouted for passengers outside a migrant shelter and in a fast-food restaurant, promising them immigration paperwork, jobs, and free housing if they’d agree to get on the planes. She even put them up in an airport hotel until there were enough of them to fill the flights.

As everyone now knows, Perla was lying. She was the frontwoman for a depraved stunt by Florida governor and presidential hopeful Ron DeSantis, who used taxpayer money to fly recently arrived migrants out of Texas — not even his own state — and into Martha’s Vineyard. He did it with no notice, in the hopes of visiting chaos upon the island and scoring himself publicity.

Perla, the kindly coyote, is straight out of a Dickens story. I hope she was paid well enough for her acting to allow her to sleep at night.

But the scheme in which she played her role was only half successful: For it wasn’t chaos and hardship that greeted the immigrants arriving in this state, but compassion. Vineyard residents, some of whom struggle themselves, quickly came together to feed and shelter the Venezuelans. Attorneys descended to help them navigate the immigration system. In addition to deceiving them about their destination, an incensed immigration attorney Rachel Self told reporters, authorities in Texas had set up the migrants’ paperwork to make avoiding deportation almost impossible without legal intervention. That was a nice touch.

Still, DeSantis got his fawning coverage on Fox News, where pundits and Republican politicians have been positively giddy at what they claim is comeuppance for hypocritical liberals. To do so, they’ve had to conveniently ignore the fact that what actually happened was that a community, and a state, that has long welcomed immigrants swung into action yet again.

But as we’ve seen many times, millions of Americans are perfectly willing to ignore demonstrable facts if it means owning the libs.

In addition to revealing some people’s shamelessness, this episode perfectly encapsulates the America we’ve made for ourselves.

Calling states red or blue is too euphemistic to adequately capture what divides us. This America is divided between those who recognize the humanity of the exhausted souls loaded onto planes, and those who see them as worthless pawns to be deployed in the battle for political points.

We are divided between people who believe in the worth and dignity and rights of everyone, and those who believe those should be granted only to straight, white, Christian men. The former recognize the suffering of people who made a desperate, dangerous journey to save themselves and their loved ones from a country that has collapsed into hunger and violence. The latter look at the millions fleeing Venezuela and other ailing countries as intruders who can’t possibly have the same hopes and feelings they do.

So they trick them into getting on planes and buses, and dump them without notice on a sidewalk outside the vice president’s residence, or in a New York bus station, or on Martha’s Vineyard. Or they wrench their children away from them at the border to teach them a lesson.

Their voters adore them for it, buying the lie that these immigrants are to blame for their woes.

DeSantis and others claim these stunts are meant to force a solution to the crisis at our border. But how do we to fix our broken immigration system when one side sees the people coming in as sub-human, who claim their own despicable behavior is divinely inspired?

“We have strapped on the full armor of God,’’ DeSantis recently said, previewing for top donors his plan to send migrants to the Vineyard, according to The Washington Post.

What God would approve of what he’s done?

Only one as fake as Perla’s promises.

Globe columnist Yvonne Abraham can be reached at yvonne.abraham@globe.com.