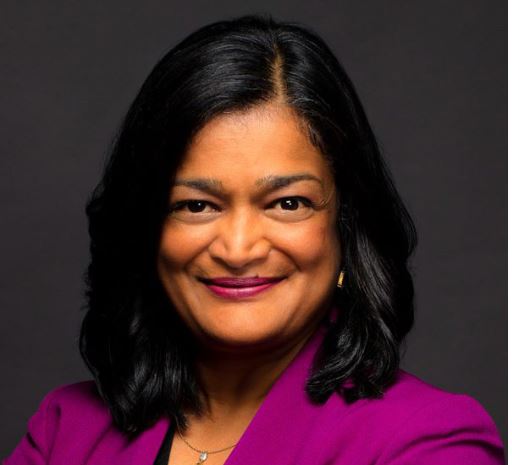 I recently confided to Pramila Jayapal, the leader of the House Progressive Caucus, that I was literally losing sleep over the fate of the giant social spending bill she’s negotiating. It’s been impressive to see the left exert control over Congress, refusing to move on legislation cherished by moderates until there’s a deal on a bill containing progressive priorities. At the same time, it’s been terrifying to imagine what it will mean for the Biden presidency — and the future of the country — if an agreement isn’t reached soon.

Was she sure, I wanted to know, that progressive resolve wouldn’t blow up in all our faces?

She insisted she wasn’t worried. “We’re going to get both bills done,” she said.

The details of the procedural battle that Jayapal is fighting are stultifying to describe, but the stakes are existential for the social safety net and the environment, not to mention American democracy. A dysfunctional and evenly divided Senate means that Democrats probably have only one shot to enact progressive policies on climate, health care, child care and taxes by using the so-called reconciliation process, a mechanism for passing budget bills that can’t be filibustered. But even then, Democrats need all 50 of their senators to pass their package, giving veto power to the recalcitrant right-leaning Democrats Joe Manchin and Kyrsten Sinema.

So House progressives, perhaps more powerful than they’ve ever been, are trying to exercise veto power of their own, holding up a bipartisan infrastructure bill that the Senate passed in August, and which Manchin and Sinema value. The progressive threat is this: Either everyone gets some of what they want, or no one does. They held firm even after House Speaker Nancy Pelosi, under pressure from moderates in her caucus, scheduled the bipartisan bill to come to the floor, and Pelosi was forced to cancel the vote.

This was a tactical victory for the left, but one seen in the Beltway, perhaps unsurprisingly, as a big setback for Joe Biden. The New York Times described it as a “humiliating blow to Mr. Biden and Democrats.”

Jayapal and other progressives argue, I think credibly, that this conventional wisdom is misguided. The reconciliation bill, otherwise known as the Build Back Better Act, includes some of President Biden’s key campaign promises, which he, obviously, has an interest in enacting. “Build Back Better, the president’s agenda, the Democratic agenda, would have died had we not done what we did,” said Jayapal.

If progressives are able to save the bulk of Build Back Better, Biden’s presidency will be transformative. American life will become less unequal and precarious. Parenting will no longer be a ticket to immiseration for many. Drug prices will go down, and people on Medicare will enjoy added benefits like vision and dental care.

As currently constituted, Build Back Better would also be the biggest step Congress has ever taken to fight climate change. According to the Rhodium Group, an energy research and consultancy firm, the infrastructure and reconciliation bills together would lead to emission cuts “roughly equivalent to zeroing out annual emissions from all light-duty vehicles on the road or the annual emissions from Texas and Florida combined.”

To Jayapal, passing the reconciliation bill is a political imperative as well as a moral one, because she’s convinced that voters will reward Democrats for making their lives materially easier. She shares some of Senator Bernie Sanders’s analysis of Trumpism, seeing it at least in part as a result of Democrats abandoning economic populism. Speaking of the Build Back Better agenda, she said, “I would argue that had Democrats done some of these things 10 years ago, we would have a lot of the working-class voters that are white in Republican districts.”

She also believes that Democrats risk disillusioning newer voters if they don’t deliver. “I’ll take my kiddo as an example,” she said. “Twenty-four years old, very smart, educated, person of color, trans, runs in circles that are extremely left. And if I wasn’t in politics I don’t know that they would really have a lot of faith in Democrats.” Many of her child’s friends, she said, don’t vote because “they are so cynical about anybody actually fighting for them.”

But if progressives fail to come to an agreement with Manchin and Sinema and both infrastructure bills fail, the Biden presidency will likely fail as well. The stage will be set for an unleashed Donald Trump to retake power.

Sanders told me he believes “that the very strong likelihood is that we will end up with two very important pieces of legislation, which will create millions of good paying jobs, improve life for working families, and help rebuild our crumbling infrastructure.” But he allows that there’s a “minimal possibility” that Democrats end up with nothing.

The failure of both bills would be so catastrophic that it’s made Representative Steve Cohen, a Democrat from Tennessee and longtime member of the progressive caucus, anxious about what he described as his colleagues’ “brinkmanship.” If the bipartisan infrastructure bill had come to the floor, he was planning to break with his caucus and vote in favor.

“These bills are important,” he told me, “but they’re not as important as keeping the presidency.”

The fact that progressives are in a position to block major legislation if their demands aren’t met represents a major change in Washington. Sanders said he’s never seen the left exercise such leverage in Congress. “I helped start, along with four other members of Congress, the progressive caucus way back in 1991,” he said. “Never in a million years did I ever believe the progressive caucus would be as strong and effective as they are today under Pramila’s leadership.”