Proud to march with women 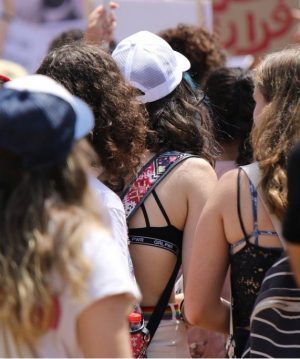 August 18th  was the 100th anniversary of the ratification of the 19th Amendment to the Constitution which stated: “the right of citizens of the United States to vote shall not be denied or abridged by the United States or by any State on account of sex.”

In The Woman’s Hour, Elaine Weiss’ meticulously researched book regarding women’s suffrage, Weiss describes the struggles of the movement including the strong women who formed the “Anti” groups opposed to women voting for fear it would bring about the moral collapse of the nation.  Other fierce opponents included liquor industry leaders who feared voting women would outlaw alcoholic spirits.

Most historians agree that the U.S. suffrage movement officially formed at an 1848 conference in Seneca Falls, New York.  The 300 attendees at the meeting listened to speeches and ultimately adopted – thanks, in part, to some persuasive speeches by abolitionist Frederick Douglass – the Declaration of Sentiments which declared, among other things, that “all men and women are created equal.”

In our present-day impatient world, where we order something and expect it to be delivered for free the next day, it’s hard to imagine that those courageous leaders at Seneca Falls didn’t see the fruits of their efforts for 72 years. Many who started the fight for justice weren’t there to celebrate at the finish line.

This weekend, women across the country are marching just as their sisters did one hundred years ago.  Our own rally will be held here in Charlotte County at 3596 Tamiami Trail in Port Charlotte from 10 am to 12 noon, Saturday, October 17th.

Women have come a long way, but we are reminded that the fight is far from complete. As we speak, the U.S. Senate – a body made up of three-fourths men, is working overtime to install a Supreme Court justice who might well overturn a woman’s right to decide about her own health.

Time to hit the streets.  Join me in marching with women this Saturday. Let us know you’re coming.  Register here.