Pulling the Strings of Justice 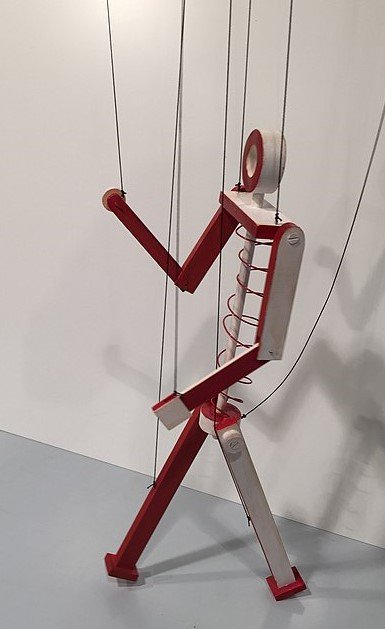 He has stacked the courts, sanitized the justice department of objectivity, sent inspectors general packing, attacked peaceful protesters practicing their constitutional rights, and promoted absolution of his convicted, hand-picked federal appointments caught in corruption and even admitting guilt.

Congratulations, Mr. President. You have successfully branded your legacy with your ego and your shallow soul.

But Trump can’t take all of the credit for himself. His fix-it man, Attorney General William Barr, shares the spotlight of fraud and deceit. He has performed splendidly as Trump’s political puppet in executing attacks on revered institutions and government agencies protecting our democracy. The relationship between Trump and Barr has morphed into a well-traveled pipeline of corruption reaching all aspects of American life and fueled the symbiosis between Trump and his base.

Could it be that he was offered the wrong job description upon assuming office? It appears that he received Michael Cohen’s, that of Trump’s former personal attorney now enjoying much personal time in jail. Or perhaps there was a little job sharing going on between the two gentlemen?

A real Attorney General, in charge of protecting the American people from harm, corruption, fraud, and attack from enemies both foreign and within, seems to be missing in action and failing to direct the department in fulfilling its mission:

“The mission of the Department of Justice (DOJ) is to enforce the law and defend the interests of the United States according to the law; to ensure public safety against threats foreign and domestic; to provide federal leadership in preventing and controlling crime; to seek just punishment for those guilty of unlawful behavior, and to ensure fair and impartial administration of justice for all Americans.”

Instead, under AG Barr, the Department of Justice supports two objectives: to suppress any investigation of President Trump and his associates and to aggressively pursue investigations of his political rivals. The attorney general has turned the Justice Department into a law firm with one client: Donald Trump. Barr doesn’t even hide his intentions any longer.

1. Contaminated the nation’s impression of the Mueller Report by releasing only a biased summary falsely absolving the President from all charges of obstruction of justice;

2. Accused, without evidence, the FBI and Justice Department officials of spying on the 2016 Trump campaign;

4. Failed to recuse himself from the Ukraine affair which highlighted the President’s quid-pro-quo with Ukraine President Zelensky;

6. Exercised unprecedented favoritism of Roger Stone and other Trump allies in the administration of justice;

7. Fired the Southern New York U.S. Attorney Geoffrey Berman who led investigations of many potential fraud and abuse allegations of Trump and his enterprises;

8. Required the Justice Department to open, without direct reasons or evidence, investigations into industries of personal interest to himself or Trump.

And these are only a few of the “accomplishments” of which we are aware.

It’s true that many Trump officials have broken the law but Barr’s actions are especially egregious; Barr is the only official in a position to systematically break the laws about how the laws are enforced.

But Barr’s mischief has not gone unnoticed. After initially discounting emerging talk of impeachment, Chairman of the House Judiciary Committee Jerry Nadler has summoned Barr to testify before the committee on July 28th. Barr, to avoid a subpoena, has consented. If this actually happens, Barr will likely repeat many of his verbal acrobatics observable during previous hearings. As a seasoned witness, he is skilled at messaging words, rephrasing questions and producing generic responses that sit right on the fence between truth and perjury. The hearing will definitely be a show earning high ratings. Most pundits, though, believe the possibility of impeachment is highly unlikely.

Although much can happen in the months before the election, the time is short between now and November 3rd. Barr will continue to protect his “client” and conform to his own job description. It’s too late to show him another one. But with your vote on November 3rd, we can show them both the door.