Re-evaluating role of police in our communities 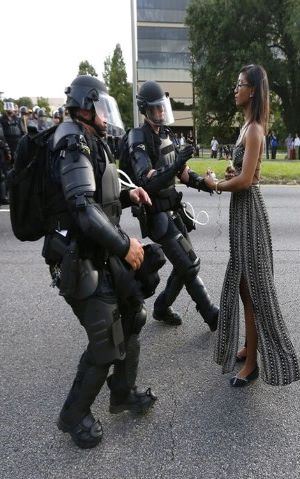 In the wake of George Floyd’s killing, activists have called for re-evaluating the scope of police officers’ work. What would such a re-evaluation look like?

Our county and city leaders and police executives would evaluate if a portion of police funds can be allocated to reinforce meaningful community programs, for example, those addressing youth needs, education, homelessness, drug addiction and mental healthcare. If so agreed, officers will no longer be asked to fill in the gap caused by government budget cuts in these areas, with the benefit of the support of trained professionals. In addition, police training, guidelines and behavior can be re-evaluated to ensure that our communities’ wants and needs from police are being met without racial bias.

Police departments across the nation can seize this opportunity to reconnect with the communities they protect. Officers on recurring patrol in a designated area can collaborate with residents to achieve improved safety without harmful consequences. As they become aware of community needs, they build trust, understanding and mutual respect. Police departments must ensure they have strong, evidence-based policies governing use of force and that officers follow them.

Police departments should take an active, yet introspective, listening role to repair rifts in communities and in redefining themselves.

In Charlotte County, two peaceful Black Lives Matter marches in Punta Gorda were held in June, which included our local police executives’ direct participation and support. There have already been positive outcomes from these marches as well as follow-up meetings, such as the one held in Punta Gorda on June 24. These police efforts to listen to the communities they serve and to respond to its residents’ requests are promising. The Punta Gorda Police Department had already planned to purchase and require use of bodyworn cameras for active duty patrolling officers; Charlotte County Sheriff’s Office (CCSO) agreed to follow suit, albeit without an implementation timeline.

But there is much more that should and can be done. Unfortunately, our U.S. House of Representatives and Senate are not able to agree on a bipartisan bill to address Justice in Policing and our president has issued a weak executive order that does not go nearly far enough. A local response is needed. We cannot wait for the Federal government to act.