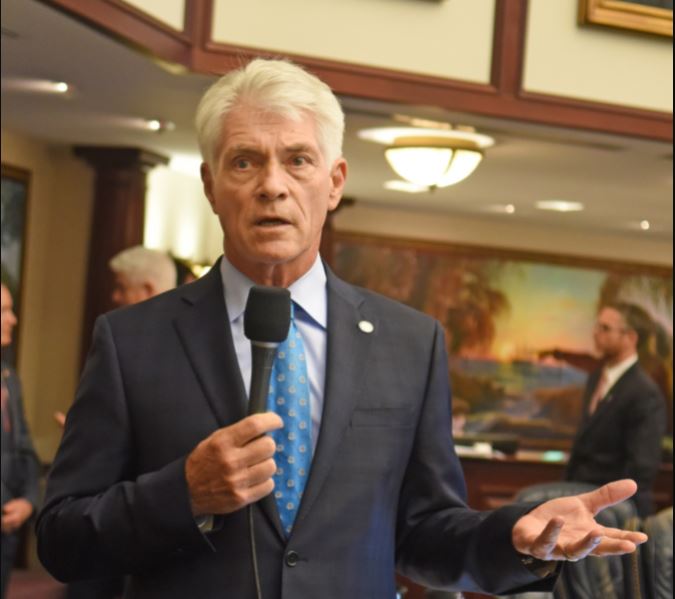 Voters in Charlotte, DeSoto and Sarasota counties could be looking at another state legislator following redistricting of the state in 2022.

One redistricting map proposed by state legislators suggests four districts where three now exist representing southern Sarasota County, Charlotte County and DeSoto County. The map proposes two districts separating Venice and North Port in Sarasota County. Another district would represent western Charlotte and a fourth would include eastern Charlotte and all of DeSoto. This is only one of two redistricting map options for the state house.

The state as a whole will be gaining a new member of Congress due to the population increase measured by the 2020 Census. Early indicators show that the new Congress person will likely come from the center of the state where population growth has been the greatest, according to the News Service of Florida.

“Florida should have had two (Ed: more) seats,” said Jack Brill, chairman of the Republican Party of Sarasota County. “It would have been from Southwest Florida,” he speculated.

Southwest Florida did show substantial growth compared to other parts of the state. But Central Florida’s ninth district grew faster than any other congressional district in the nation, according to the Tampa Bay Times. Many political analysts have complained the 2020 U.S. Census shortchanged Florida during the start of the pandemic.

It is the job of the state legislature every 10 years to generate redistricting maps two years after the Census is complete. Both the state Senate and House have submitted their proposed maps for state senate, state house and the Congressional seat, with at least two options. The job now falls to a joint redistricting committee of 16 Republicans and 8 Democrats, both senators and house representatives. The only local member on that joint committee is Rep. Michael Grant, R-Port Charlotte.

Grant’s move north means current state Rep. James Buchanan will also gain population to the north of his district. Brill said the party does not compare Grant with Buchanan and is happy to maintain Republican dominance.

Some of the proposed Congressional redistricting maps show U.S. Sen. Greg Steube’s district being split up with the urban and rural areas becoming separate districts. Many of Southwestern Florida’s coastal communities are showing substantial growth, while the rural interior of Florida is showing population decline. So the coastal districts including Sarasota and Charlotte counties may shrink in area.

Asked for comment on possible shifts in his district, Steube’s office staff said it is unethical for Congressional members to comment on the work of state legislators on redistricting.

The last time the state redistricted in 2012, legislators were accused of gerrymandering or distorting districts to gain political advantage. The map was ultimately eventually decided by the Florida Supreme Court.

This time around, Democrats actually praised the state Senate’s proposed map release earlier in November, as avoiding the most blatant political bias. But Democrat-allied analysts criticized the state House Congressional maps released Monday as inferior to the state (Ed: Senate) maps, according to the News Service of Florida.

Analysts still expect plenty to fight over in the Congressional redistricting of Florida, including in minority areas around Tampa, according to USA Today.

To accommodate state growth of about 2.7 million in population, state house districts will have to increase in size by about 22,000 people to 179,485. Grant’s current district 75, which is all of Charlotte County, has about 2-6% more people than the new required population. Current district 74 including parts of Sarasota County and represented by Buchanan, has 6-10% more people than required. In contrast, District 56, which (Ed: includes) Desoto County and is represented by Republican Melony Bell, has about 10-15% too few people.

Facebook
Twitter
Email
PrevPreviousWhy do Democrats let Republicans set the terms of debate?
NextFear is exploited to make an excuse to murder and to invade nationsNext