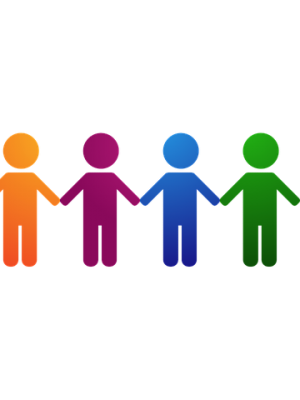 I’m American by birth, but I was educated in Canada, where I was taught a highly sanitized version of my adopted country’s history. Sound familiar?  While we were learning about Canada’s early settlers and their encounters with the Algonquin, Cree and Ojibway tribes, the Canadian government was forcing indigenous children aged 4-16 to attend residential schools, where they “civilized” them by beating, starving and humiliating their language and traditions out of them. It is estimated that 150,000 children were compelled to attend these schools between the 1870s and the 1990s. A hundred and twenty years of forced labor and abuse. Most former residents of these schools cannot talk about the experience even decades later, so deeply ingrained is their trauma.  As students, we were blissfully unaware the truth was our ancestors had stolen the land of Canada’s indigenous peoples and they were still torturing their children. Similarly, the despicable truths of slavery and the Jim Crow south are not typically found in US high school texts; nor, for that matter, is America’s treatment of her own original inhabitants.

In 1968, when I was in the 12th grade, I was fortunate to have an extraordinary history teacher, Lorne (Rocky) Hill. I don’t know what we were supposed to be learning that semester but, following the assassinations of Dr. Martin Luther King Jr. and Robert F. Kennedy earlier that year, Mr. Hill wanted us to understand why the US presidential election was so consequential. So we put our history texts in our lockers and spent September through election day on what was happening south of the border. We studied the Civil Rights movement, and the presidential candidates (including George Wallace), and the differences between the governance of the two countries. I credit my lifelong political activism to Mr. Hill. I only wish I had told him.

A few years ago, I reconnected with a 7th-grade student I had taught in Newfoundland Canada in 1973, a mere 5 years after Mr. Hill’s history class. Baxter Park was an extraordinarily gifted 10-year-old when he was assigned to my homeroom. An eager student and, more importantly, a kind child. He was being raised by his grandparents in a poor, rural fishing community, where most of the kids had little ambition and few dreams.  When I met grown-up Baxter in 2013, I learned that he had just retired as a high ranking Naval Chaplain in the Canadian Armed Forces. He told me, over the course of his career, he had consistently bucked the hierarchy of the Anglican Church, in which he was ordained, by fighting for women’s and gay rights. He had a particular interest in the Haida First Nation of western Canada, whose way of life was negatively impacted by climate change.  He warmed my heart when he told me that he had acquired his liberal views and desire to be politically engaged in 7th grade Language Arts, where apparently I had spent quite a bit of time discussing Women’s Rights. Needless to say, that wasn’t in the curriculum.  I had learned Mr. Hill’s lesson well.

In 1955, a 15-year-old son of sharecroppers from Troy, Alabama, named John Robert Lewis, influenced by the beating death of 14-year-old Emmett Till in Mississippi, heard Dr. Martin Luther King Jr. on the radio and an activist was born. As a very young man, he served as the chair of the Student Nonviolent Coordinating Committee (SNCC), from 1963-66. He was the youngest speaker at the March on Washington in 1963, where Dr. King delivered his I Have a Dream speech. He participated in the Freedom Rides throughout the south and in the marches from Selma to Montgomery, which culminated in the 1965 Voting Rights Act. In 1986, he was elected to represent the Atlanta area in the US House of Representatives, where he served until his death on July 17. He was a tireless crusader for voting rights throughout his long and storied career. Despite being severely and repeatedly beaten and jailed, he never succumbed to violence. He was an uncommonly peaceful man; cut from the same cloth as Gandhi and Mandela.

But it was through the words of those who spoke at his funeral at Ebenezer Baptist Church, a hallowed space where Dr. King had preached, that America learned just how extraordinary he was. Not only was he a legend in the Civil Rights movement, but he was also a beloved family member and revered among his congressional colleagues. And maybe most importantly, he was truly cherished by those who worked for him, as articulated so passionately by his Deputy Chief of Staff, Xernona Clayton. Reverend James Lawson, at 91, another hero of the Civil Rights movement, spoke eloquently about Lewis’ lifelong fight for justice, not only for Black people but for everyone whose rights are infringed. A true American hero and a gift to our nation.

On the day of his funeral, in a New York Times op-ed , Congressman Lewis implored the new alliance of Black Lives Matter activists to continue the march toward justice for all. He knew how important it is to guide and nurture the young, whose voices and actions are necessary for change.  Ever the teacher.

“Democracy is not a state. It is an act, and each generation must do its part to help build what we called the Beloved Community, a nation and a world society at peace with itself.”  John Lewis, New York Times, July 30, 2020

While Trump speaks as if he is channeling George Wallace from 1968, it is time for us to channel John Robert Lewis and get ourselves into good trouble. Donate to a historically Black College or University (HBCU) or the United Negro College Fund. Support minority businesses. Mentor a young activist. March. Vote. Volunteer. Learn the truth and then tell it.