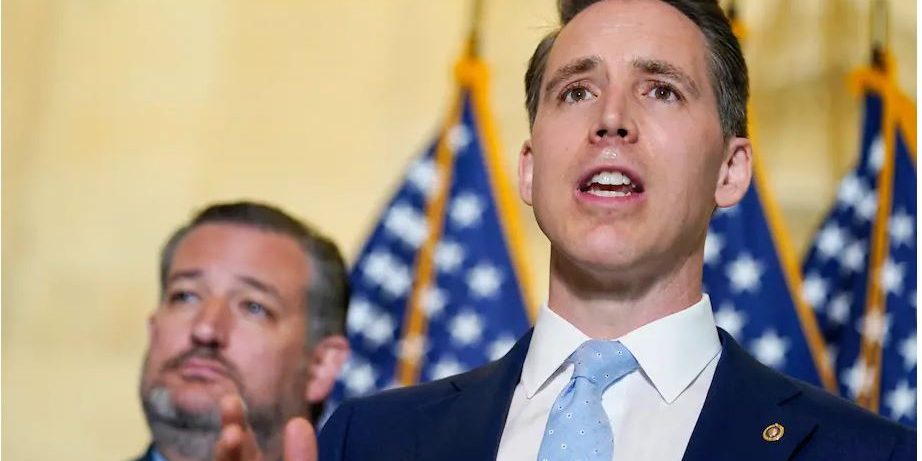 John Boehner first realized “the crazies” were taking over the Republican Party during the 2008 financial crisis, two years before the tea party wave made him speaker of the House and seven years before Donald Trump descended a golden escalator to run for president.

The moment of clarity came when 133 House Republicans voted down a $700 billion rescue package sought by President George W. Bush. To Boehner, then minority leader, these members seemed more worried about pleasing Fox News’s Sean Hannity than preventing another Great Depression. Four days later, after tanking markets wiped out trillions of dollars in wealth, Boehner twisted enough arms to pass the bailout, but 108 of his members still voted no.

“None of the so-called conservatives who were willing to blow up our economy ever paid any price,” Boehner laments in “On the House,” his memoir that published Tuesday. “It was a story I would see played out over and over again in the next few years.”

Boehner is correct, if not blameless, in his diagnosis of what caused the GOP to become unable to govern responsibly or effectively: The lack of meaningful consequences for political arsonists since 2008 has warped incentives for ambitious Republicans, radicalizing the party and paving the road that led to the attack against democracy itself on Jan. 6. “The legislative terrorism that I’d witnessed as Speaker had now encouraged actual terrorism,” Boehner writes.

Boehner calls Trump “a product of the chaos we’ve seen in our political process” since 2008, but he also admits he voted to reelect the former president last November because he liked his judicial nominees. He writes that he went along with shutting down the government in 2013, even though he knew the strategy to defund Obamacare was reckless and futile. “Sometimes you have to let people blow themselves up to make a point,” he explains. The former Ohio congressman concludes his book, written from retirement in Florida, by calling the failed insurrection “a wake-up call for a return to Republican sanity.”

Three months later, no one can argue that’s happened. Sen. Josh Hawley said he will “never apologize” for organizing efforts to reject Joe Biden’s electors, alongside Sen. Ted Cruz (R-Tex.), whom Boehner describes as “head lunatic.” Hawley’s move alienated mentors and early supporters, but he raised more than $3 million from 57,000 small-dollar donors in the three months after Jan. 6. The junior senator from Missouri now finds himself inundated with invitations to speak at Lincoln Day dinners.

And, entirely foreseeable, several corporations that suspended donations after Jan. 6 have resumed writing checks to lawmakers who voted against certifying Biden’s victory. JetBlue was first to back off, contributing to Rep. Nicole Malliotakis (R-N.Y.), who is a member of the committee with jurisdiction over aviation.

Trump, a registered Democrat until 2009, hijacked the GOP five years ago. Republican leaders are terrified of the ex-president’s sway with the grass roots, but they also suffer from Stockholm syndrome. How else can you explain last weekend’s Republican National Committee gathering at Mar-a-Lago?

The former president, repeating false claims that he won in November and keeping the door open to running again in 2024, used his Saturday speech to again attack Sen. Mitch McConnell (R-Ky.) as a “dumb son of a bitch” for not trying to overturn the election. The minority leader holds Trump responsible for provoking Jan. 6, which McConnell called a “disgraceful dereliction of duty,” yet nevertheless voted to acquit him after his second impeachment trial. He declined to respond to Trump’s latest broadside. The same weekend, Sen. Rick Scott (Fla.), the National Republican Senatorial Committee chairman, presented Trump with a “Champion for Freedom” award, a prize created for their meeting.

While individual members have yet to pay a discernible price for playing these games, the antics have taken a toll on the party’s brand. Fresh Gallup polling shows 49 percent of Americans identify with or lean toward Democrats, compared to 40 percent for Republicans. That’s the widest gap since 2012.

Boehner believes neither he nor former president Ronald Reagan could win as Republicans today. But there are no indications GOP leaders will listen to his calls for “sanity.” When someone with a sense of humor dropped off a signed copy of Boehner’s book at Cruz’s office, the Texan tweeted a picture of the gift in his fireplace. “The appropriate place,” Cruz wrote.

For his part, Boehner remains angry at Republicans who voted against the Troubled Asset Relief Program in 2008, which he calls “one of the more successful economic measures ever passed by Congress.” He notes that all the money spent was paid back, with interest, by the companies saved from collapse.

Rep. Kevin McCarthy (R-Calif.), now House minority leader, was not just one of the 147 lawmakers who voted to overturn the 2020 election. He was also among the 108 Republicans who voted against TARP both times in 2008. The inmates now run the asylum.