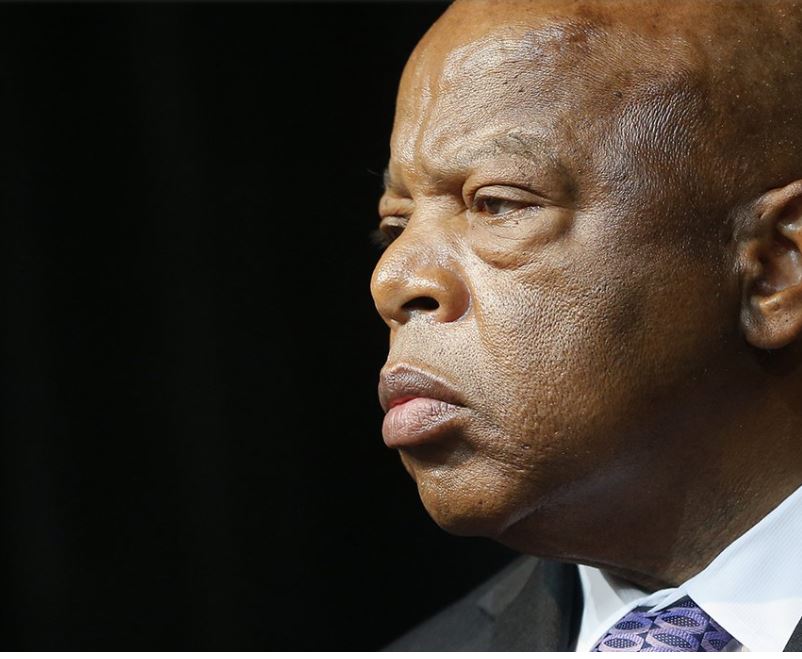 Recently, I passed a car with a bumper sticker displaying the word “Democrat” with a big red “X” across it. I later did a Google search for “Hate Democrat” bumper stickers.

Wow! What a depressing eye-opener that was.

I was left wondering: How do we engage with people who hate us before we even open our mouths and say a word? “You’re a Democrat” is all they need to know to hold us in disdain or worse.

As I was wallowing in self-pity about the sad state of affairs in our world, I recalled a recent visit to Selma, Alabama during which we toured the museum at the base of the Edmund Pettus Bridge where freedom marchers in 1965 were brutally attacked by police. One of the museum exhibits is a grainy black-and-white film graphically capturing events during the march.

The film is riveting.

Police with clubs stand at the bottom of the bridge as protesters move toward them. At the head of the march is a smallish man in a suit and raincoat wearing a tidy backpack – future U.S. Congressman John Lewis. As he and the other marchers move forward, police officers begin beating them with clubs. As protesters fall, arms over their heads trying to protect themselves, police continue to pummel them mercilessly. It’s a hard scene to watch causing one to imagine the horror of being there that day. Lewis was brutally beaten and suffered a skull fracture. 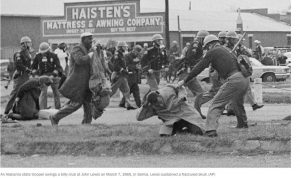 The intention of the series of marches that year was to bring attention to black voting rights. The Selma March had even more meaning as it followed on the heels of the killing of Jimmie Lee Jackson, a war veteran, murdered by a police officer during a voting rights protest.

Remembering these chilling events is like a slap in the face.

John Lewis and other civil rights leaders persisted in the presence of brutality and racism one can hardly imagine, ultimately leading to passage of the Civil Rights Act of 1965.

And I’m whining about a nasty bumper sticker?

Our response to hatred and bigotry must be to stand for something better. Our Charlotte County Democrats Messaging Guide states simply:

“We stand for all that is ‘all the people.’”

We can’t let ourselves be discouraged by vitriol and hate. John Lewis didn’t let that stop him and neither should we.

“Nothing can stop the power of a committed and determined people to make a difference in our society. Why? Because human beings are the most dynamic link to the divine on this planet.”

― John Lewis quotation from: Across That Bridge: Life Lessons and a Vision for Change