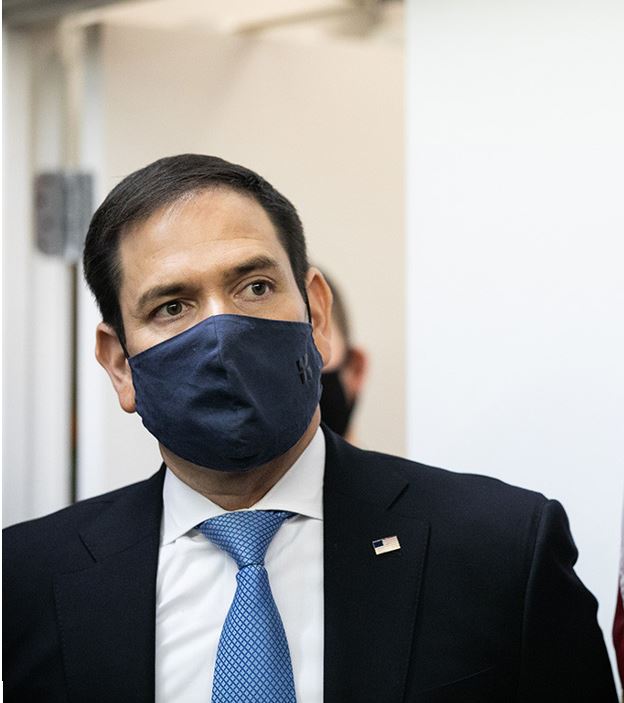 Sen. Marco Rubio suggested on Tuesday that he would oppose confirmation of President-elect Joe Biden’s national security team, presaging the first sign of potential Senate battles to come if Republicans maintain control of the Senate.

“Biden’s cabinet picks went to Ivy League schools, have strong resumes, attend all the right conferences & will be polite & orderly caretakers of America’s decline,” he tweeted. “I support American greatness. And I have no interest in returning to the ‘normal’ that left us dependent on China.”

In recent days Biden has announced plans to nominate Antony Blinken as secretary of State and Linda Thomas-Greenfield as U.S. ambassador to the United Nations — jobs whose occupants require Senate confirmation. The president-elect has also named Jake Sullivan as his national security adviser, a White House role on which the Senate has no say.

Blinken, Thomas-Greenfield and Sullivan join a handful of other high-profile nominees — former Secretary of State John Kerry among them — who have thus far been light on surprises and heavy on experienced hands and veterans of the Obama administration. Biden has not yet announced his pick for Defense secretary, a centerpiece of the national security apparatus, despite widespread speculation that the job would go to Michèle Flournoy.

Rubio ran for president in 2016 and remains one of the GOP’s highest-profile lawmakers. The Florida senator, a child of Cuban immigrants, has been especially vocal on issues related to foreign policy, and his concern about the U.S. relationship with China dovetails with one of the Trump administration’s basic international relations tenets.

Biden has vowed to counter China’s growing influence on the world stage while breaking from President Donald Trump’s unconventional approach to foreign affairs — especially with regard to the United States’ traditional allies, whom Trump at times has alienated and cajoled.

But the president-elect has to walk a fine line with his choices for administration posts that need Senate approval given the razor-thin margins in the chamber and the likelihood that nominees will need to garner Republican support to win confirmation. Some Republican senators have recently indicated a willingness to sign off on Biden’s Cabinet selections — while warning they will sink nominees they believe to be out of the political mainstream — potentially defusing what would be an early standoff in Biden’s presidency.